Everyone knows something about Japan’s mysterious Geisha, but nobody seems to really understand what they do. Hollywood films like “Memoirs of a Geisha” seem to have only added to the general confusion, so let’s get some facts straight! Geisha are traditional female entertainers in Japan, nowadays mostly active in the city of Kyoto. Here are 5 more facts about Geisha:

The literal meaning of the word “Geisha” is artist, where “gei” means art and “sha” translates into person. Geisha is the term used in Tokyo, but they are also called “Geiko” (Kyoto) or “Geigi” in other parts of Japan. Geisha strive to be living works of art and are expected to be experts in traditional dance, classical music, conversational skills, and tea ceremony. In western terms, geisha are often mistakingly assosciated with prostitutes. This misunderstanding probably arose during World War II, when Japanese prostitutes presented themselves as geisha to attract American soldiers. 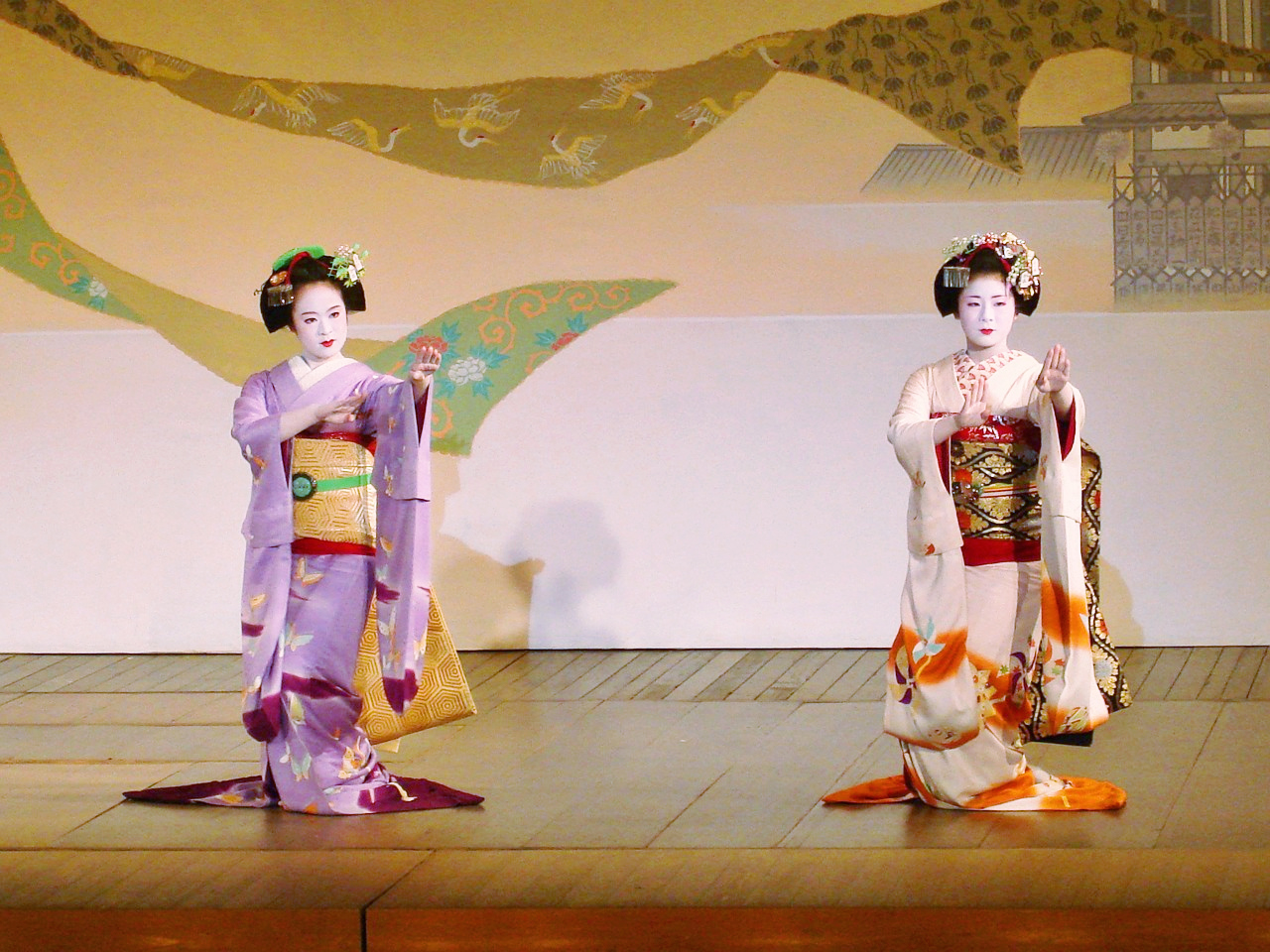 In Kyoto, where most modern-day geisha can be found, apprentice geisha are called maiko (“dancing child”). Maiko train several years before they can become geiko. They are usually between the ages of 15 and 21. Kyoto maiko can start their training at 15, although girls in other parts of Japan have to be at least 18 years old.

When seeing a geisha you might not even notice, but most of the time geisha wear special wigs called “katsura”. These are made by professional traditional wig makers. Except for special occasions, geisha will almost never use their own hair. Apprentice geisha in Tokyo will usually wear a wig as well. However, maiko in Kyoto will use their own hair, although it is not uncommon to use hair extensions. Maiko are expected to keep their updo in perfect condition until the next visit to the hairdresser, so they sleep on a special support (takamakura) instead of a pillow. After an extended period of wearing such hairstyles, maiko can develop a bald spot, which some consider a “medal of honor”. 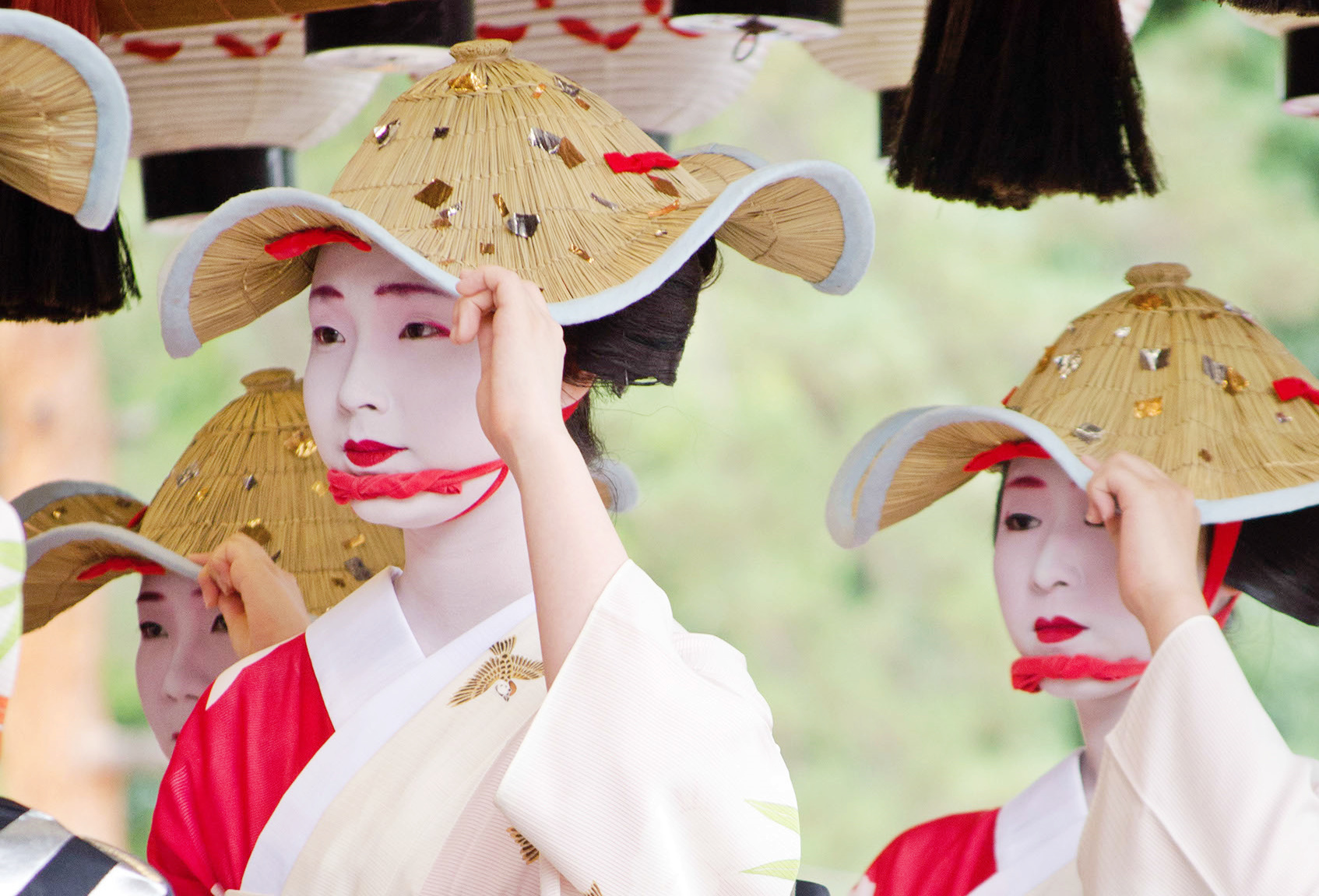 Geisha will only use the colors red, black and white. Maiko wear the most elaborate make-up styles and will always have their faces painted white for business engagements and formal events. When wearing the white make-up, maiko will leave some areas on their nape unpainted, usually forming a typical W-shape pattern. Make-up also reflects seniority. First year maikos only paint their bottom lip, since full lips are for more experienced artists. Senior geisha will usually not wear the typical geisha make-up anymore, except for formal events and special performances. Although rare, there are some apprentice geisha who will paint their teeth black as they enter their last stage of training. This used to be common practice for married women in Japan.

5. Maiko or Geiko: It’s All in the Kimono

Apprentice geisha usually wear colourful kimono with even brighter “obi”, or sashes. Kyoto maiko are famous for their “darari obi” (dangling sash), which always includes the crest of the their okiya (geisha house). To give them a youthful look, maiko wear longer kimono sleeves. Kimono patterns will be more extravagent for junior maiko and become increasingly subtle as the maiko matures and eventually becomes a geisha. Geisha’s kimono are more modest and their colors are more subdued. Geisha have much shorter obi, usually tied in “taiko musubi” (drum knot). For both apprentice and full-flegded geisha, kimono colours will vary according to the seasons.

+  Beautiful Concepts from Japanese Philosophy That Will Enrich Your Everyday Life