Rapa Nui, better known as Easter Island, is a Chilean island in Polynesia. The entire island has been an official UNESCO World Heritage Site since 1995 and most of the area belongs to Rapa Nui National Park. The island consists of beautiful grassy hills and old volcanoes, but did you know the treeless island used to be a tropical forest? I’ve done some ‘serious’ internet research and collected 5 facts about Rapa Nui! 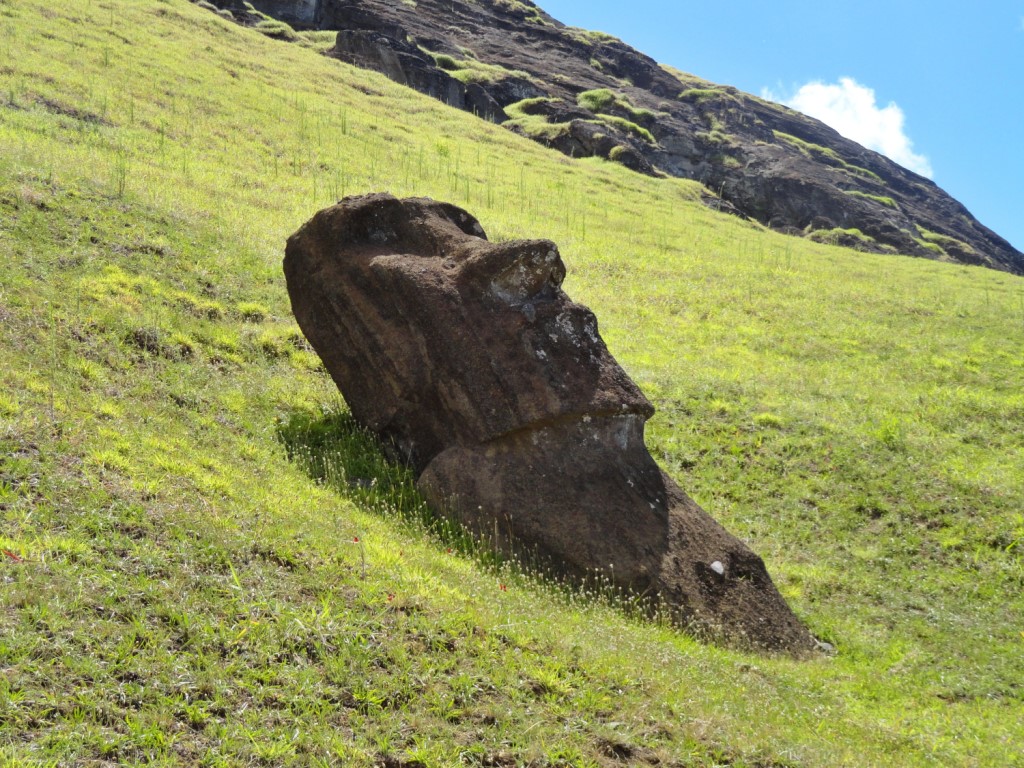 Rapa Nui is best known for its 887 mysterious monolithic figures called Maoi (Ma’oi). Each maoi likely represents the deceased ancestral head of a family. Most people think that the iconic statues are enormous stone heads, but an excavation in 2012 revealed that those heads actually have bodies, hidden in the soil. Over time, many Maoi became partially buried in the ground. Some of the statues have large torsos attached to the head, while others have a complete body (carved in a kneeling position). 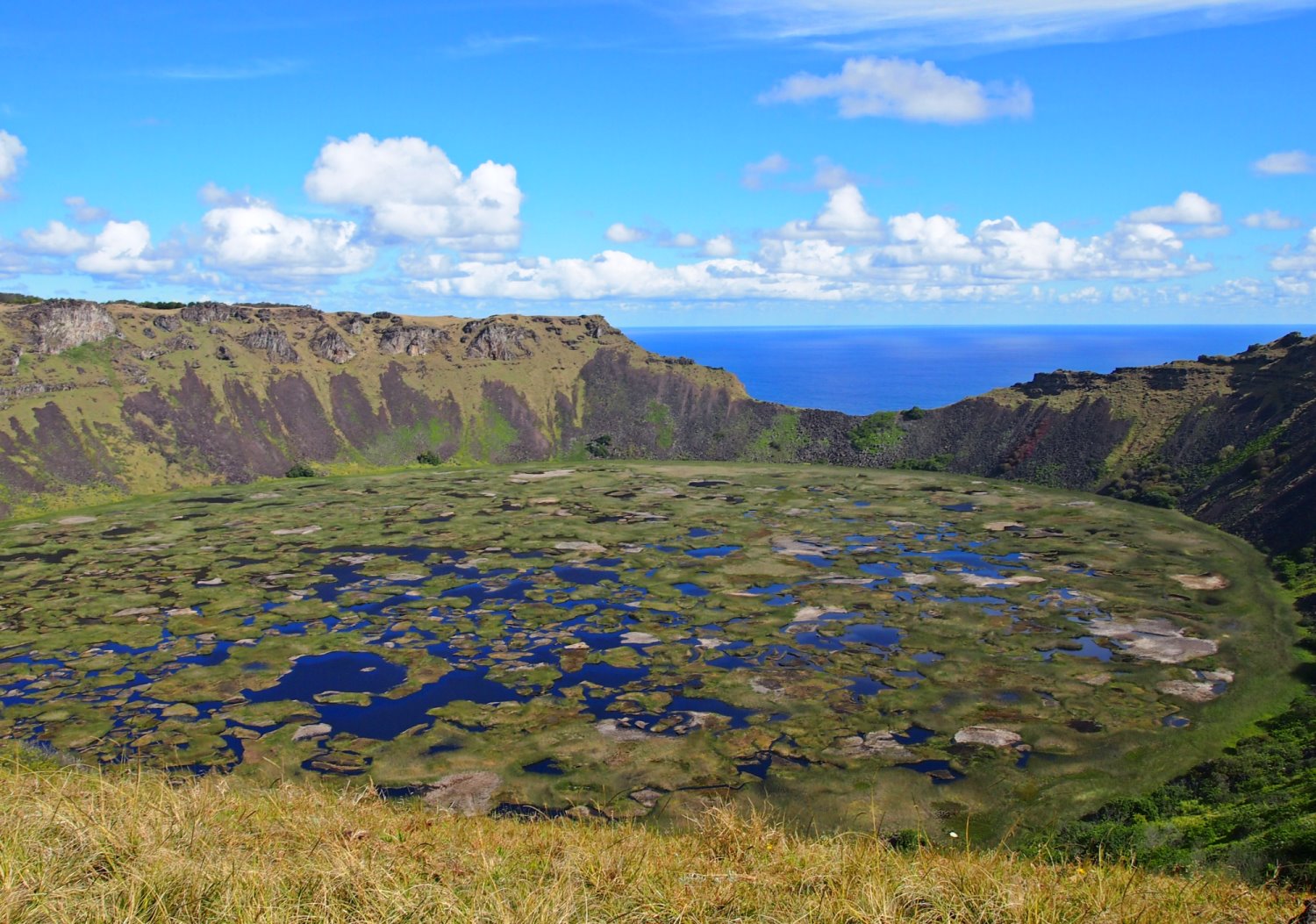 Rapa Nui’s landscape is very hilly. Naturally, those hills didn’t come of out of nowhere. Easter Island was the result many volcanic eruptions in the Pacific Ocean. The oldest eruption dates to about 3 million years ago. The most recent volcanic activity occurred over 100,000 years ago. The volcanic activity below the surface has since moved elsewhere and all three volcanoes on the island are now considered extinct. One of the volcanoes, Rano Kau, has a colossal crater lake of more than a kilometer in diameter. Nearly all maoi were carved from solidified volcanic ash from the Rano Raraku volcano.

3. From Tropical Forest to Treeless Grassland

Nowadays, Rapa Nui’s landscape mostly consists of green plains and grassy hills. This landscape, however, is the result of a relatively recent transformation. Rapa Nui used to be home to several species of trees, including large palm trees. Human activity, the introduction of the Polynesian rat (who probably hitchhiked along with the first human settlers), and overpopulation eventually led to complete deforestation. The native inhabitants of Rapa Nui lacked natural resources and became severely weakened. The population dropped from about 15,000 to 2500 over the course of the 18th century. The introduction of European diseases and Peruvian enslavement later brought numbers to an extreme low: 111 inhabitants in 1877.

+  4 Things to Do in the Eifel Region in Germany 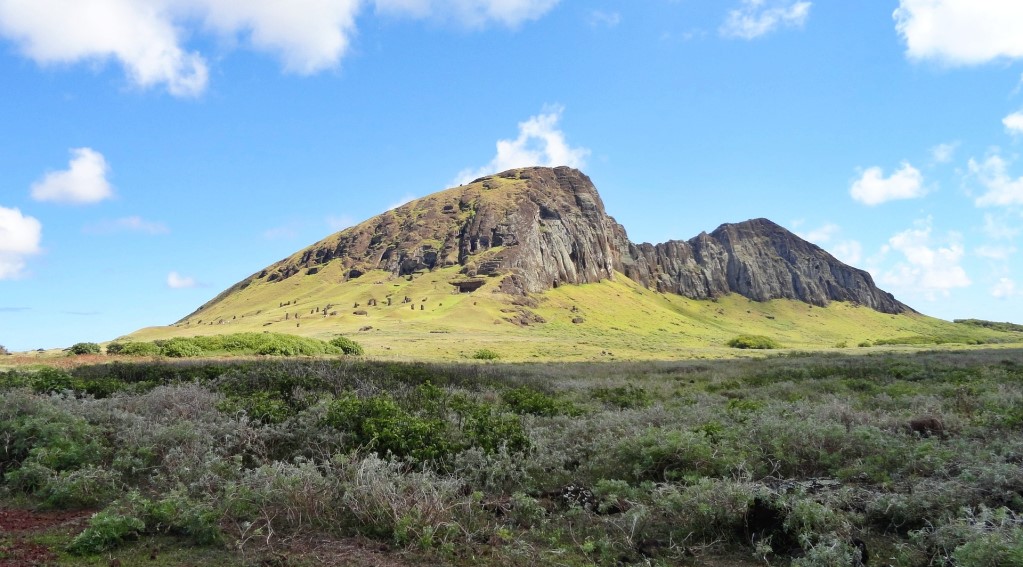 4. Story Behind the Name: Why Easter Island?

Rapa Nui was first named ‘Easter Island’ when the first recorded European explorer, Jacob Roggeveen, arrived on the island on April 5, 1722: Easter Sunday. Before that, Tahitian sailors called the island ‘Rapa Nui’ (Great Rapa). They named the island after a similar Polynesian island called ‘Rapa Iti’, which means ‘Little Rapa’. Older known names of the island are ‘Te Pito o Te Henua’ (The Center of the World) and ‘Mata-Ki-Te-Rani’ (Eyes Looking at Heaven). 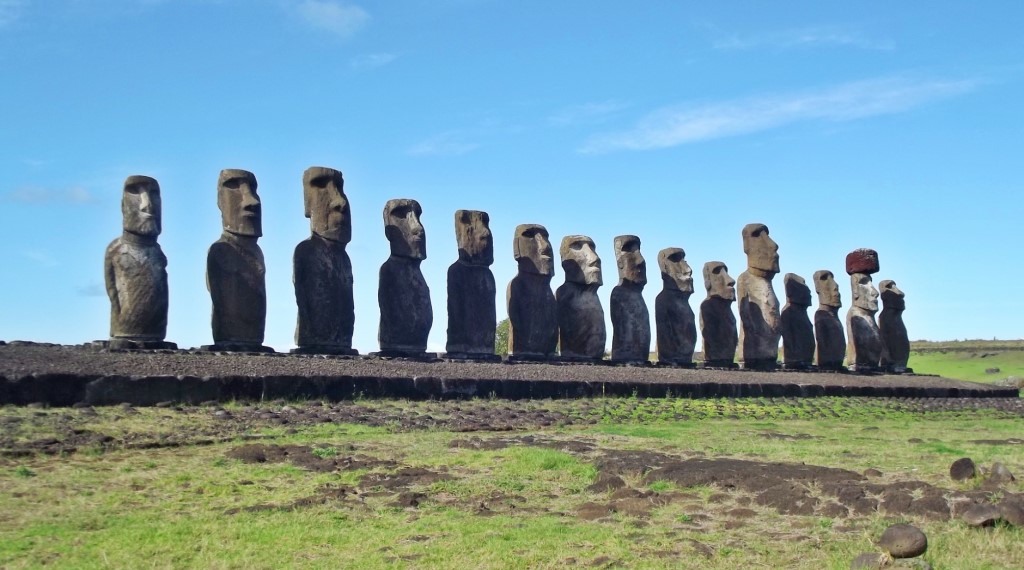 Rapa Nui and its mysterious Maoi figures are extremely valuable pieces of world heritage. Unfortunately, both the island and its monuments might be endangered by the consequences of climate change. The island recently made Smithsonian’s list of famous landmarks threatened by climate change. The rising sea level and bigger waves could cause crucial damage to the island and its monolithic monuments. The lack of trees has already made the island particularly vulnerable to soil erosion.