Everyone knows where to find the White House and Capitol in Washington DC. In addition to that, the Lincoln and Jefferson Memorial aren’t short of visitors either, but what else is there to see near the National Mall? Here are 5 things not to miss in Washington DC!

5 things not to miss in Washington DC

The Thomas Jefferson Building (Library of Congress) in Washington is the largest library in the world. The massive library is located directly behind the Capitol. In 1815, it started its life as a research library of the American Congress, while the Thomas Jefferson building itself stems from 1897. Its ceilings are absolutely gorgeous and the library halls are truly impressive. The library’s collection also includes famous Bibles, like the Giant Bible of Mainz and the Gutenberg Bible.

The library is open Monday through Saturday from 08:30 am to 5 pm. There is no entry fee. Another option is to join a free guided tour that lasts about an hour. Importantly, you should first check the opening hours before you go, since the library is closed on holidays. 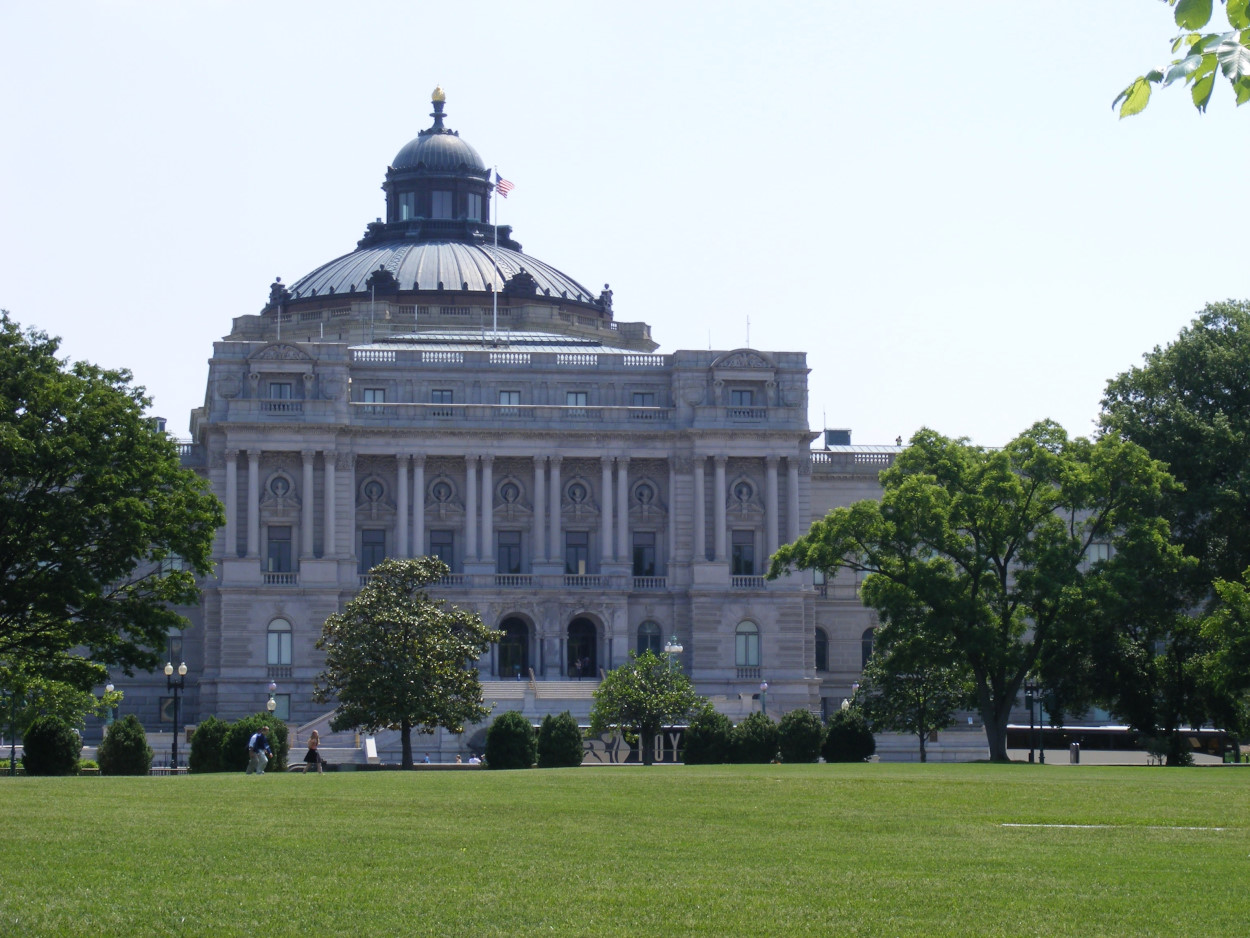 The complete Smithsonian collection consists of 19 museums and the National Zoo. The majority of the museums and the zoo are free and are open most days of the year. Our absolute favorite museum is the National Air and Space Museum. This is where you can find the Wright brothers’ airplane from 1903. The “Spirit of St. Louis” was the first airplane that Charles Lindbergh used to cross the Atlantic Ocean in 1927. The museum also houses the Apollo 11 capsule that put the first humans on the moon.

The Washington Monument or Obelisk in the middle of the mall is hard to miss. The view of the 169 m tall monument from the Capitol is incredible. The Obelisk is made of marble, granite, and sandstone and was erected for the first American president: George Washington.

You will need to reserve tickets to visit the monument. Nevertheless, the tickets are free and you only need to pay a service charge. The only downside is that these tours are often already fully booked months ahead. You can try to get in queue very early in the morning (around 08:30) to secure a ticket for the same day. The first people will start queuing first thing in the morning and the number of free tickets is limited. 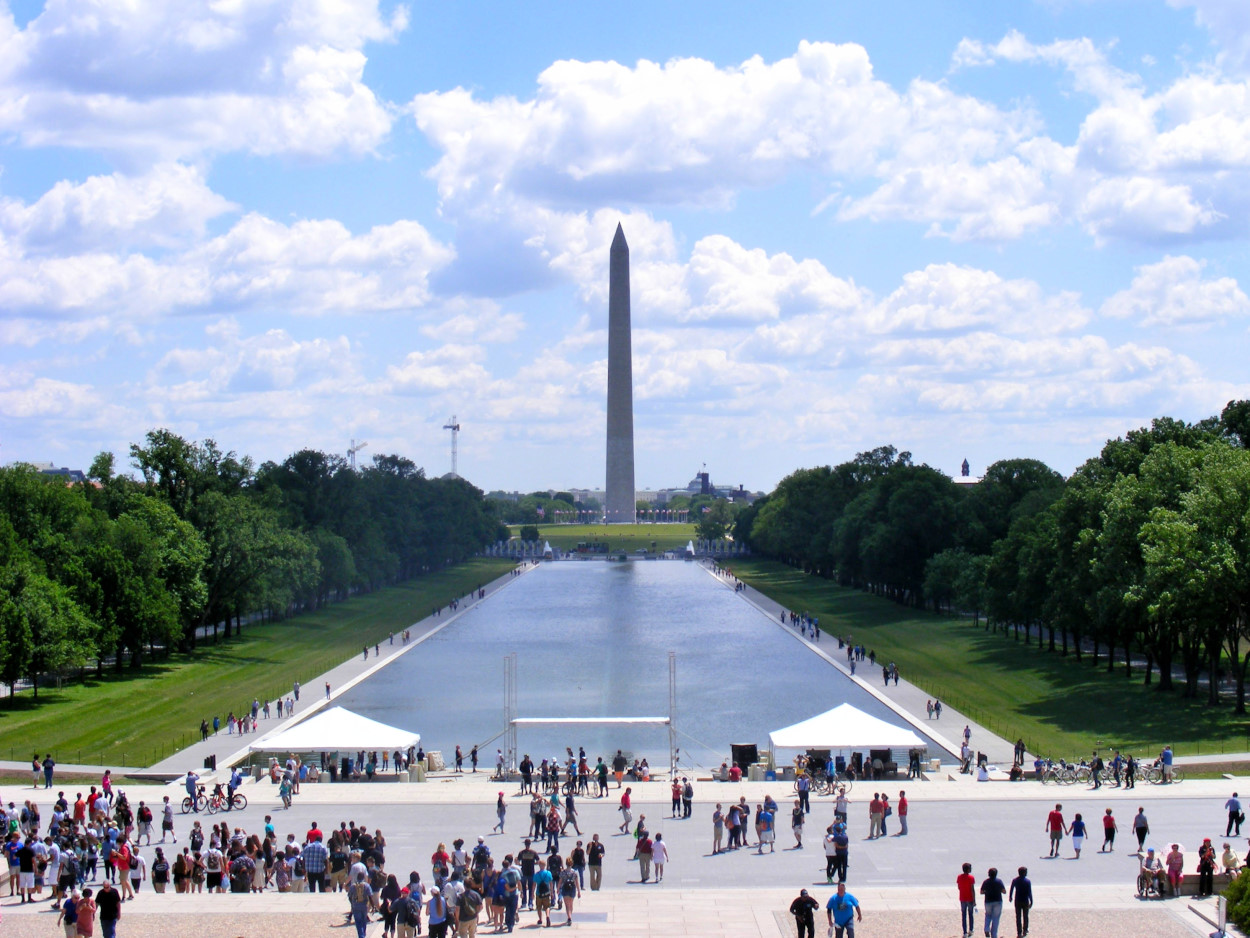 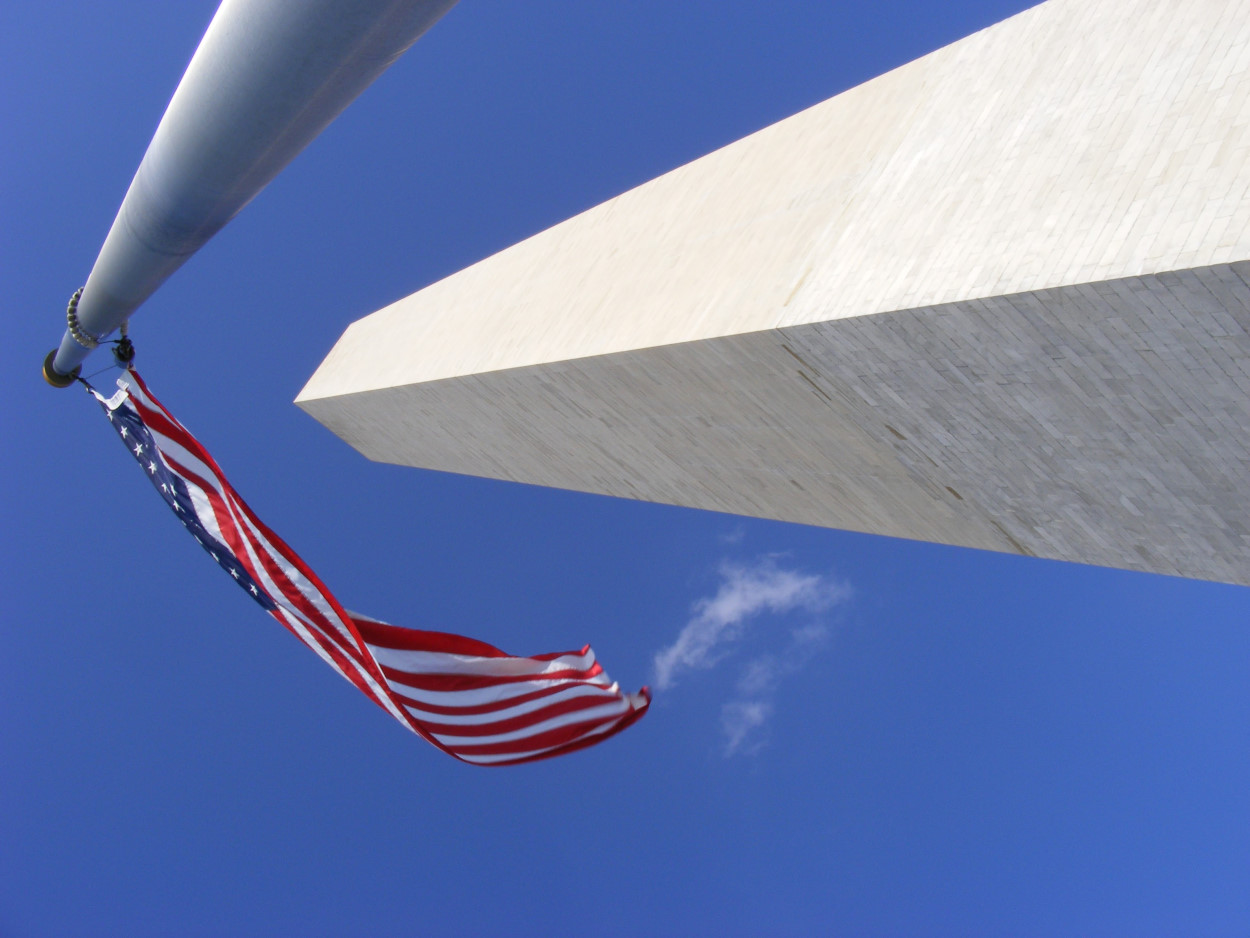 The Martin Luther King, Jr. memorial opened to the public only recently, in 2011. The memorial honors the baptist minister, political leader, prominent member of the American civil rights movement, and Nobel Laureate. King opposed the racial segregation in the US and gained an iconic status for his 1963 speech “I have a dream.” Martin Luther King Jr. was murdered in Memphis in 1968. 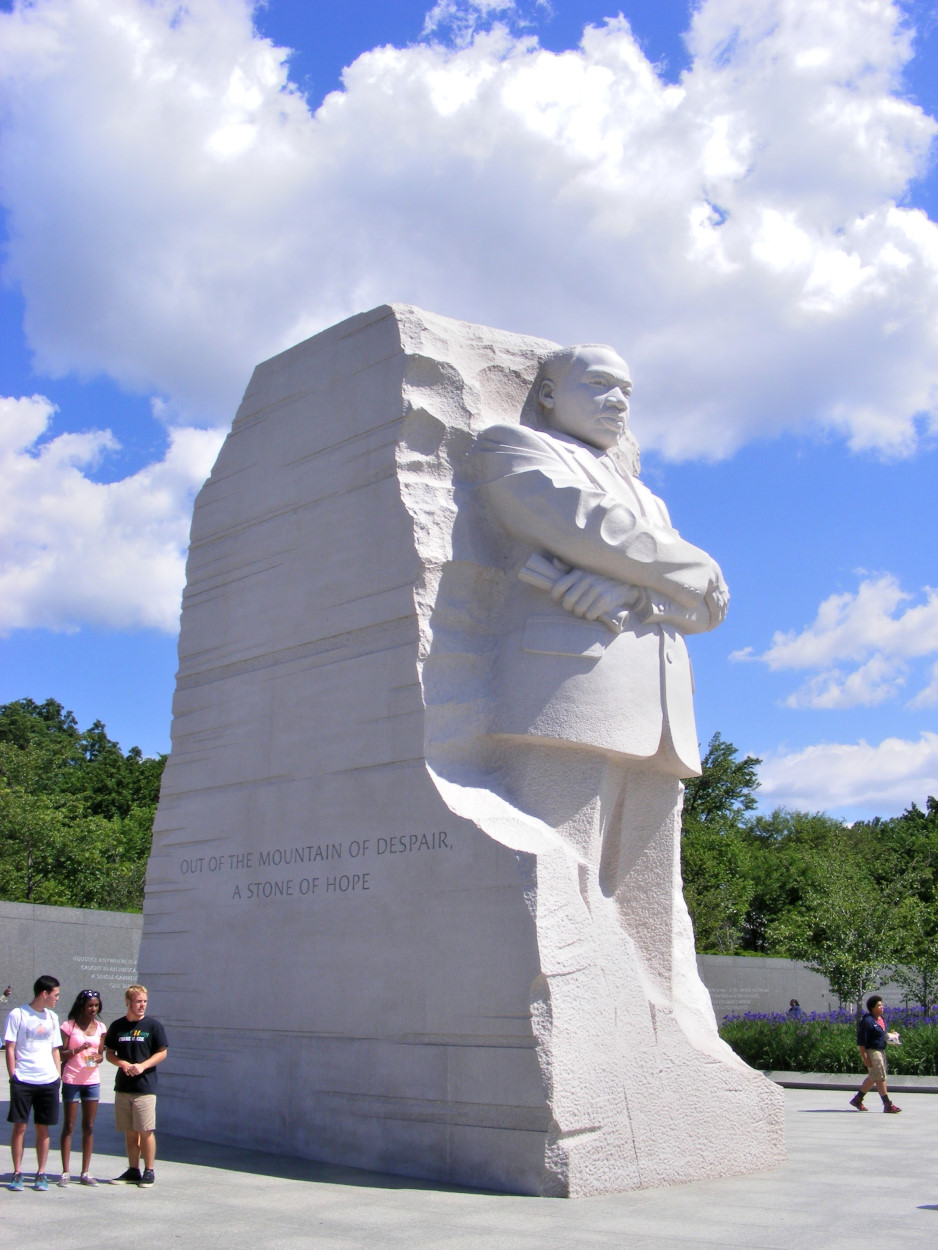 The Korean War Memorial’s shape is that of a triangle that crosses a circle. Within that shape are 19 sculptures of soldiers, who represent a unit on patrol. Next to the sculptures is a 50 meter granite wall, as well as a large pond. Eventually, all these components came together as one impressive memorial. The day we visited the memorial was actually memorial day, so many people left flowers near the monuments. 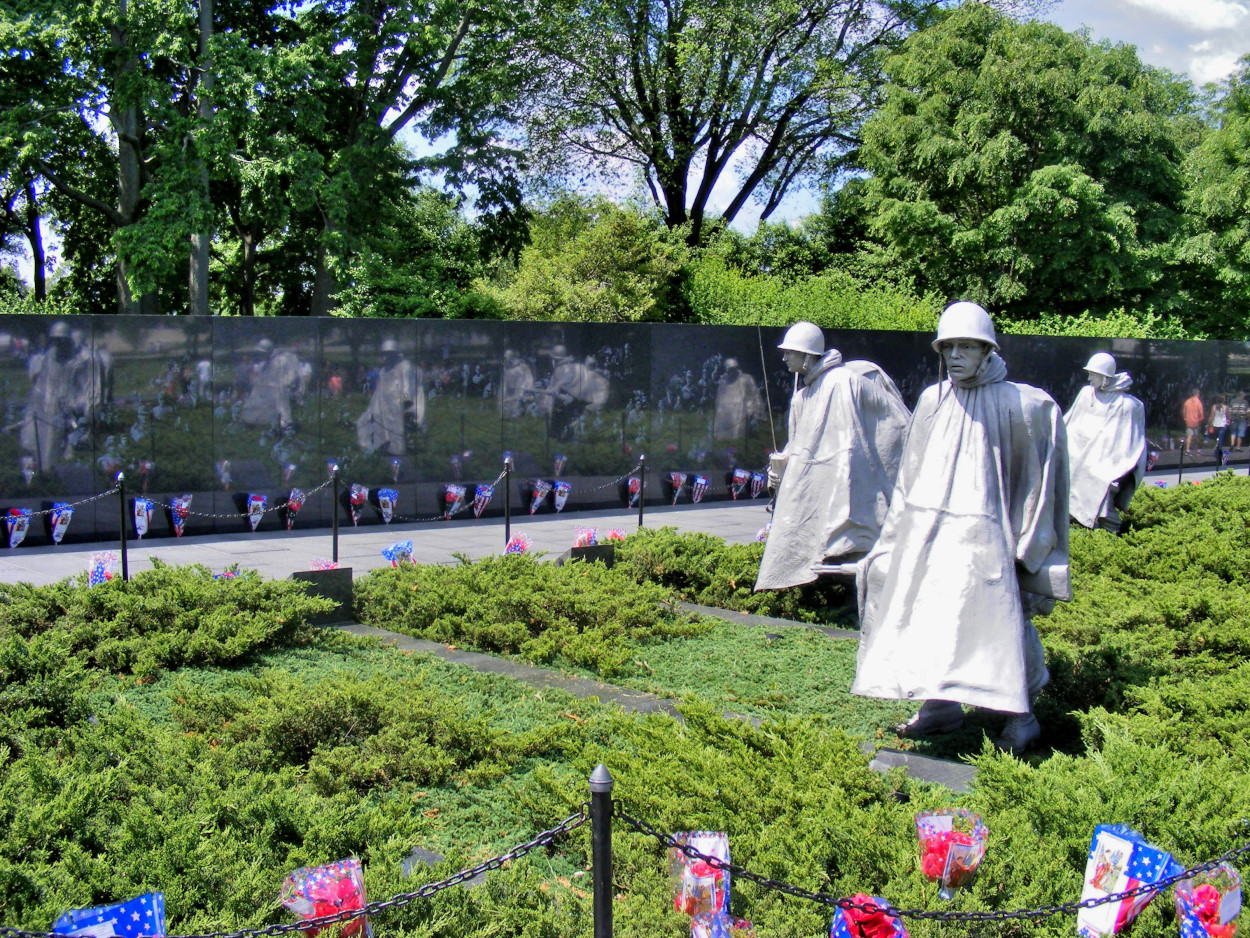 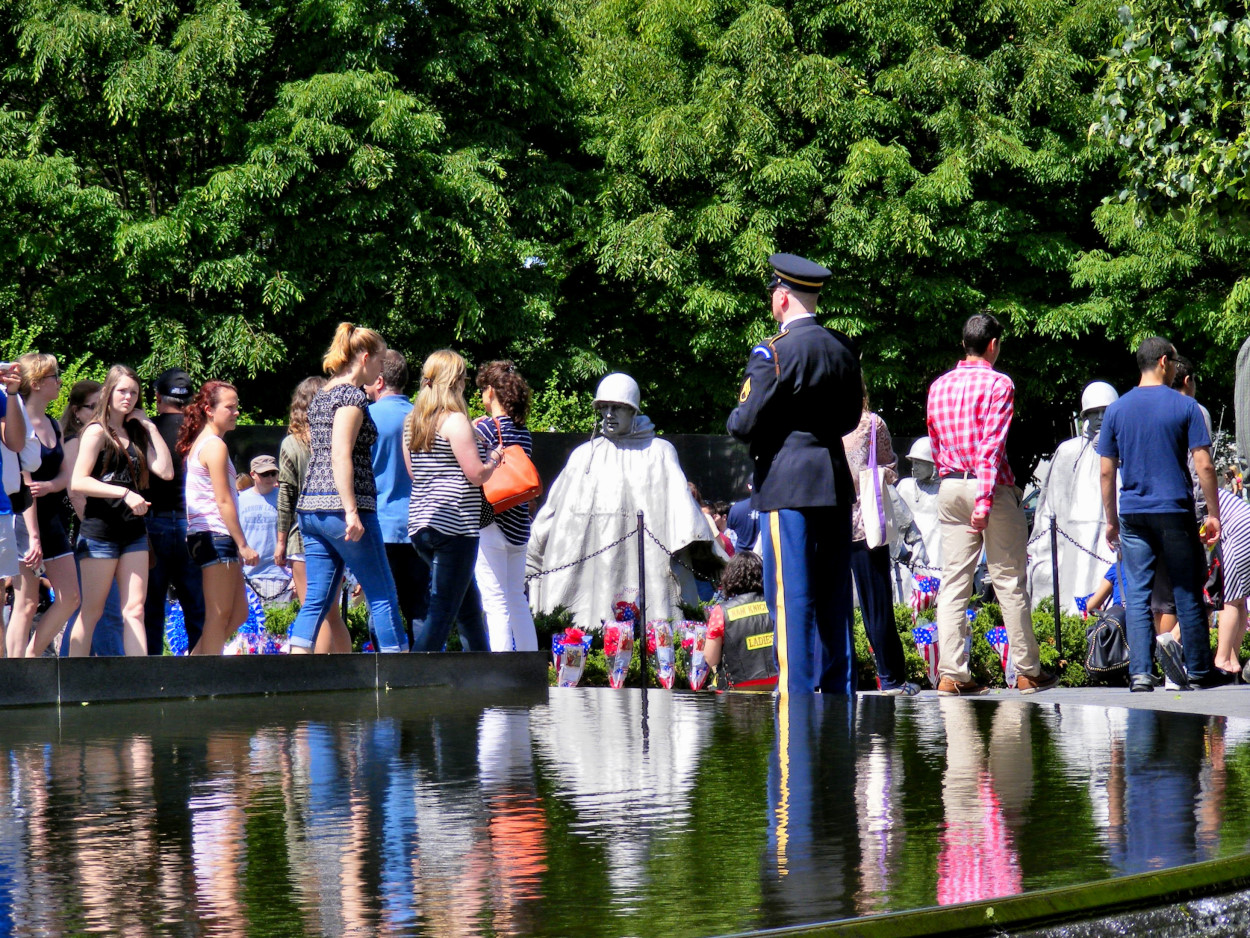 The Vietnam Veterans Memorial from 1982 consists of a large wall that features 58000 names of fallen soldiers. The wall is accompanied by a bronze statue from 1984, named “The Three Serviceman”. These three soldiers represent a European American, African American and Hispanic American that are looking at the names on the wall. You will also find a monument from 1993, dedicated to all the fallen women that served in the war. Most of these women were nurses. 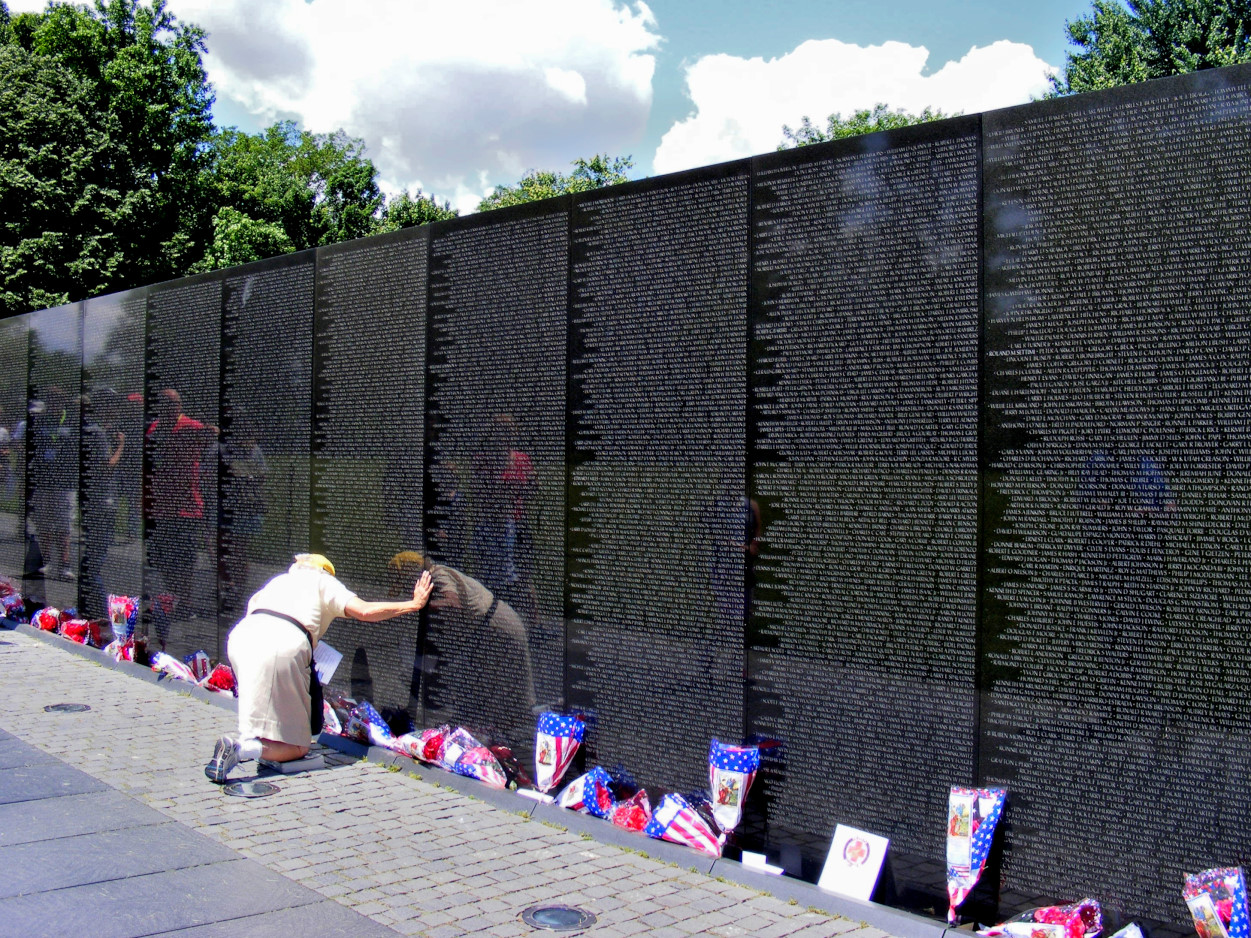 Hi! My name is Marjon and I am a travel addict. As soon as I get back from a trip, I start planning my next one. I am interested in nature, culture and everyday life around the world. My favourite roadtrip destination is the USA. I am always on the look-out for quirky things to photograph and I’m excited to share my journeys with the Globonaut community!

+  How to Spend a Weekend in Rome Beyond the Tourism