Yesterday (April 29) was the day of the People’s Climate March 2017. Hundreds of thousands of people around the world decided to head to the streets and spread the message: we need to respect the Earth’s climate. An important step in that mission is introducing the right policies. Unfortunately, the Western political sphere doesn’t seem to be heading in the right direction. The march also marked President Trump’s 100 day in office, whose administration is reconsidering the Paris Agreement and wants budget cuts for the Environmental Protection Agency (EPA). 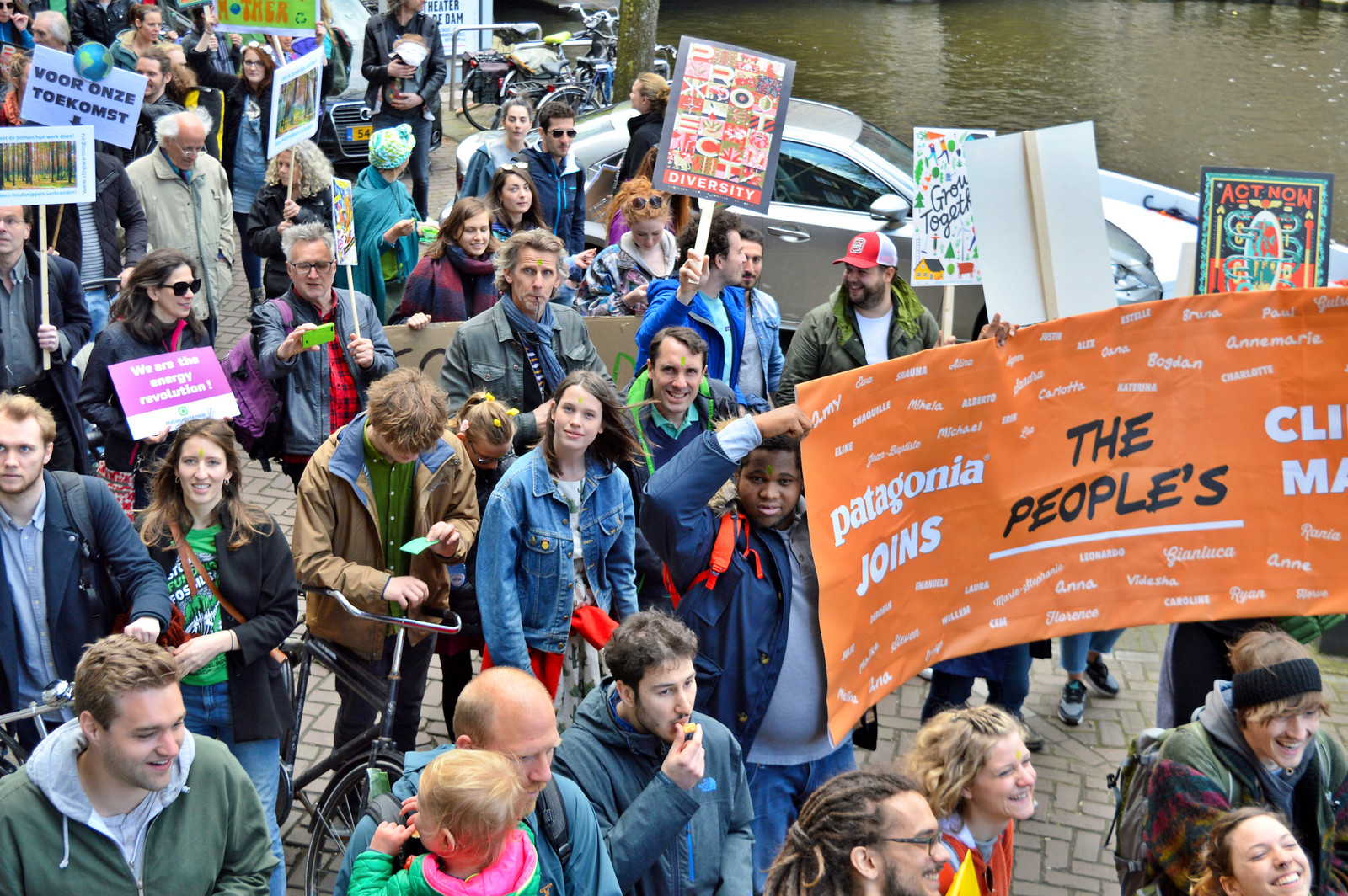 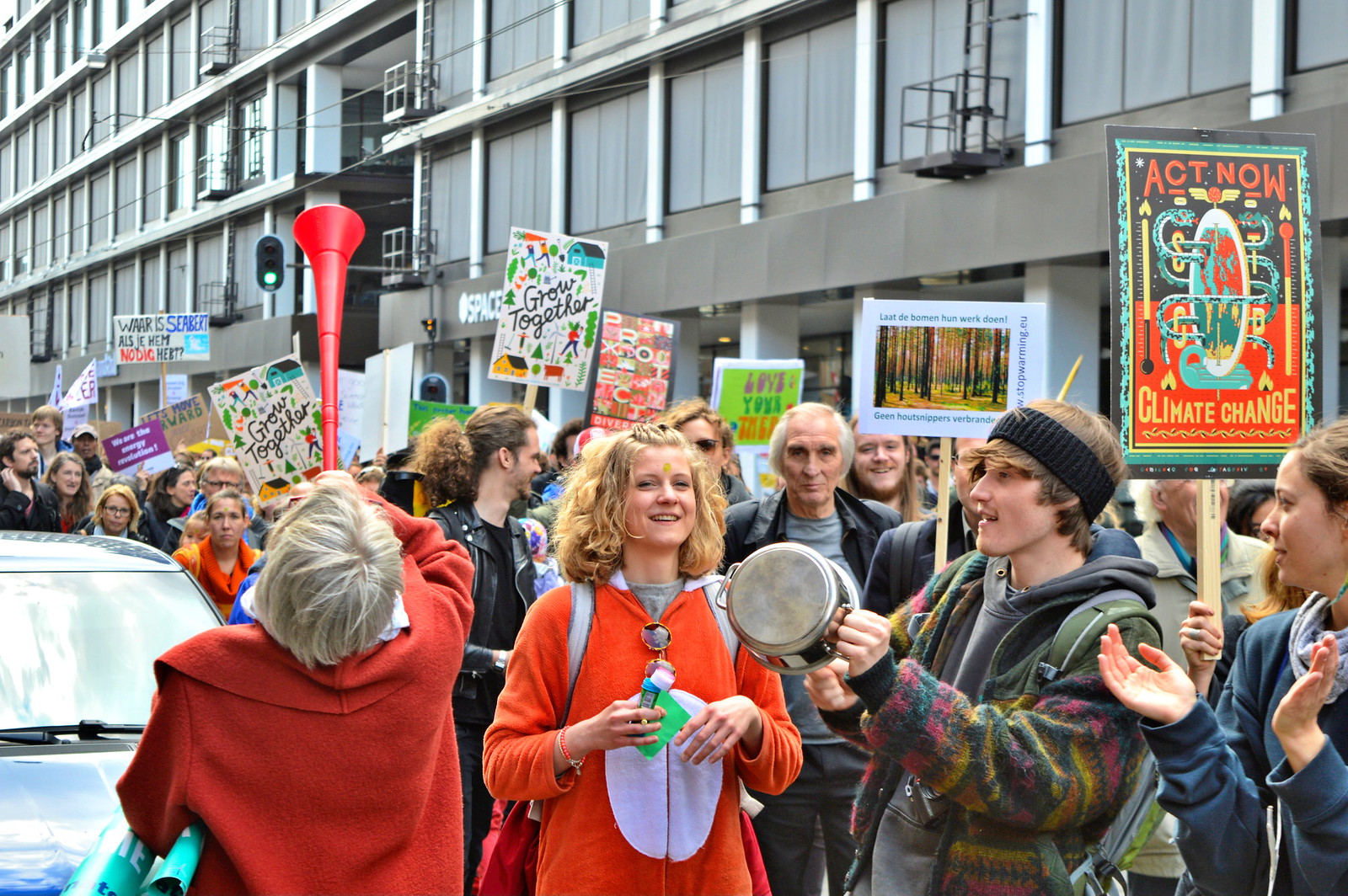 Major cities like Washington, New York, London, Kopenhagen, Kyoto, Kampala, Lisbon, Geneva all observed marches yesterday. Amsterdam also participated with a 4 km march through the city centre, with estimates claiming 6000 to 8000 marchers. In addition to the rise of populist movements in Europe, the climate has been a major topic in the Dutch general election. Pro-environment parties like D66 and GroenLinks (GreenLeft) have significantly increased their seats. However, the coalition formation of the incoming cabinet is ongoing. The march in Amsterdam was consequently framed as a call for the new cabinet to “choose ambitious climate policy.” 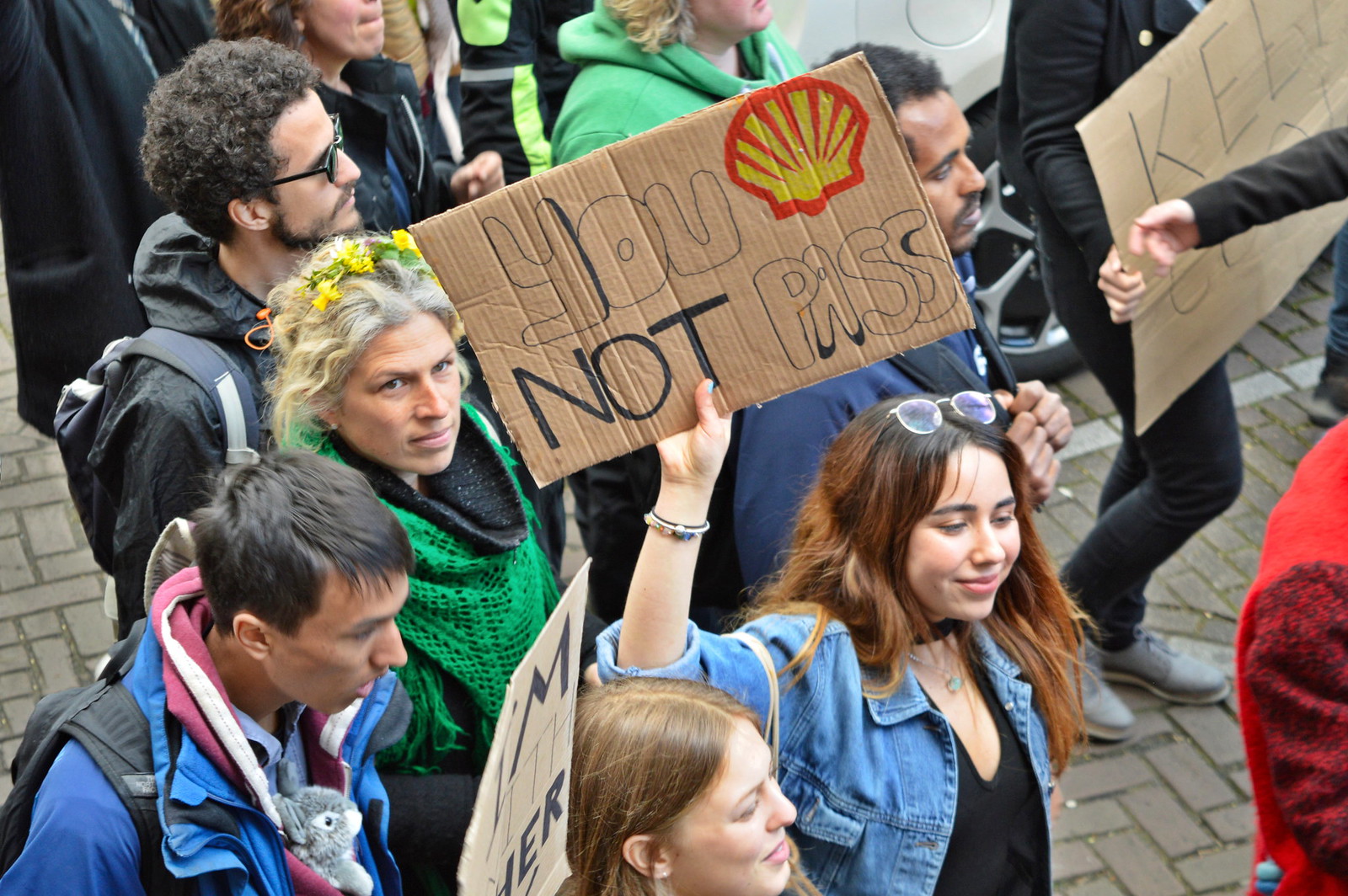 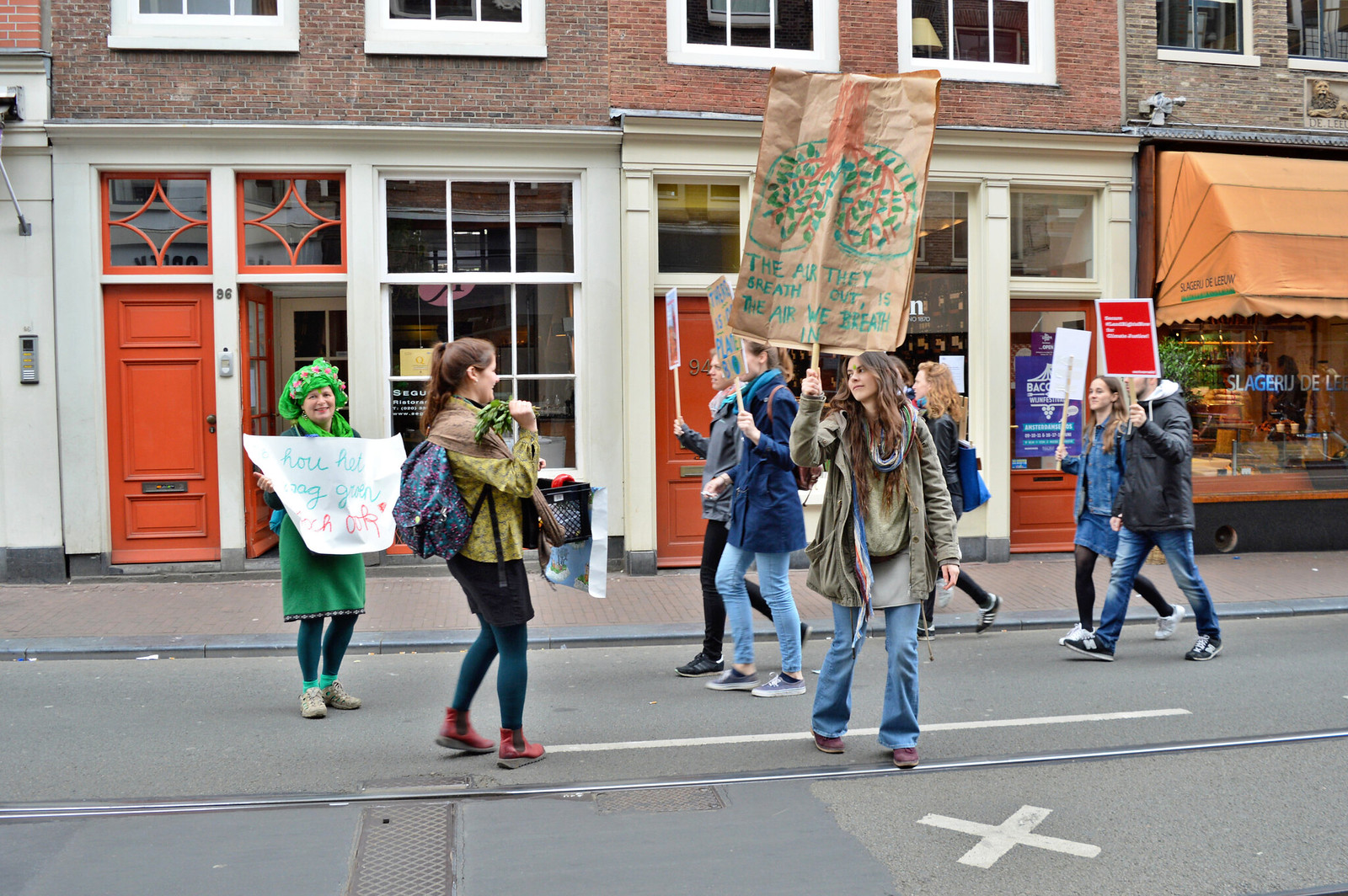 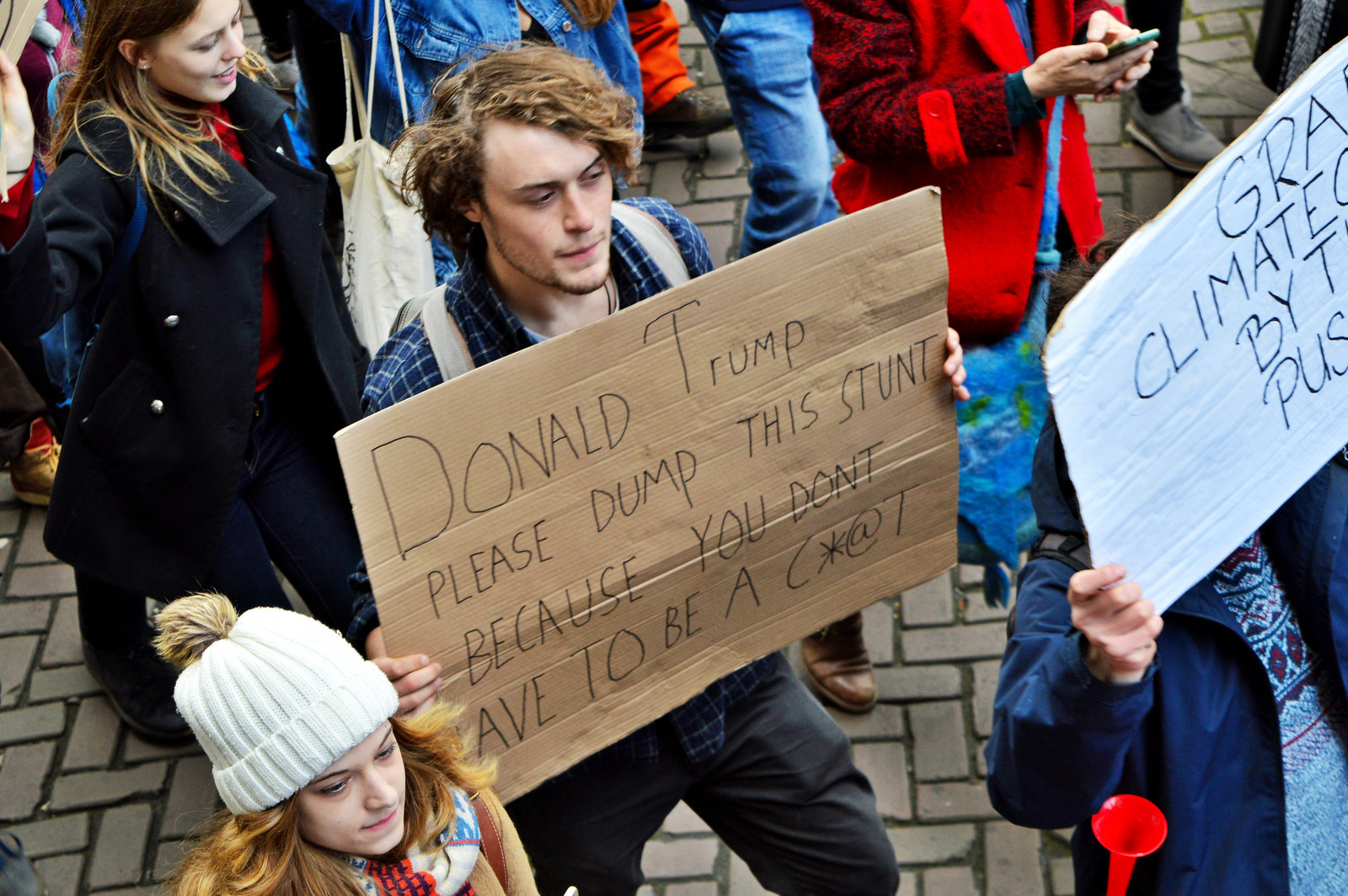 The Faces and Signs of the Amsterdam March

The Amsterdam climate march was a predominantly upbeat affair, though the message was earnest. The march drew young and old, Dutch and international, paced by a spirited group of percussionists in the middle of the crowd. The many cardboard signs recited creative and clever wordplay like “Don’t be Fossil Fools,” “You Shell not Pass,” “Go Fact Yourself,” and “Grab Climate by the Pussy.” Supporters of both the Partij van de Dieren (Party of the Animals) and GroenLinks (GreenLeft) were most noticeably present. 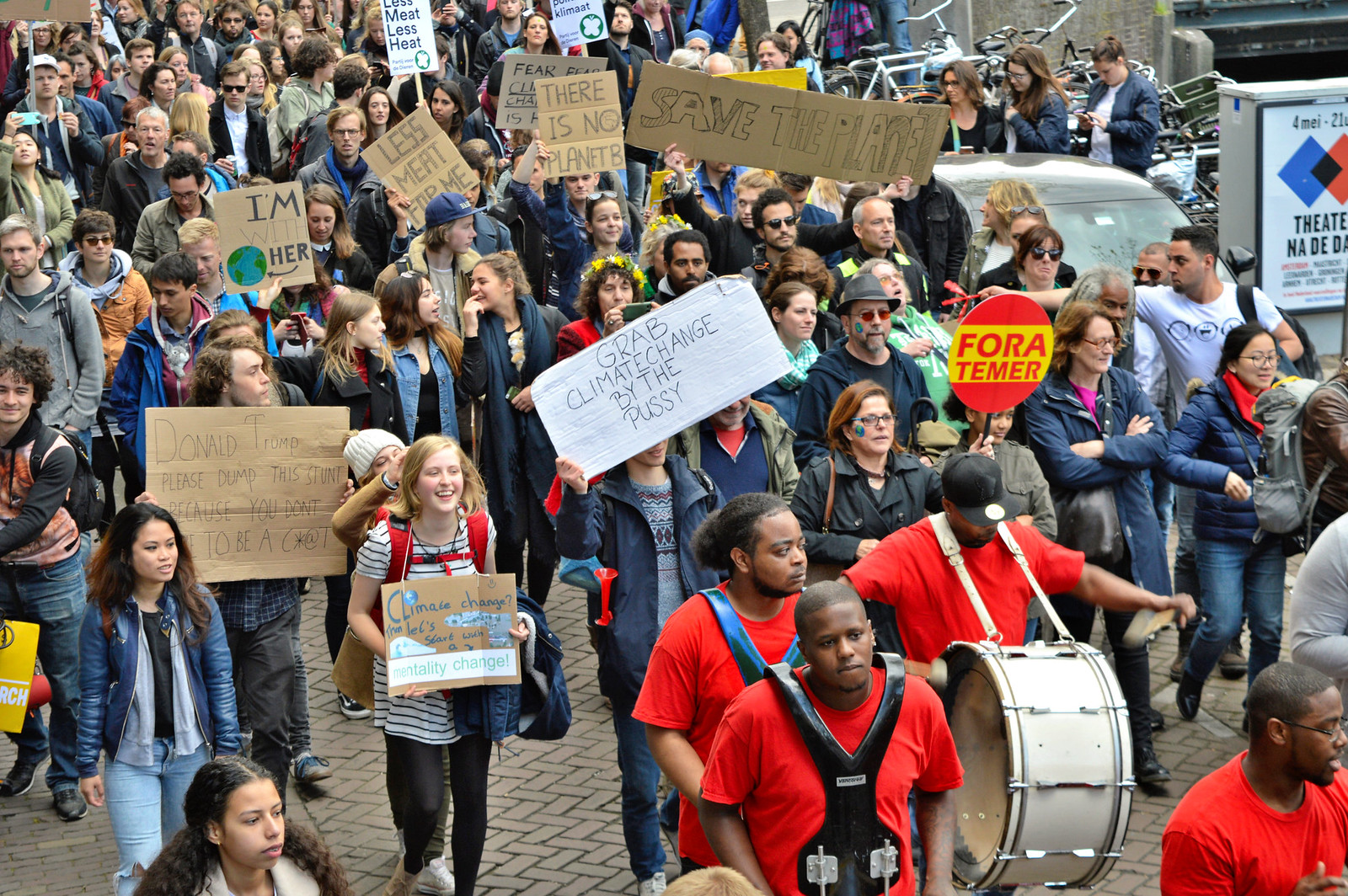 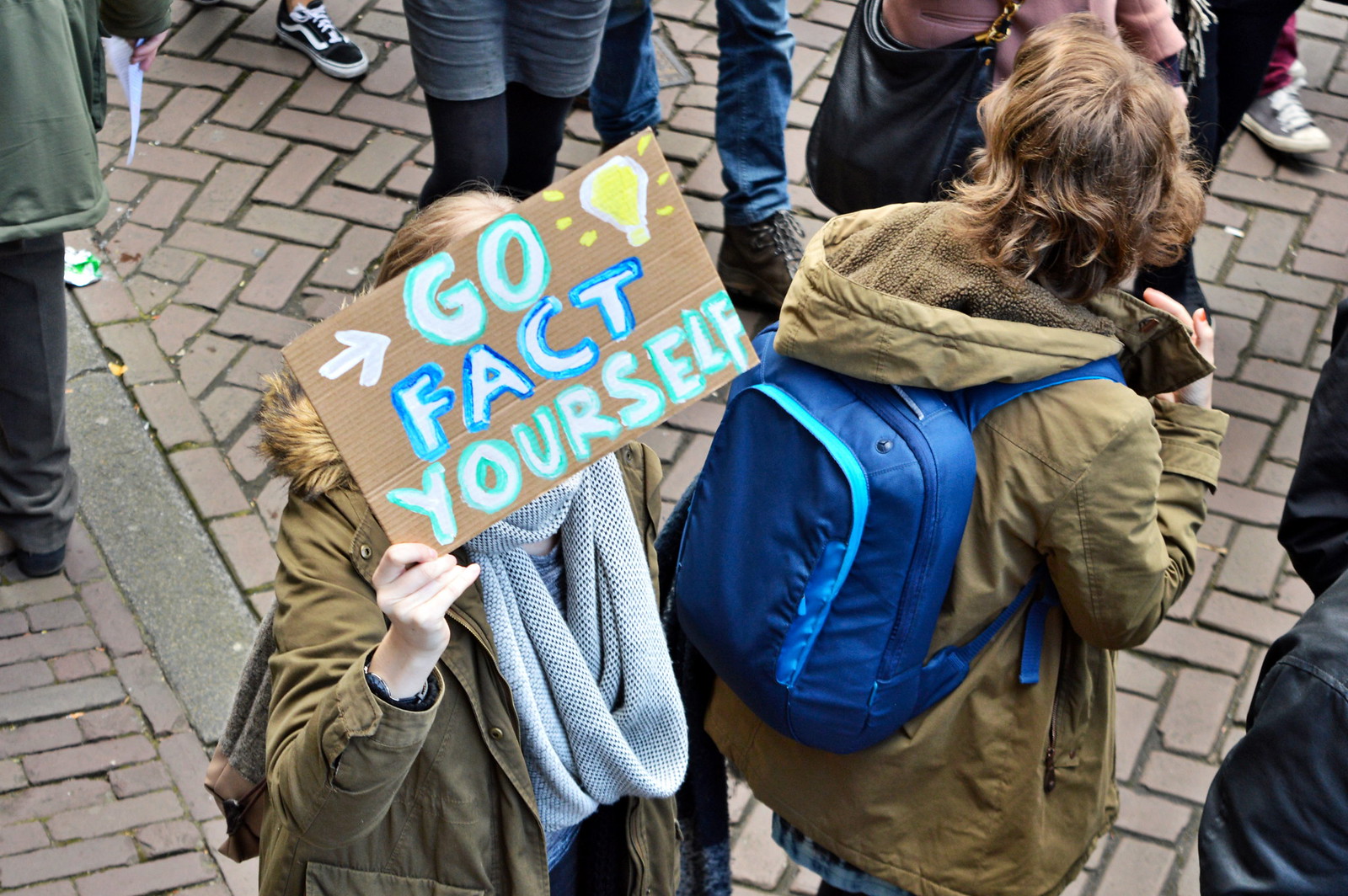 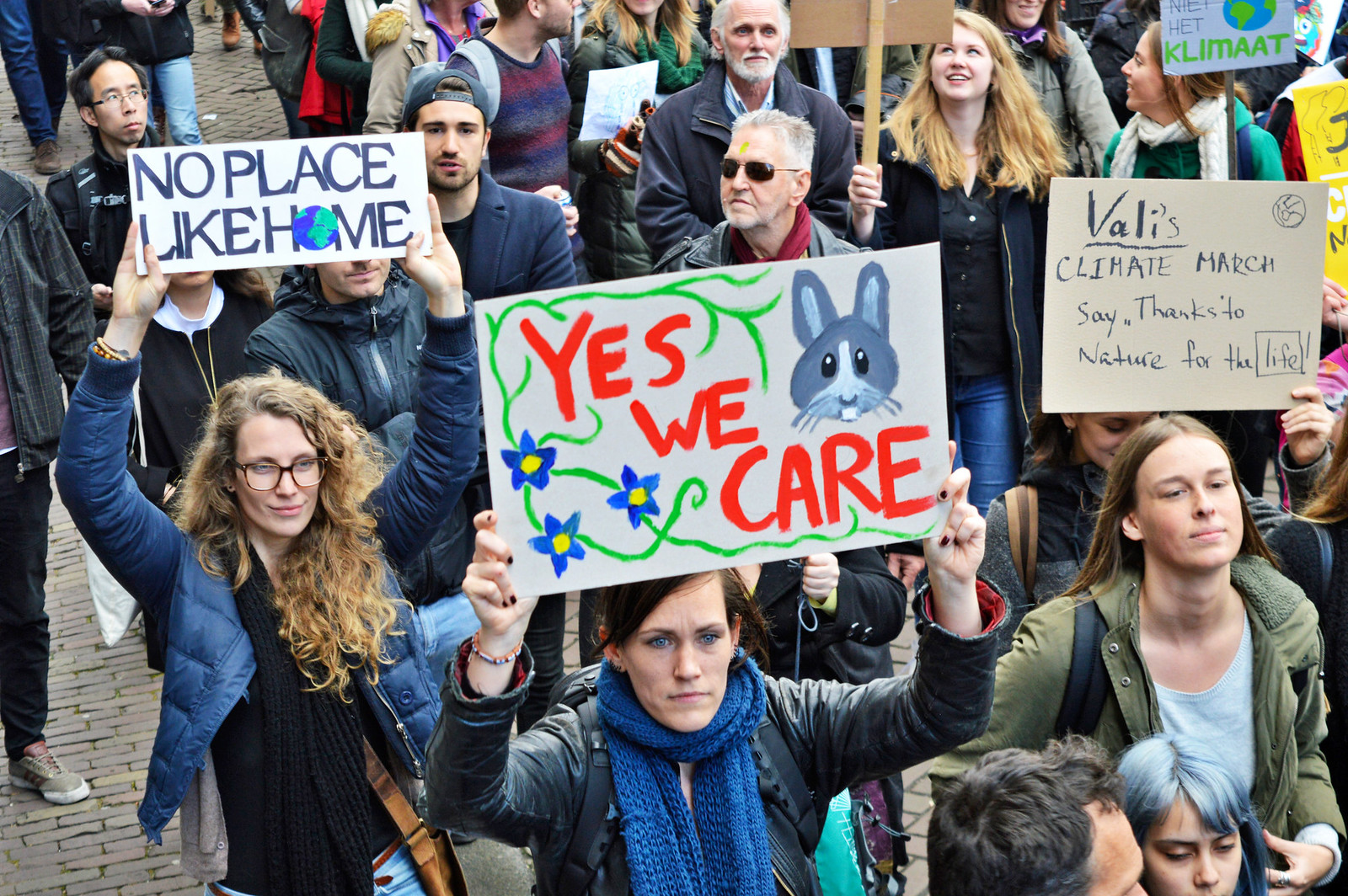 The first ever People’s Climate March was organised in September 2014. It was a call for global action against global warming and climate change. The marchers took to the streets in New York City and several other cities, with roughly 600,000 people participating worldwide. This made it the largest climate-related march that has ever occurred. The 2014 march was a response (not a protest) to the U.N. Climate Summit. 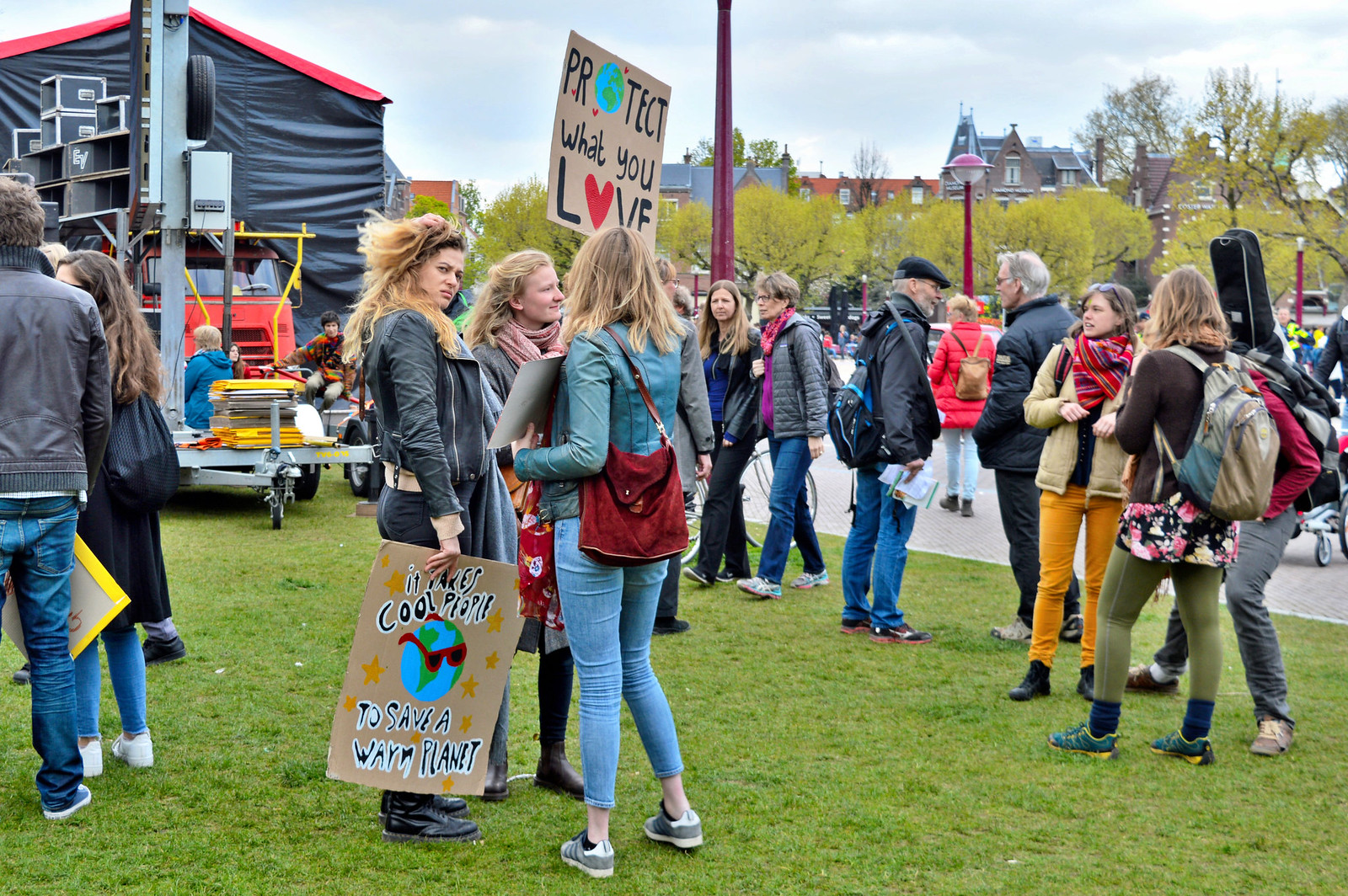 With the addition of the 2017 events, the recurring People’s Climate Marches seem to be here to stay. The marches are an urban form of democratic communication, but also a crucial sign of the times. Climate change continues to be a major political concern, if not a growing source of anxiety around the globe.