This is my fifth year living in Amsterdam, which means I’ve virtually spent my entire adult life in this city. Admittedly, that might not be a very impressive statement, considering I’m currently 24. Still, I’ve recently started to wonder: am I a local now? Do I feel like Amsterdam is my city, my new hometown? The answer is: not really. But then again, nobody really knows the requirements of becoming a local in the Dutch capital. It’s not like we have to pass an exam.

I’ve had a long, hard think about what it means to be an ‘Amsterdammer.’ My friends and I have had many conversations, finally concluding that born and bred Amsterdammers have become a rare breed. As cities become increasingly ‘international’ through expats and students, places like Amsterdam are mostly filled with people that grew up somewhere else. A serious discussion about the definition of the typical Amsterdammer would be a bit pointless. That’s why, today, I want to share a super scientific list of (technically useless) signs that will help you vaguely measure your level of Amsterdamification. Take the test and find out! 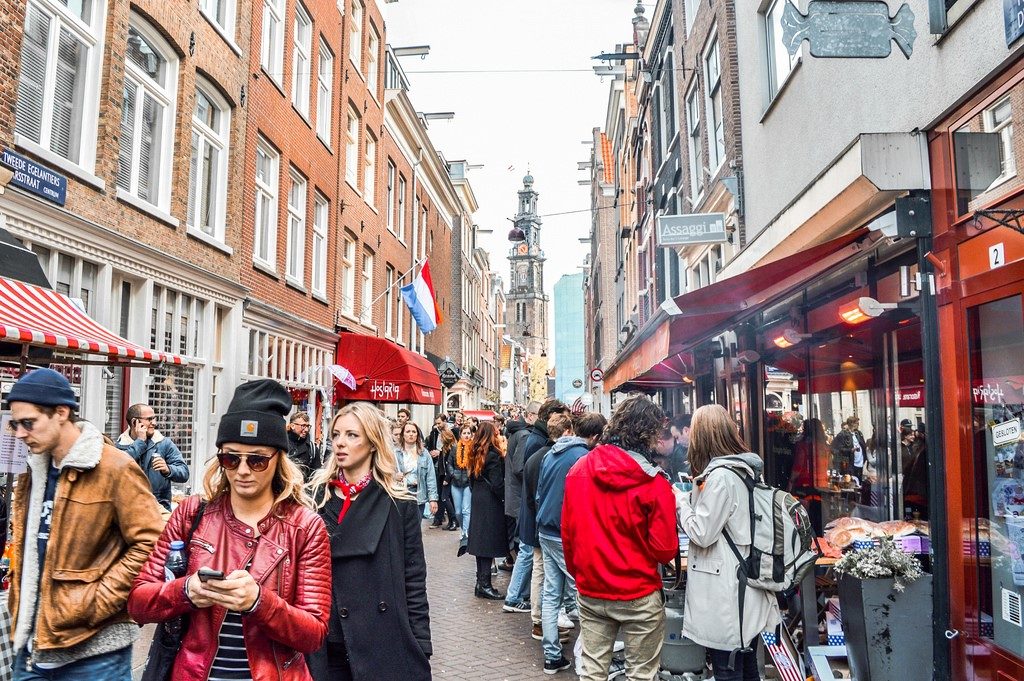 The Test: 20 Signs of Amsterdamification

1. You’ve become a pro at appropriately gambling with your life while crossing a bike path (timing is everything).

2. You buy your damn cheese at Albert Heijn or Lidl, not any so-called “specialty” shop.

4. You avoid the central area like the plague, especially the canal belt.

5. You sigh at the smell of yet another waft of weed coming from a tourist’s respiratory tract.

6. You sigh at the smell of yet another random churros shop with humongous nutella jars (because churros are the most typically Dutch snack you will ever encounter).

7. You have learned to completely ignore zebra crossings and brutishly disregard adorable old ladies trying to cross the street, because all of the other cyclists will otherwise yell at you for stopping.

8. You are aware of the definitions of “dankjewel”, “(ok) doei”, and “lekker” and know when to actually use them.

9. At least two of your favourite cafes or restaurants have fallen victim to the TripAdvisor curse: every table is taken and nobody in there knows a word of Dutch (except for the staff, maybe).

10. Your bike has been stolen at least once, even though you put two locks on it.

11. You never have any cash in your wallet, because why would you? Virtual money is the future.

12. Business men cycling in fancy suits have become a completely normal sight to you.

13. You’ve had pancakes or poffertjes for dinner at least twice (and made them yourself). Crêpes or American pancakes don’t count.

14. You’ve called another irresponsible cyclist or pedestrian an ‘eikel’ or ‘(kloot)zak’ while cycling in central Amsterdam.

15. You have “forgotten” to tip your waiter at least 5 times.

17. You’ve been invited to a Dutch birthday party at least once your life and are familiar with the cheese cubes, slices of liver sausage, apple pie, and an awkward circle of chairs.

18. You know who Ajax is, including their aggressive cult following.

19. You have never participated in a beer bike tour.

20. You have eaten chocolate sprinkles on a piece of bread, called it a meal, and didn’t feel any shame.

Sorry to disappoint you, but you’re secretly still a tourist on the inside. Do you even own an AH bonus card? Stop kidding yourself and buy a bike.

You’re well on your way to becoming a junior Amsterdammer, but you’re still a right old noob when it comes to the lingo. Make some effort, crawl out of the international bubble, and make sure Lotte and Stijn invite you to their cringy Dutch birthday parties.

Congratulations, you can almost call yourself a local! Remember, you’ve still got some work to do. Drop your tipping below 15%, flip that klootzak the bird, and stop saying ciao for goodness’ sake.