The year is slowly coming to an end and the days are getting shorter and shorter. Just imagine if we didn’t have the festive season to look forward to! No matter where you live, Christmas has pretty much become a global phenomenon. Still, spending the festive season in a European country can often be exceptionally jolly.

But which destinations are truly the most wonderful places for some serious winter magic, you ask? Well, coincidentally, the Globonaut Crew decided to try and find out. We put our heads together and shared our favourite Christmas scenarios. From endless markets and steaming glühwein to spectacular reindeer rides and delicious Dutch oliebollen; these are our 5 favourite Christmas destinations in Europe!

Mariana: “Christmas in Cologne is the Scent of Cinnamon Rolls”

The Christmas atmosphere takes over the streets and squares of the city, with sparkling lights, gifts stalls and many delights of the traditional German cuisine. The air is filled with the characteristic scent of cinnamon rolls and Glühwein, the traditional German hot wine, which is served in charming porcelain bowls that can be brought home as souvenirs.

Germany takes Christmas very seriously. The air is filled with the characteristic scent of cinnamon rolls and Glühwein. 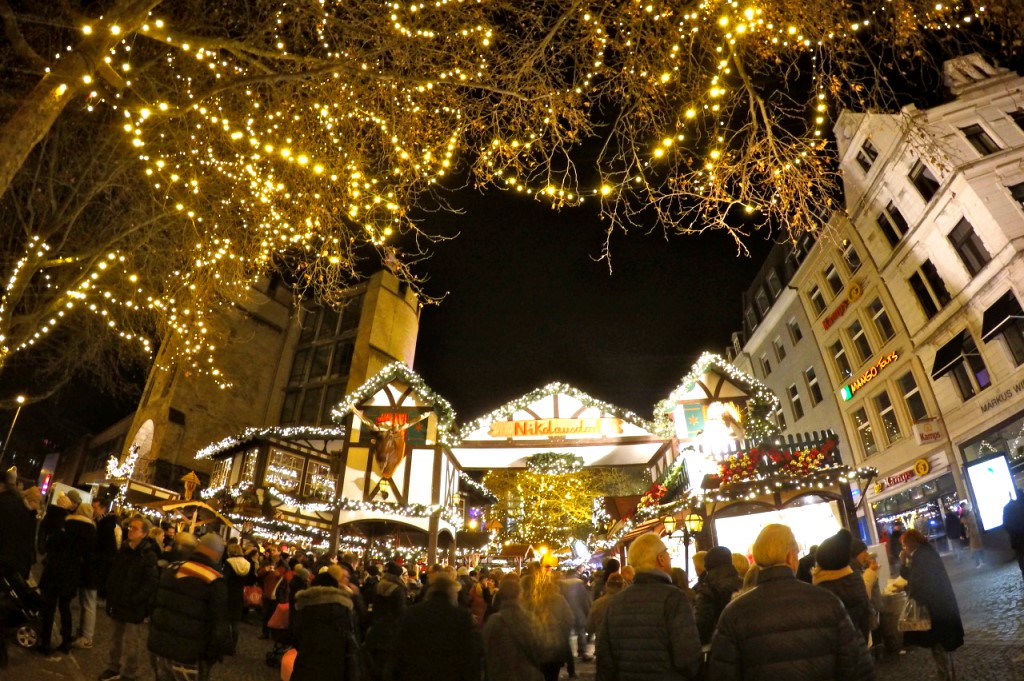 Out of all Dutch cities, there is one thing that Amsterdam does best: it looks like it came straight out of a freaking fairy tale, especially in winter. The historic architecture, covered in all the twinkling Christmas lights, adds an enchanting dimension to the cold winter nights. Museum Square always becomes a major seasonal hotspot, including an ice rink and Christmas market.

Like Paris has Lafayette and London has Harrods, Amsterdam has the Bijenkorf department store, completely covered in sparkly decorations. As the days shorten and temperatures really start to drop, the Amsterdam Light Festival kicks off. The gloomy nights become illuminated by the most wonderful light installations from numerous international artists. There is just so much to do, you won’t even get the chance to get bored. 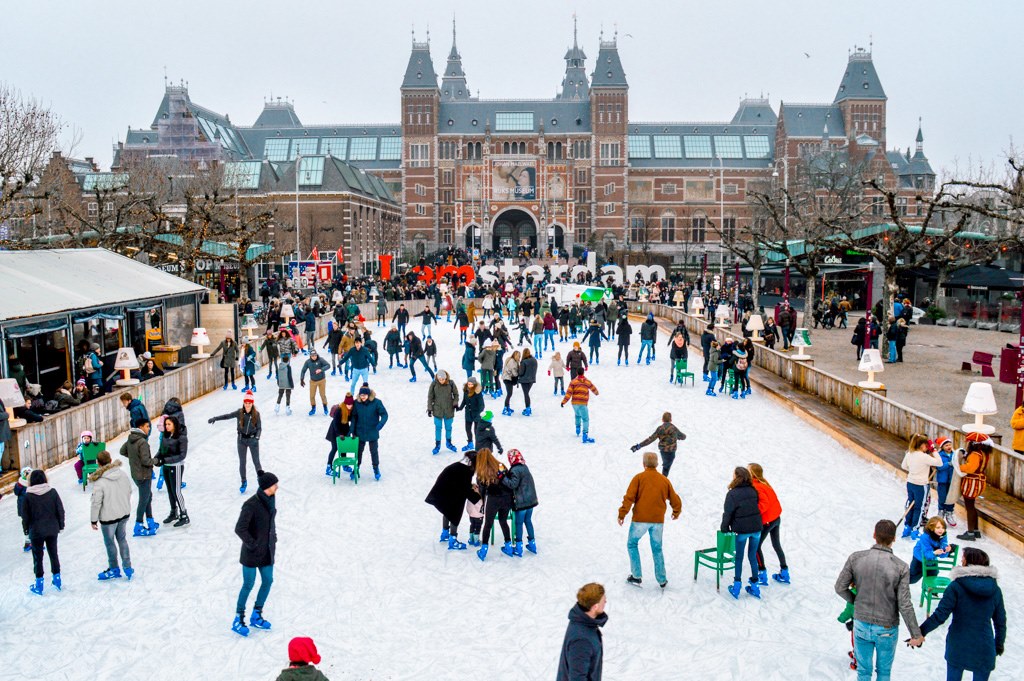 As a child I was always fantasizing and wondering where Santa lived. I always wondered how he decided his naughty and nice list, but I got my answer: Lapland! As an Australian, this was my first white Christmas. Most of all, let’s just say everything feels more magical when covered in a layer of snow. Lapland has a special place in my heart, as it is one of the most unique trips I have ever encountered.

So, why Lapland? Think of all those winter activities coming to life. Think of husky rides, snowshoeing, driving a snowmobile, reindeer rides and if you are lucky enough, you may see the spectacular northern lights. An extra bonus of making your stay worthwhile is getting to live in a cabin with a traditional Finnish sauna, how cozy!

So, why Lapland? Think of all those winter activities coming to life. Think of husky rides, snowshoeing, driving a snowmobile, reindeer rides and if you are lucky enough, you may see the spectacular northern lights. 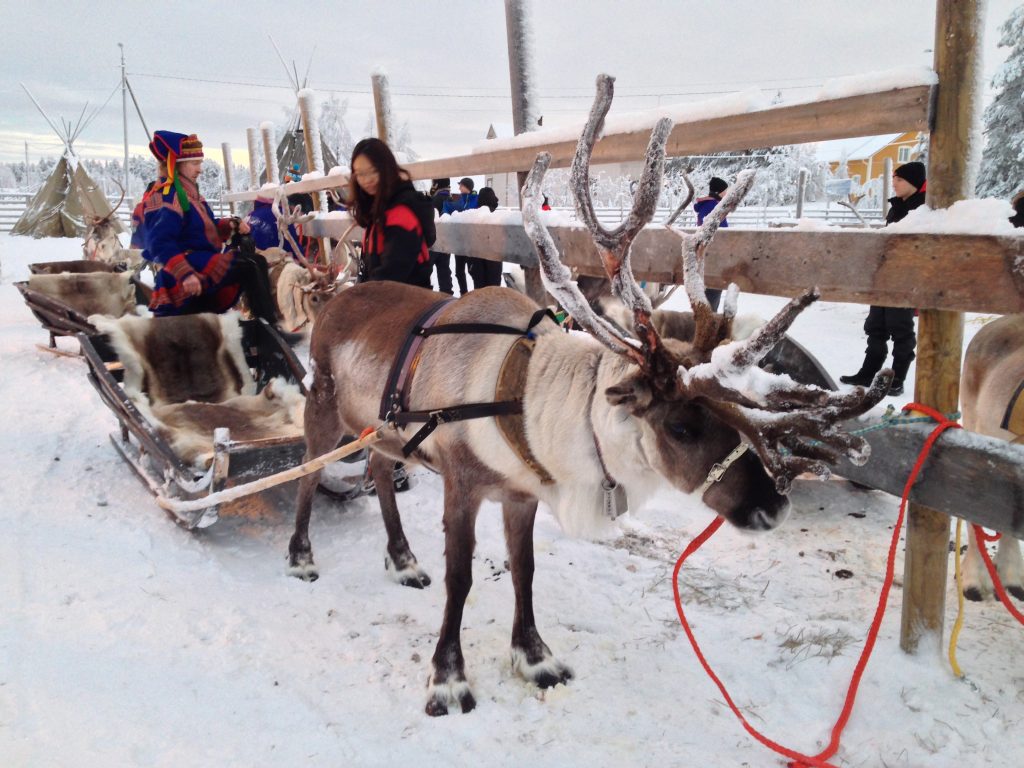 Zahia: “Epic Bonfires and Rollercoasters at the Winter Efteling”

The Winter Efteling in the Netherlands is the most magical place on Earth, and also one of my most beloved Christmas destinations. This wonderful theme park always reaches its peak in December. Expect snow, ice sculptures, ice skating, epic bonfires and enough hot chocolate to keep you toasty warm.

+  Portraits from Tuscany: Discovering the Region Through its People

My favourite part is the fairy tale forest: a layer of snow covers the little gnome houses and Long Neck has his cosy scarf and earmuffs on. Walking around this special place, you’ll forget the rest of the world even exists! Yes, your face may freeze as you ride the rollercoasters, but it’s nothing a couple of oliebollen (Dutch donuts) can’t fix.

Yes, your face may freeze as you ride the rollercoasters, but it’s nothing a couple of oliebollen (Dutch donuts) can’t fix. 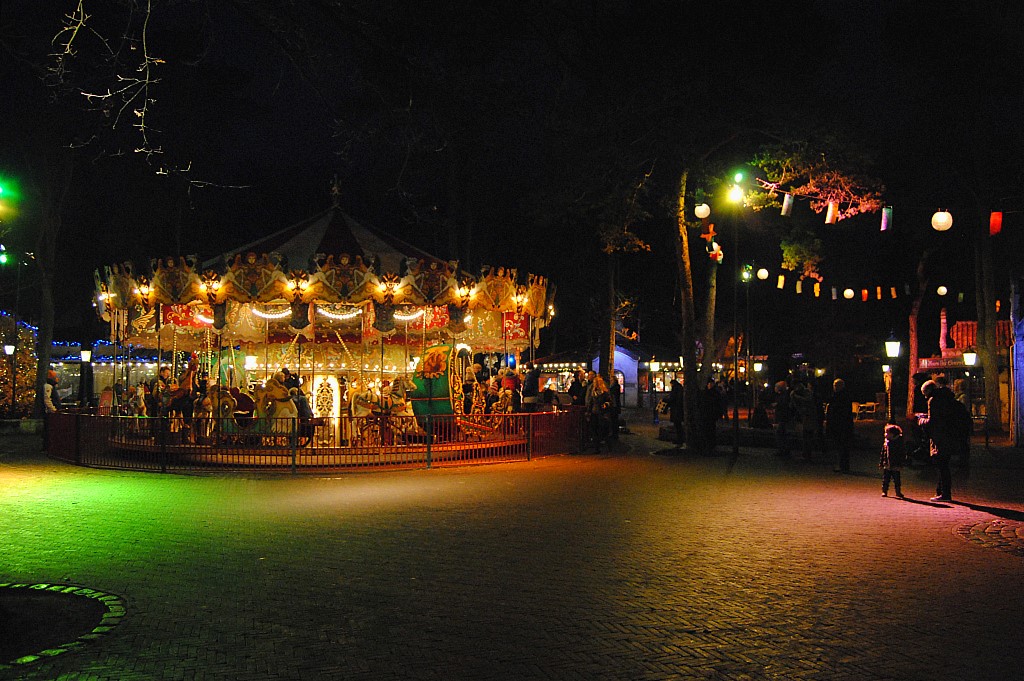 Caroline: “London is the City that Sparkles”

Twinkle, twinkle little star…could a city sparkle more? I don’t think so. Christmas in London is all about the lights. Let’s be honest, apart from Wham!’s “Last Christmas” (and snowy landscapes in Lapland), what sets a more christmassy mood than a beautifully decorated city starring thousands of lights?

By the way, Oxford Street is not the only place that glitters in the moonlight. Covent Garden sparkles just as much as the angels flying above Regent’s street. Get your old ice skates out to feel the ultimate Christmas vibe at one of the ice rinks. You can re-activate your ice-skating skills in front of the Natural History Museum, at Somerset House, in Canary Wharf, and the Tower of London.

That’s it for our favourite European Christmas spots! Have you been to any of these places during the holiday season? How about your favourite Christmas destination, or do you celebrate something else in December? Share your thoughts and let us know in the comment section below.