For the first time in six long years, ice skaters were able to glide on the frozen canals in Amsterdam again. Whenever temperatures reach sub-zero levels, the Dutch nation rekindles its (slightly obsessive) love for ice skating. So, every winter, millions of hopeful skaters keep a close eye on the weather forecast. This winter, Amsterdam already experienced a snow storm, but it never got cold enough to go ice skating. For several days, speculations were rife: will the ice be finally thick enough to support not just ducks, but also dozens of overly excited humans?

The truth is: the ice never really got thick enough, but it seems we simply couldn’t stop ourselves. The Dutch authorities warned people against skating on thin ice, but to no avail. For about two days, locals and tourists alike took their chances on the not-so-sturdy sheets. And, admittedly, the resulting sights were still perfectly magical. Oh, and a little spoiler alert: not everyone managed to keep their feet dry (or their elbows, for that matter).

Photos of the Frozen Canals in Amsterdam 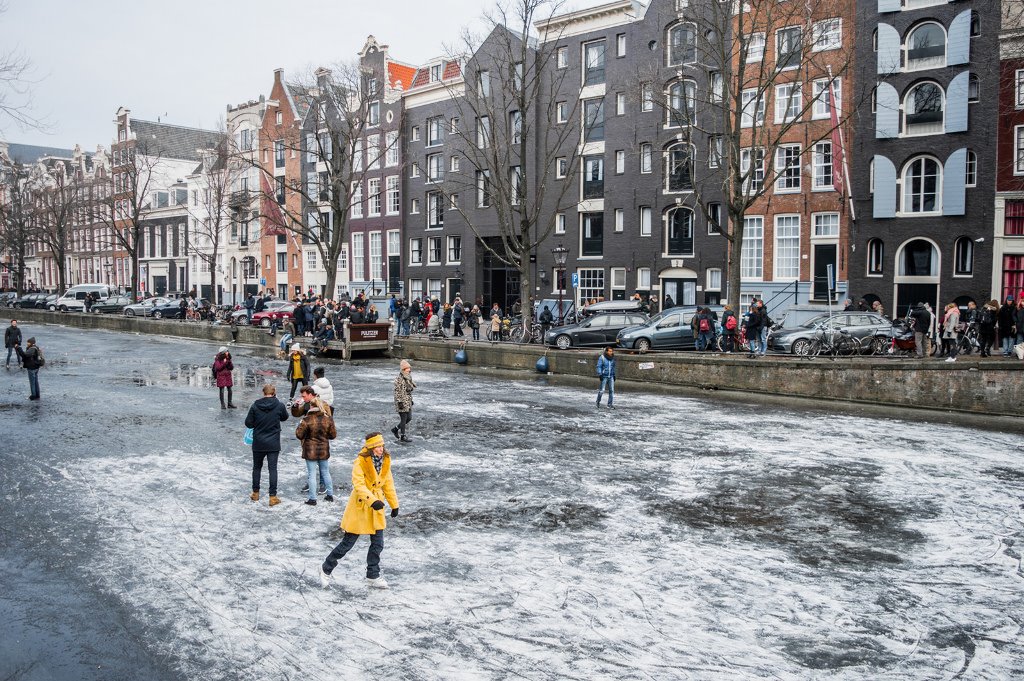 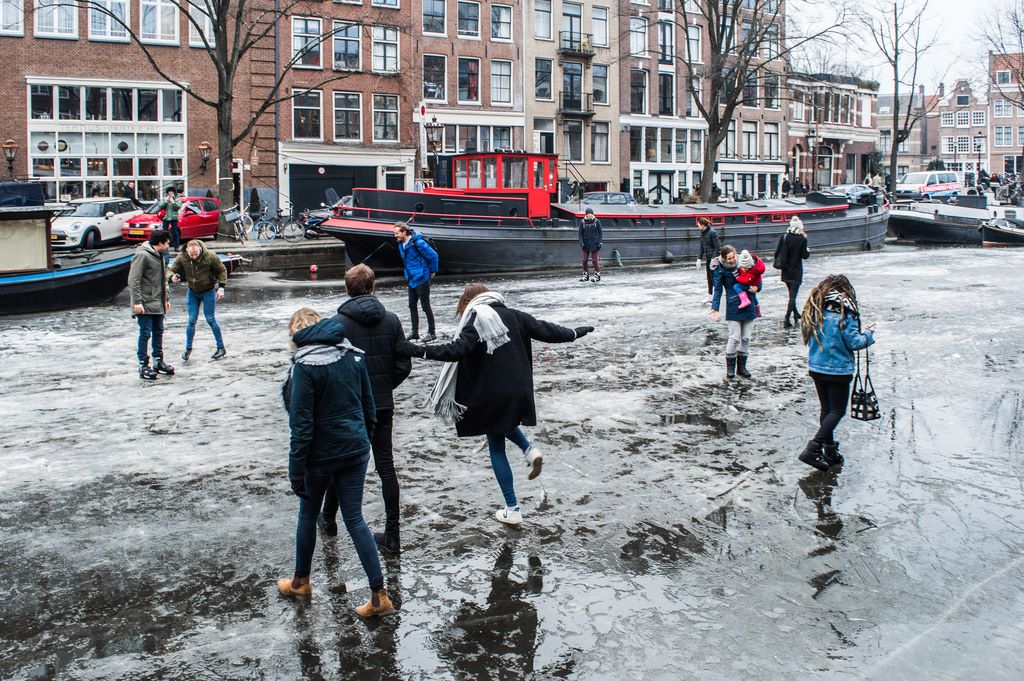 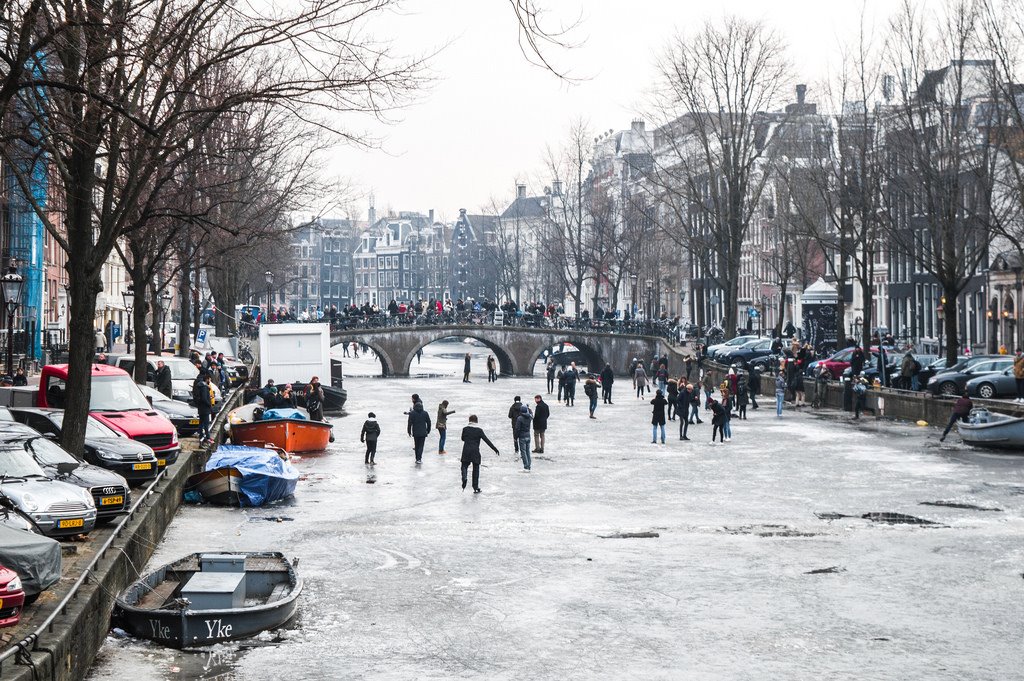 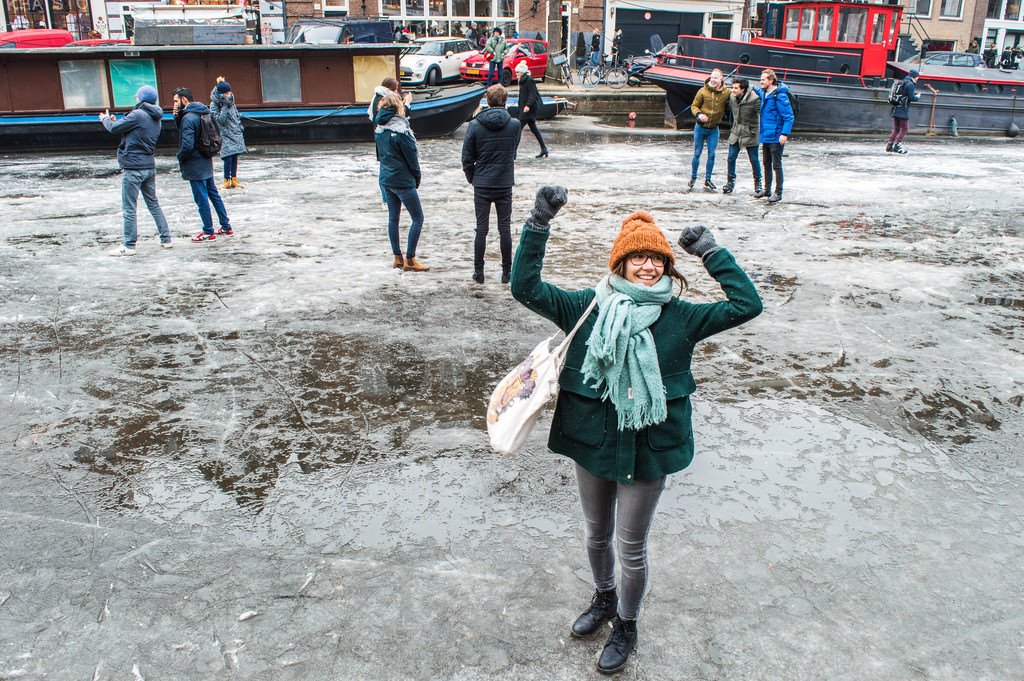 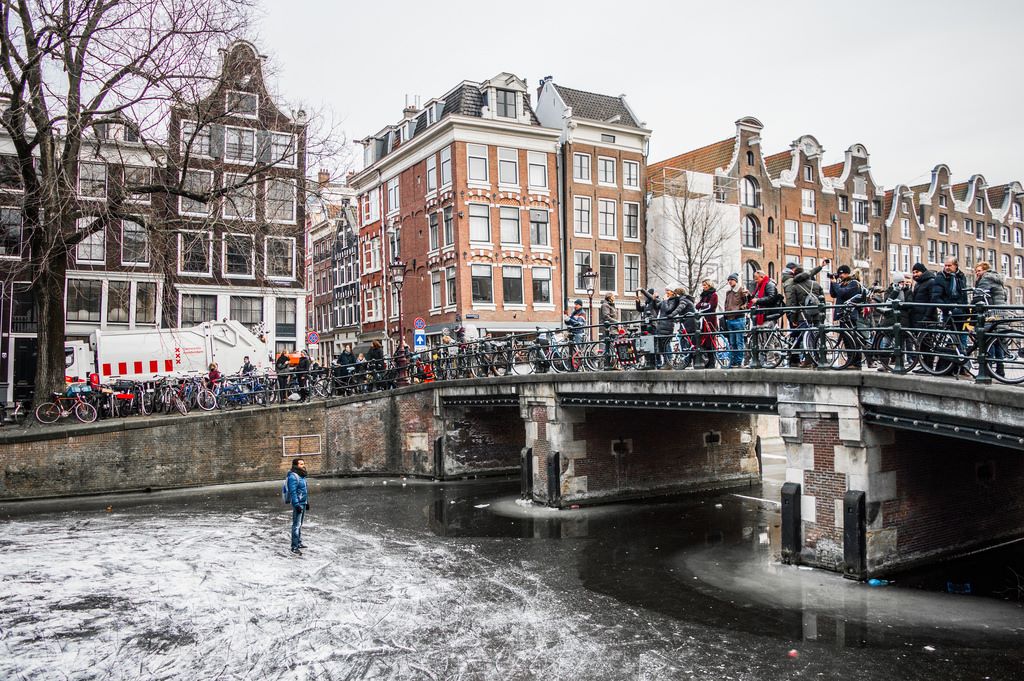 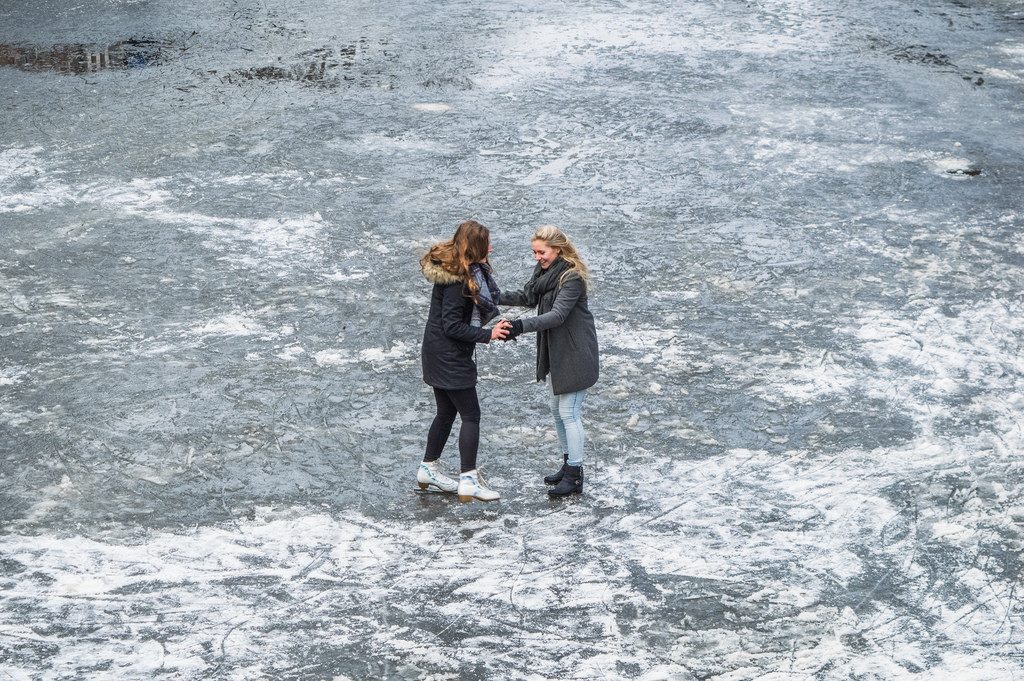 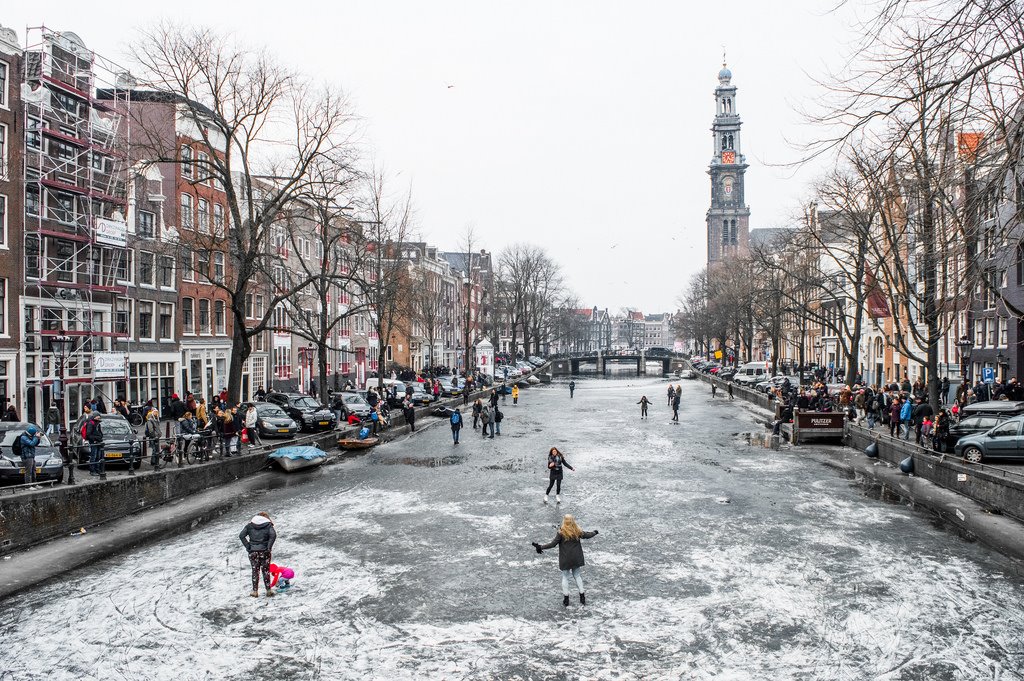 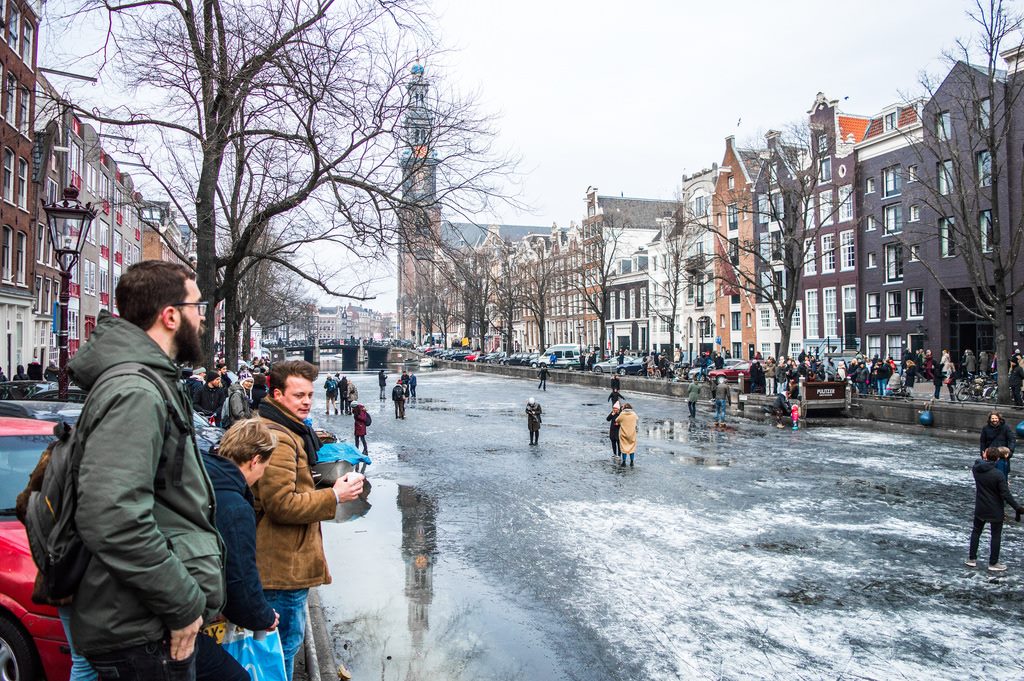 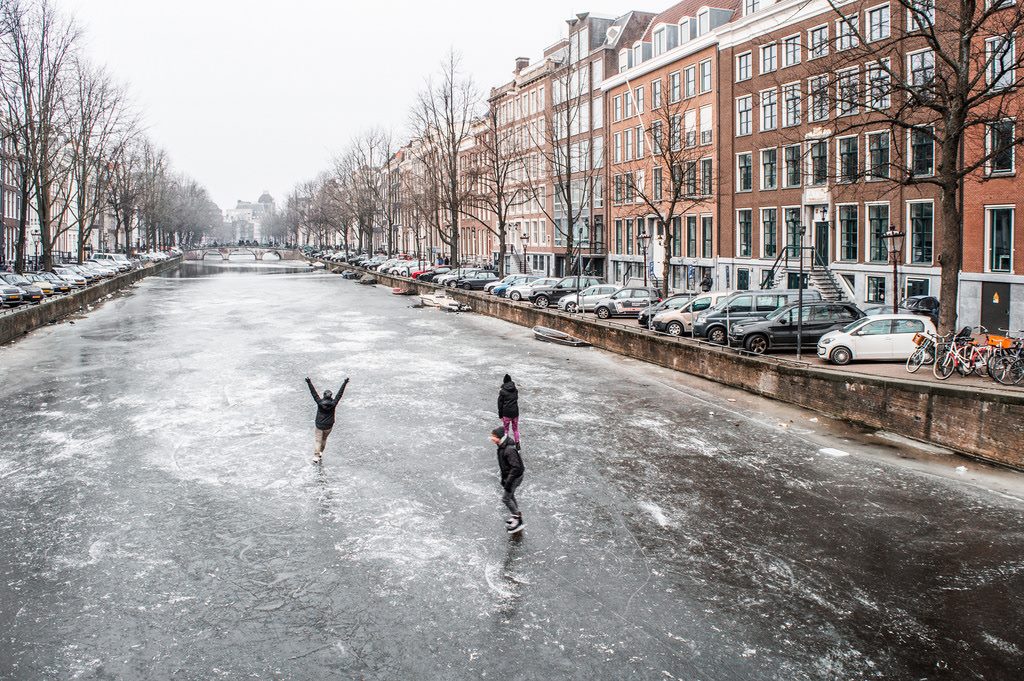 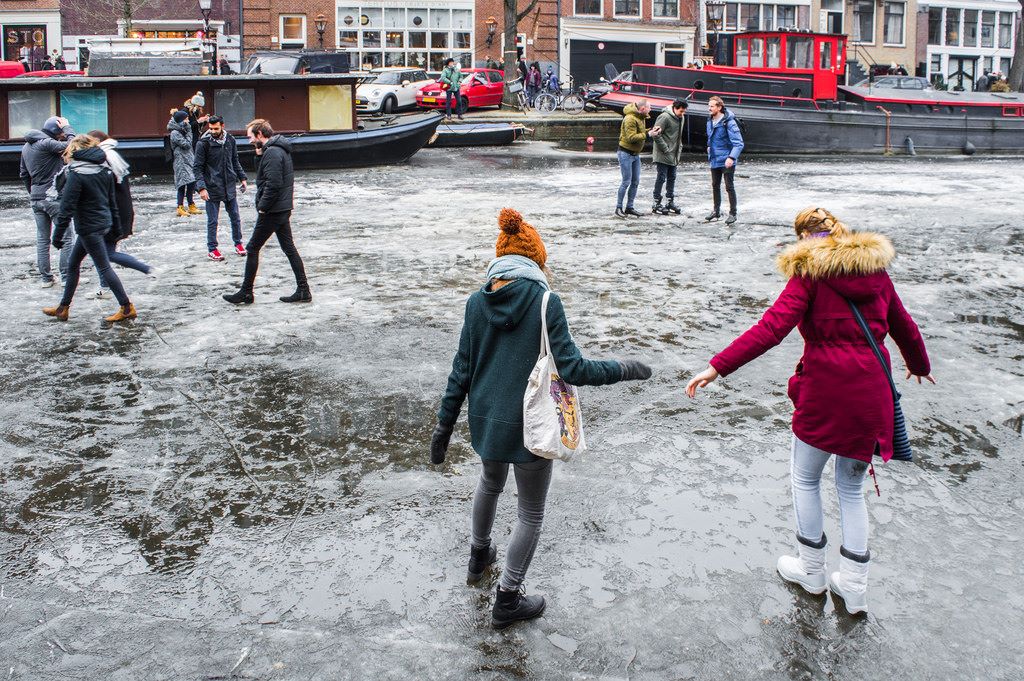 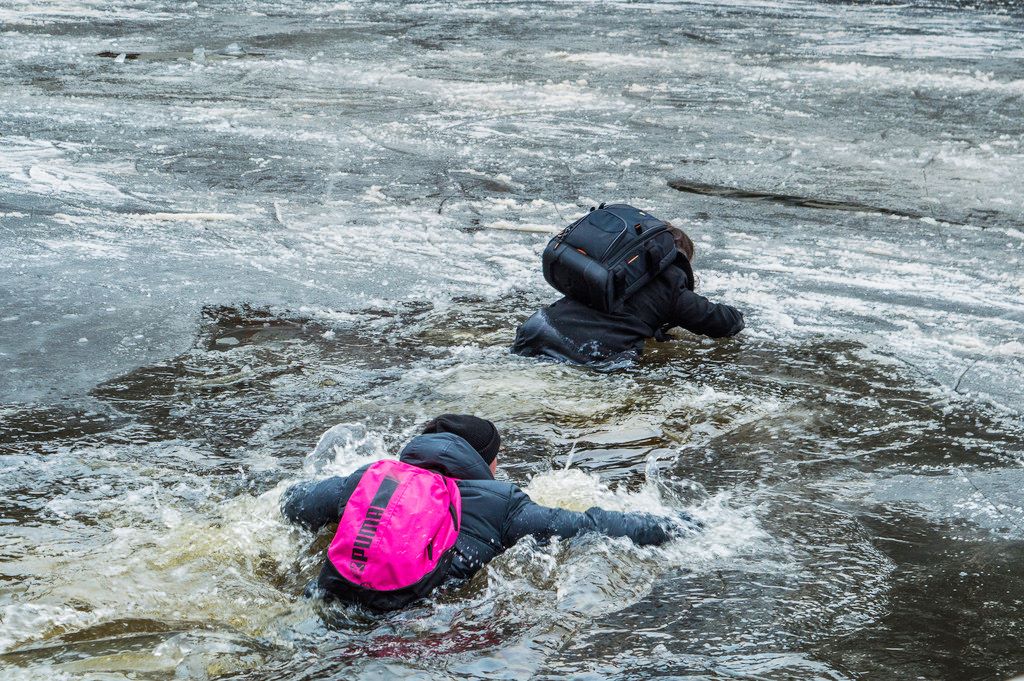 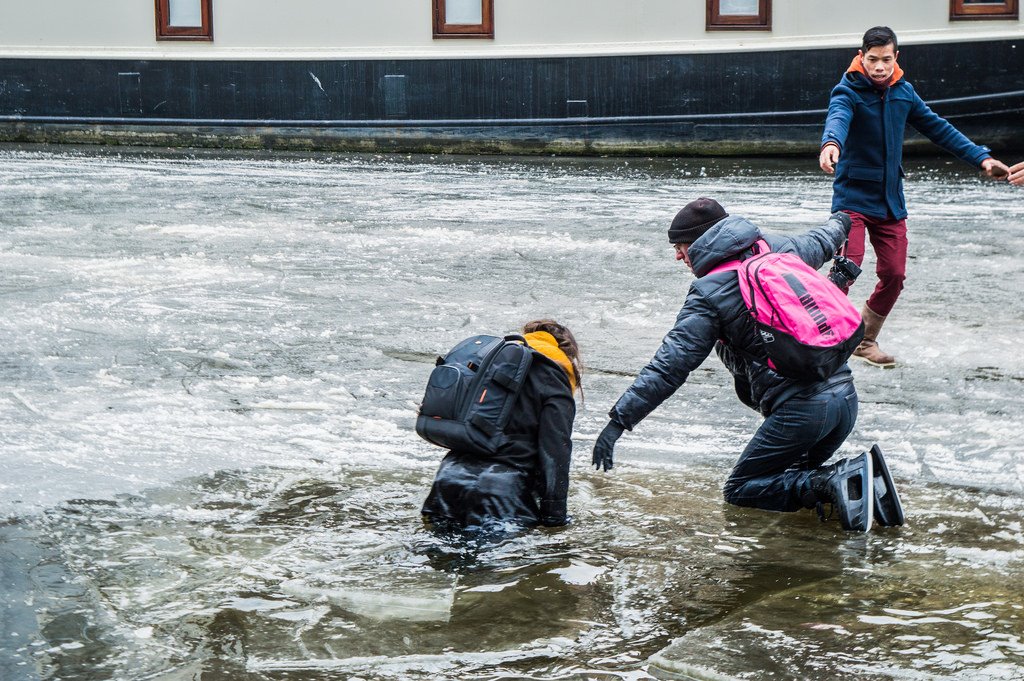 Well, as you can see; lots of fun on the ice, but there were also a few dripping wet casualties. Thankfully, nearly everyone managed to climb out to safety on time. What about you? Were you also in Western Europe when the Beast from the East attacked our nations? We hope none of you had to suffer frozen toes or a cancelled flight. Did you also go ice skating, or did you enjoy a nice hike in the snow? Let us know!

+  Leids Ontzet: Ever Heard of this Unique October Festival in Holland?