Looking to visit sandy beaches, go island hopping, and sunbathe in the winter? Count me in! It is the time of the year again when I go to Manila in the Phillipines to spend the holiday with the family. This year is a little different. We fly early to Manila since we’re planning to go to El Nido, Palawan. El Nido is famous for its 45 islands with limestone cliffs made a beautiful sunny destination for the holiday season. Thankfully, there aren’t many tourists (yet), local or international, but the main town is full of European businesses, like restaurants, cafe, hostel owners and Italian ice cream parlor (!). 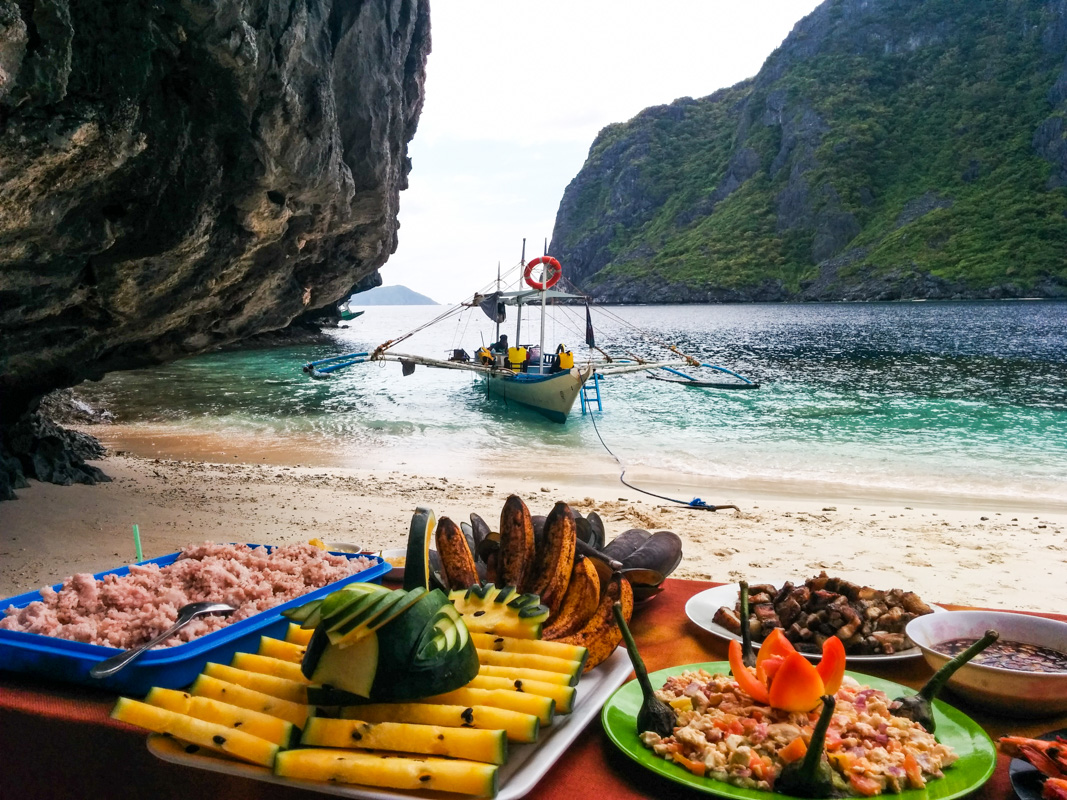 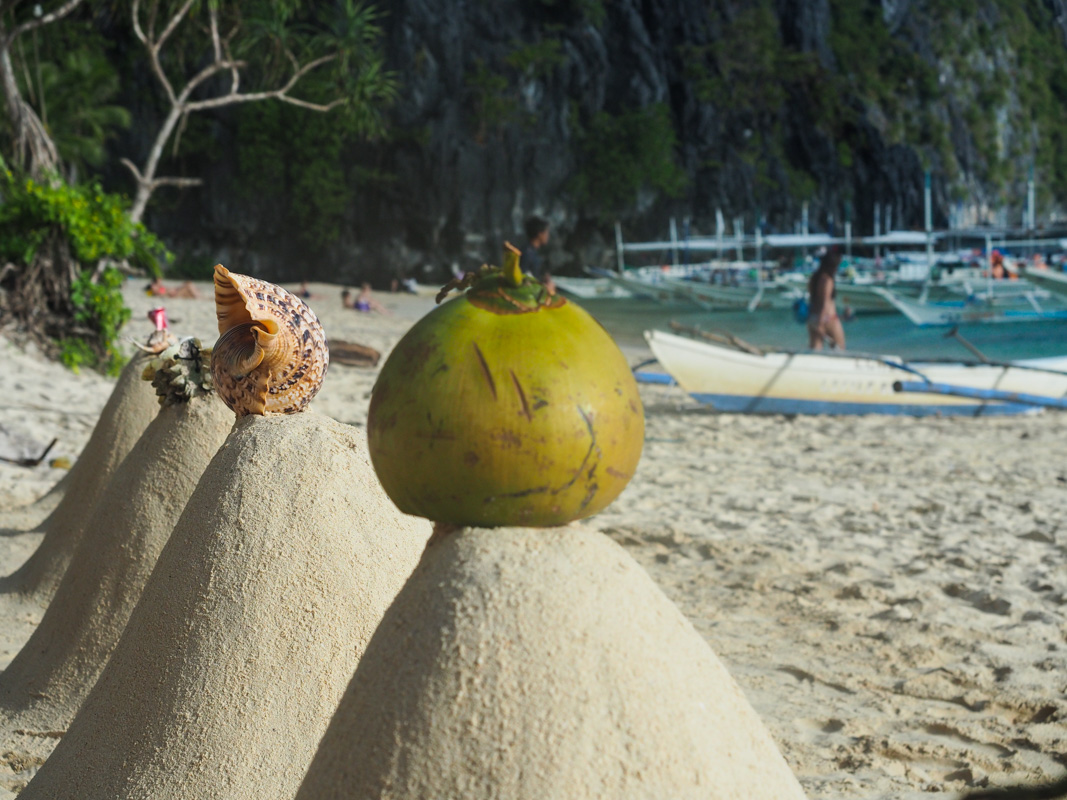 How to get to El Nido

Just like us, you can fly from Manila International Airport to Puerto Princesa International Airport. Getting around by car is a good option, so we rented a private van for the six of us. The trip takes six hours drive from the airport to downtown El Nido and it’s a rough roller coaster ride. I can handle the going up and down hills, but not the sharp turns in high velocity! Thankfully, we managed to arrive at the guesthouse safely after our intense road trip. We stayed at Entalula Guesthouse, a family owned establishment. They have good rooms with good breakfast by the beach, so I can definitely recommend them. 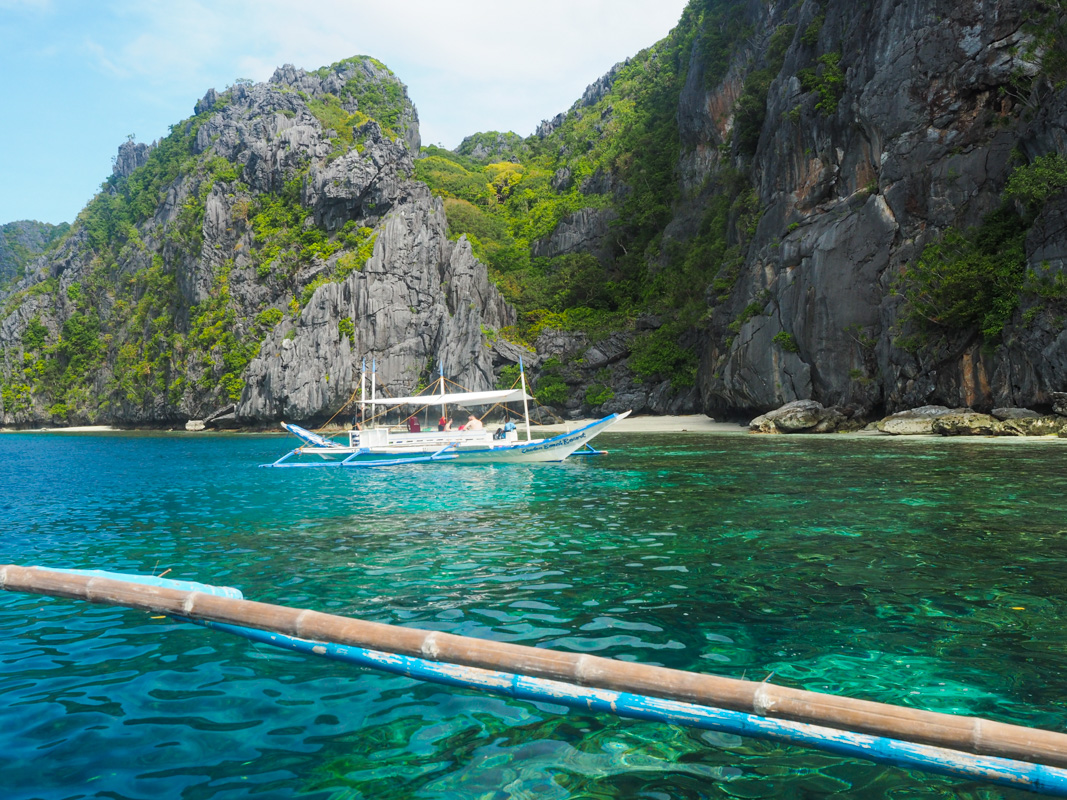 El Nido’s number one highlight is are limestone karst that formed all around the islands. To enjoy the full experience, we went on a island hopping adventure for two days. My personal favorite spots were the secret beaches and hidden lagoons. There is a beach behind the limestone cliffs and underwater corals with beautiful, colorful fishes. Sadly I don’t own a water-resistant camera, so I didn’t take photos of the wonderful underwater world in El Nido. Still, I had a very positive experience going to El Nido. I got to have a fun and adventurous time with my siblings and cousins, eating good food and getting a tan. What more could you ask for? Here are 8 wonderful hotspots in El Nido!

+  This Natural Storyteller Creates the Most Inspiring Instagram Flat Lays

Matinloc Island is a long, forested island with white beaches and excellent diving spots. The best place to visit on Matinloc Island is probably the secret beach. It is a white sandy beach at the corner of a sinkhole. It is hard to reach by boat, as very steep rocks surround the island. To get to the secret beach, you have to swim underwater through a narrow opening between two rock walls. Other beautiful locations to visit are the Matinloc Shrine and Star Beach.

Nacpan beach is a relatively quiet beach full of palm trees with a stunning view of the crystal clear water. In contrast to many other beaches in the area, you don’t have to worry about the strong current and there aren’t many sharp rocks near the beach. This makes it the 4 km beach the perfect spot to go swimming and relax on the beach. 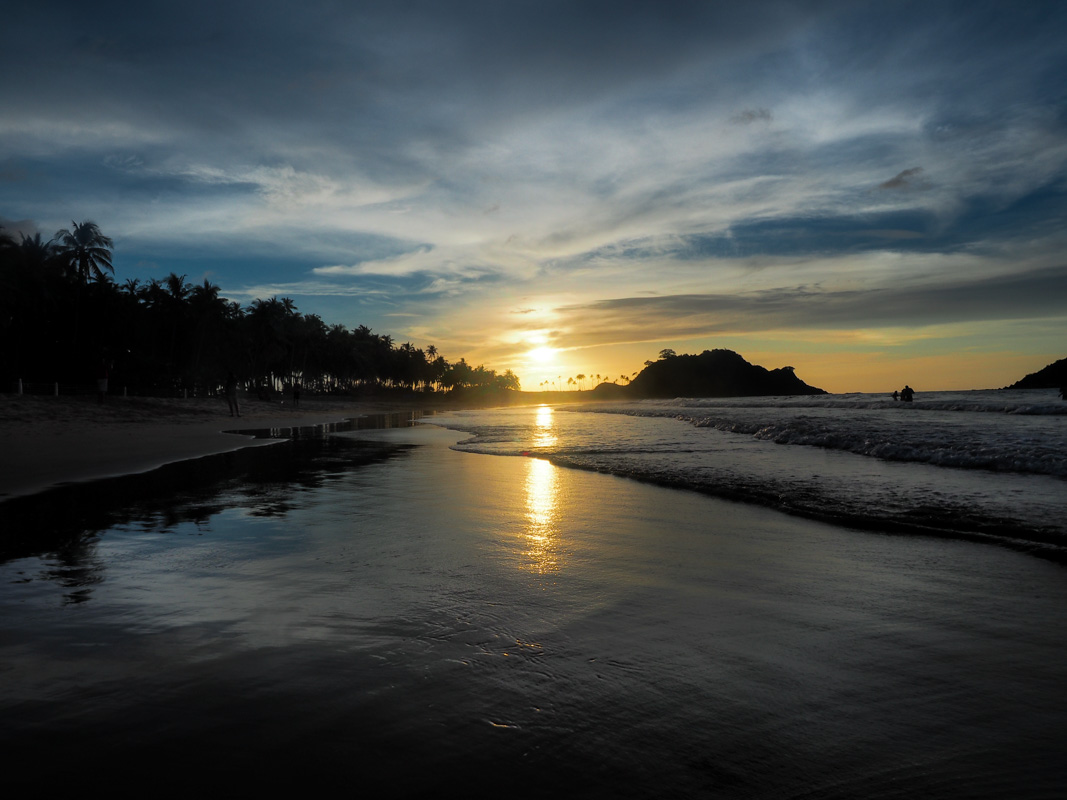 There is an amazing small lagoon with turquoise-colored water, found on the cove of Miniloc Island. The lagoon is known for its diverse marine life, as well as its enchanting limestone walls with flowering orchids.

Another stunning location known for its rich marine life is the Big Lagoon. The lagoon with crystal clear water is located nearby impressive limestone rocks 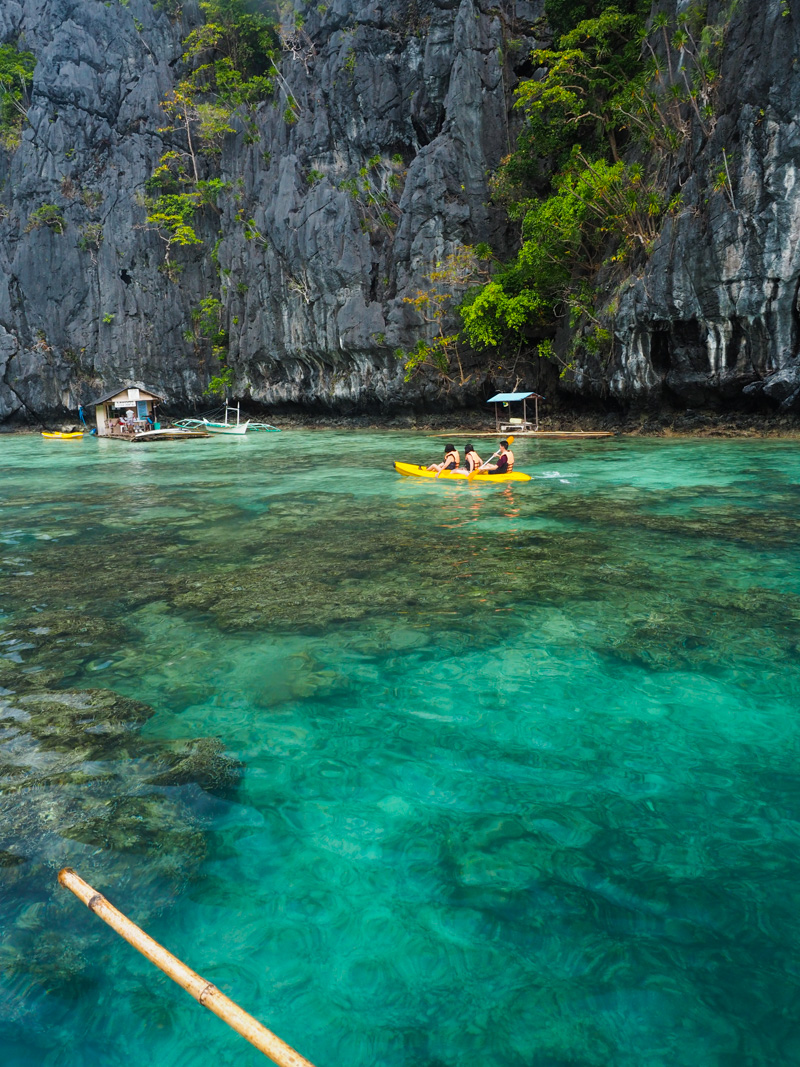 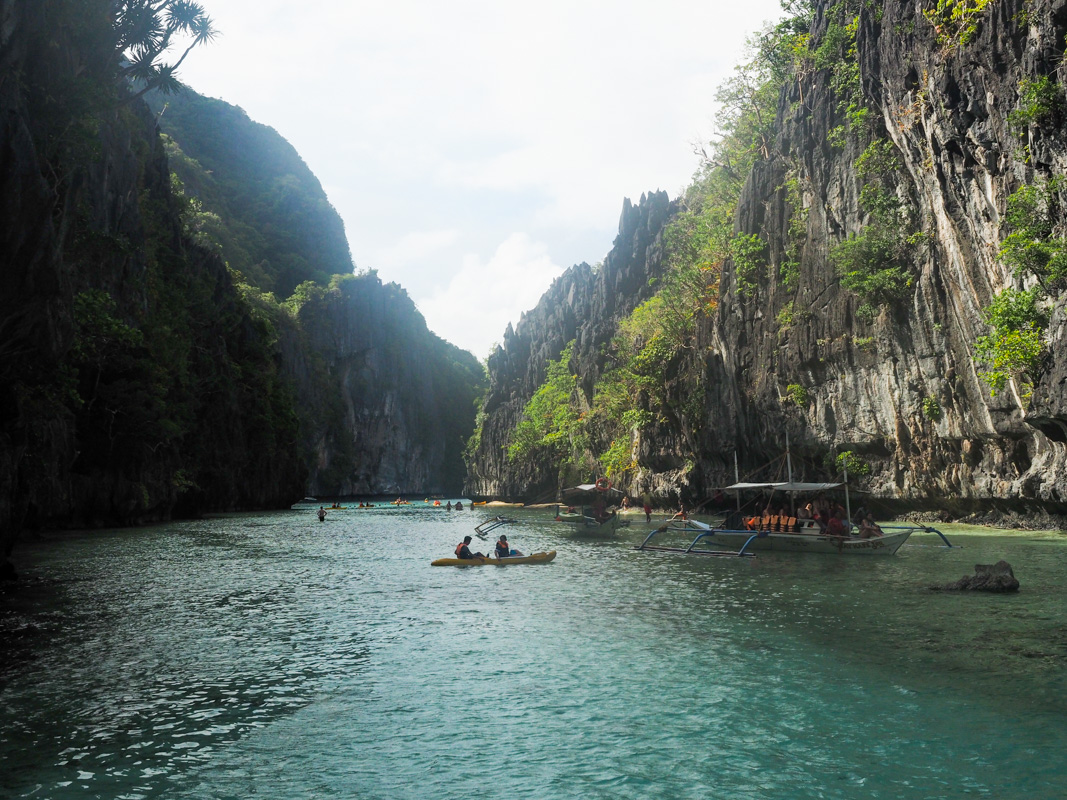 Shimizu island has been blessed with a gorgeous coral reef. Of course, this makes it a great snorkeling location. There is also a special species of birds that lives on the island, which are believed to have healing powers.

+  A Magical Trip to Moscow: Stepping into a Different World

As you may have noticed by now, Miniloc Island’s lagoons are like no other. The Secret Lagoon can be found on a small island that is encircled by graceful limestone cliffs. The lagoon lies in the middle of a massive crater, once a large cave that eventually collapsed.

7 Commandos Island was named after 7 mysterious Japanese commandos. Apparently, they used to live on the island after World War II ended. The beach at Seven Commandos Island is ideal for playing sports on the beach, drinking fresh coconut juice or just sunbathing.

I’m a blogger with an addiction to chocolate, sometimes coffee and a bit of tea with my cakes. I have a love affair with traveling and a sideline of photography.