The Netherlands has been experiencing a rather peculiar phenomenon: we don’t have enough prisoners to fill up our prisons. Since 2010, over a dozen prisons have been shut down, including the historic ‘Koepel’ prisons in Breda and Arnhem. Both of those prisons were temporarily re-purposed as asylum centers for refugees. The same has happened to the notorious Bijlmer prison in Amsterdam, which closed in the summer in 2016. Right after it closed, the first refugees were welcomed as new residents in the former prison towers. The Bijlmerbajes now primarily hosts refugees from war-stricken areas like Syria.

How the Bijlmer Prison Transformed into a Hotel, Hamam, and Restaurant

Undoubtedly, awaiting your residency permit in a form jail cell might not be the most ideal environment. While other prisons quickly transitioned out of their asylum phases, the Bijlmerbajes experienced a unique creative transformation. Over the past few months, it has become a successful creative hub called Lola Lik, with several pop-up projects that help refugees gain work experience. With the help of several organisations, refugees converted multiple sections of the prison into a hotel, a restaurant, a hamam (Turkish-style bath), a temporary museum, and a boxing school. This way, residents get the opportunity to make most of their time in the asylum by working on their careers and gaining skills in management, hospitality or culinary sectors. As an example of a successful ‘Amsterdam method,’ these projects showcase how immediate societal integration for refugees is the core objective.

With the help of several organisations, refugees converted multiple sections of the prison into a hotel, a restaurant, a hamam, a temporary museum, and a boxing school. 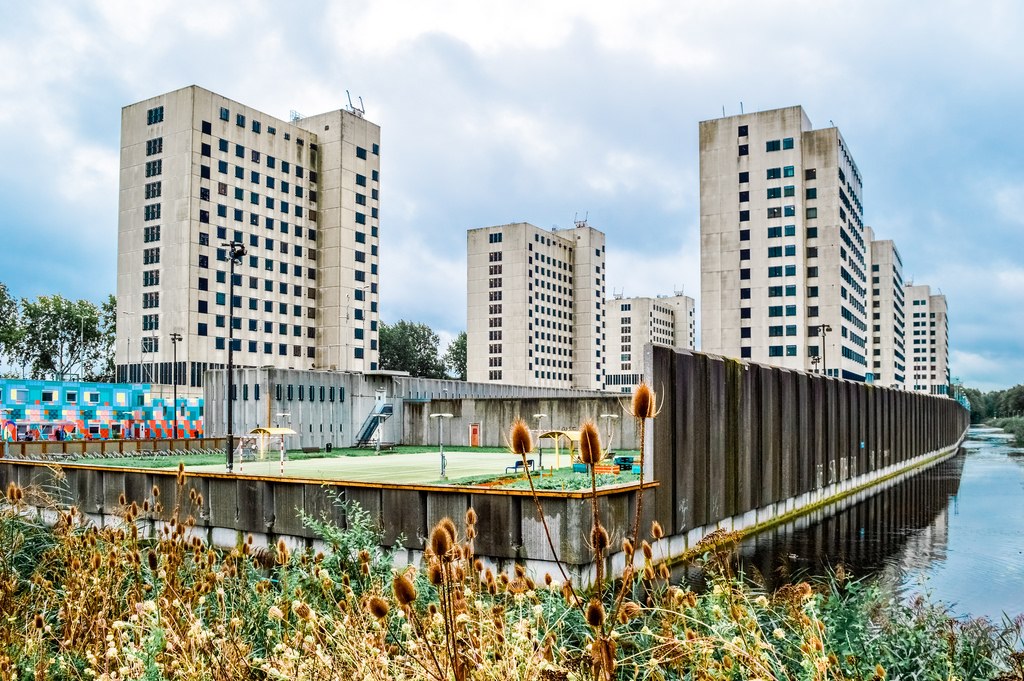 Working in the Restaurant ‘A Beautiful Mess’: Khaled Shares his Experience

I personally live quite close to the Bijlmerbajes, so I decided to pay an impromptu visit to the new restaurant: A Beautiful Mess. I didn’t really know what to expect, but the prison’s exterior couldn’t be more different from its new interior. The friendly atmosphere and stylish decor made a great first impression, looking as trendy as any other hipstery location in Amsterdam. I asked around and Khaled, one of the volunteers, took some time out of his busy day to tell me about the project.

+  6 Things to Do in Dresden to Discover Saxony's Royal History

After introductions, we started talking about the importance of creative places like the Bijlmerbajes. Moving to a different country is never easy, especially when it’s a reluctant choice you’ve been forced to make. Finding the energy for making a new start in a different society is a challenge. Khaled explained the value of working in a place where refugees and locals are able to interact, and how this dimension manages to make a huge difference in the experience of refugees.

“Many refugees have gone to university or completed higher education. We are ambitious, we want to be a contributing member of society, and have a fulfilling career. Just like anyone else in Amsterdam. I studied ICT myself, but we need job experience and everyone needs to start somewhere. Here you can be a barista or chef, but also a manager. There is a big variety in positions and working level. Projects like these are like an in-between, a step along the way. It’s like being halfway between refugee and an integrated member of society.

Becoming part of another society also involves learning the local language. You always hear that almost every Dutch person can speak English. This is true, but speaking Dutch is a very important part of integration, more than you might think. But it is difficult to become fluent, Dutch people switch to English whenever they hear a foreign accent. The government helps with programs, but you need to have everyday conversations with locals in order to become fluent.

That’s why this restaurant is such a good place. It helps work against isolation and becomes a meeting place between refugees and locals. This works both ways, because we also bring something new to Dutch society, even if it’s just through our dishes.

That’s why this restaurant is such a good place. It helps work against isolation and becomes a meeting place between refugees and locals. This works both ways, because we also bring something new to Dutch society, even if it’s just through our dishes. What is this Dutch saying again? “Wat de boer niet kent, dat vreet hij niet” (translation: “A farmer doesn’t eat what he doesn’t know,” meaning that most people only appreciate food or culture they are already familiar with). But I wish people would also realize that all of us have something to offer. It’s like an injection of new blood into society, and also into the labor market.” 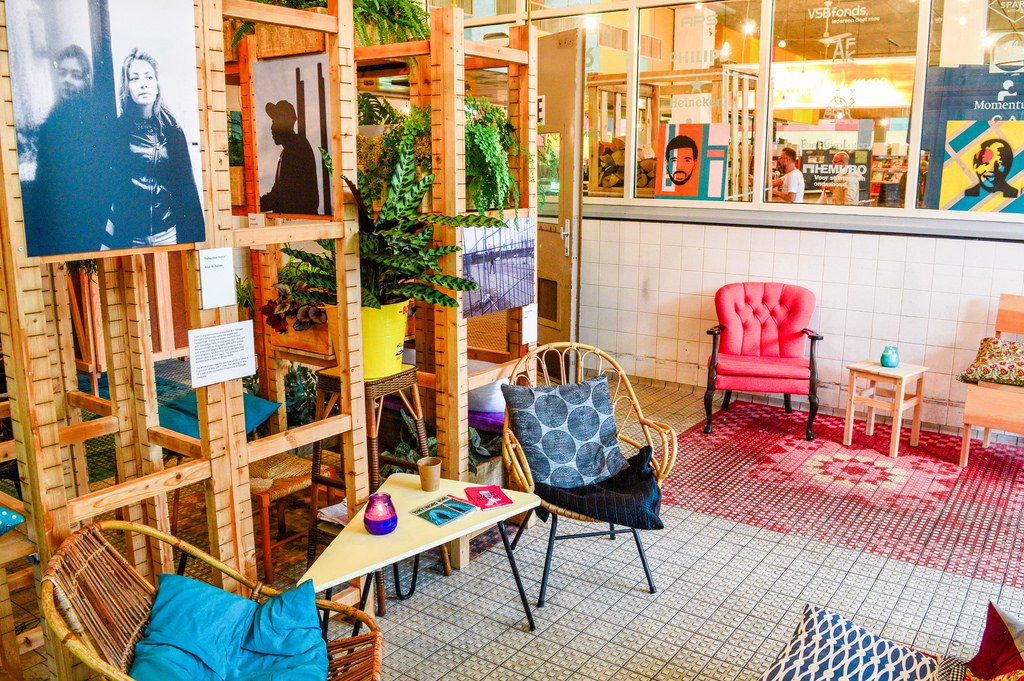 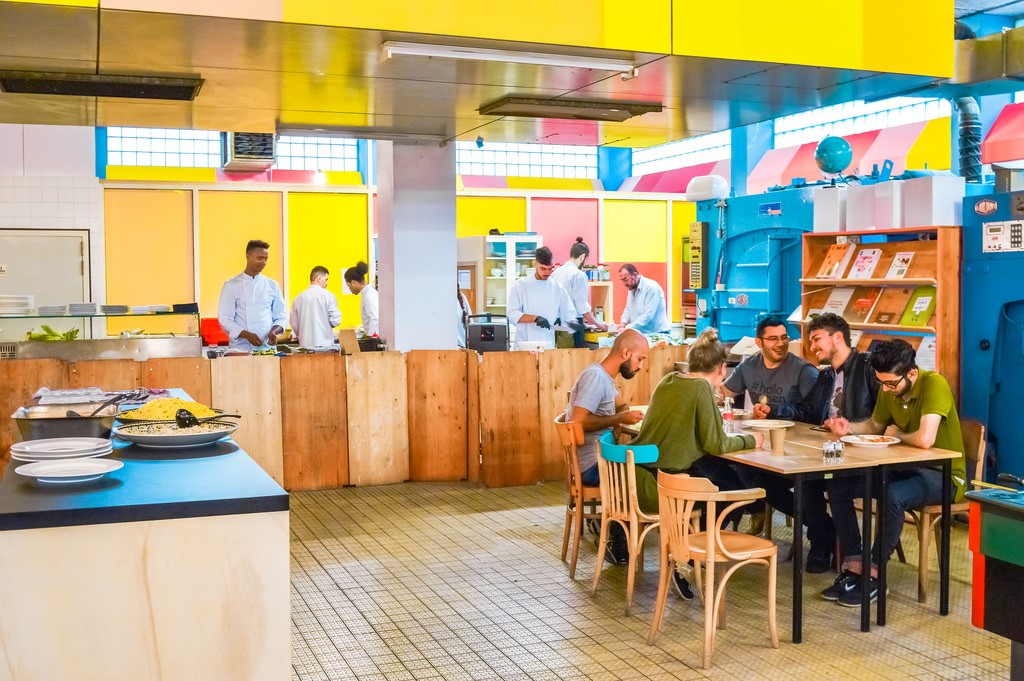 From Prison to Refugee Center to…Eco-Friendly Suburb: What’s Next?

So far, the Bijlmer prison has certainly led an eventful existence, but it looks like the towers are entering into their final phase (for good). As I’m writing this article, news reports have recently revealed an entirely new plan to transform the Bijlmerbajes into an eco-friendly suburb. The Central Government Real Estate Agency of the Netherlands has decided to sell the complex to a subsidiary of building giant BAM for €84 million. The towers will be demolished or renovated to make way for the new “Bajes” quarter. Building plans for this eco-friendly neighbourhood do not only involve over 1300 residences, but also a park, urban farm, school, apartments, a health center, and restaurants.

I won’t deny that the plans sound pretty incredible. However, this also means that the Lola Lik projects will soon have to make way for urban redevelopment. Although an exact date for starting the building project has not been announced (somewhere in 2018), it is clear the refugees will need to find a new home. Hopefully there will still be room for projects like the restaurant in the new neighbourhood, but that doesn’t seem to be the case for now. Nobody quite knows what’s next. At least for the next few months, the projects will keep going strong.