Looking for an adventure? Keen to discover Europe’s most beautiful cities, swim in crystal clear water and party all night long? Then this will be the perfect Interrail route for you to experience the less famous, but just as beautiful parts of our continent. We hope this Interrail Guide will inspire you to start exploring more of Europe!

What you will need:

After graduating in June last year, my best friend and I decided to travel Europe together. And what’s easier than just getting an interrail pass and discover Europe by train?!

An interrail (or eurail for non-European citizens) pass allows you to catch most trains in basically every European country except for your own. There are different types of passes you can get, from just a couple of days up to one month. Traveling with an interrail pass is super easy, the website provides all the information you need and comes with an app to check your train connections that even works without internet – perfect for when you’re abroad!

We got the 4-weeks pass which allows you to catch unlimited trains from the first to the last day of one month, which makes it important to pick your traveling dates wisely!  The only thing you need to do is to occasionally make train reservations ( which we only did two or three times)  and fill out your pass once you enter the train- if you forget to write your point of departure and you destination down, your pass will be invalid! And that’s basically it- as you can see, having an interrail pass makes you totally flexible about when and where you wanna go next and even gives you discounts on some ferries and buses!

Firstly, we wanted to head to Western and Northern Europe, but after a while we realized that that would involve a lot of extra costs for ferries and be in general quite pricey (if you’ve done interrail or have traveled up there, feel free to correct me or send me some tips, I’m still very keen on going up North!). So, we spontaneously changed our plan and decided to travel Eastern and Southern Europe, as we both haven’t been to most of these countries before either! Unconsciously, we chose a pretty much perfect route: it’s a great mix of exploring Europe’s capitals and doing lots and lots of cultural stuff, partying with great people and being able to recover from wild nights out at amazing beaches and enjoy the most beautiful nature! So, here you go, this was our route.

+  Bullet-proof wall to be built around Eiffel Tower 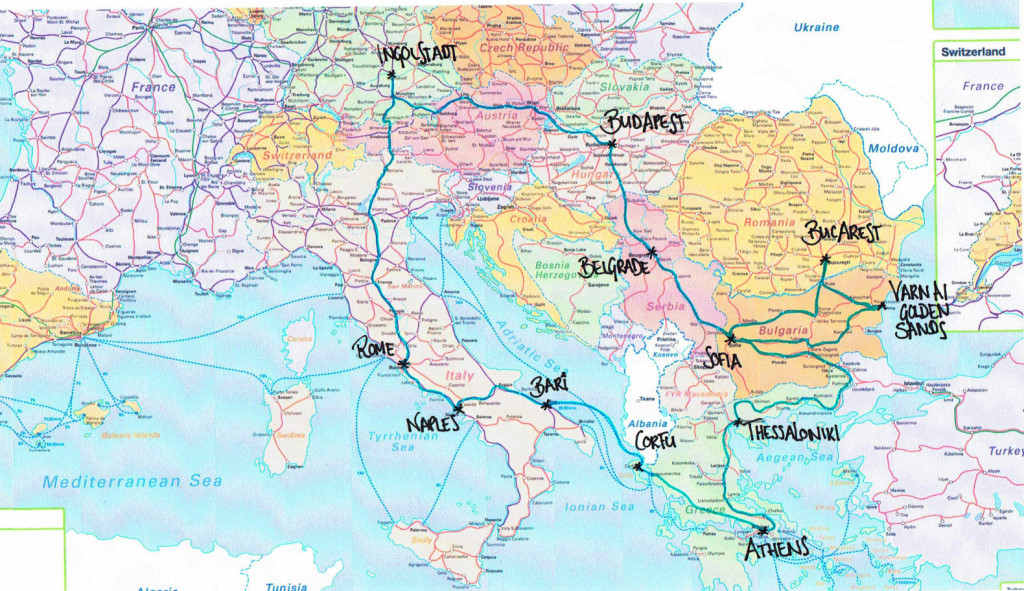 Especially the first part of our route (Budapest- Bucharest) is quite common for backpackers, so you’ll meet heaps of other travelers who are doing interrail as well! 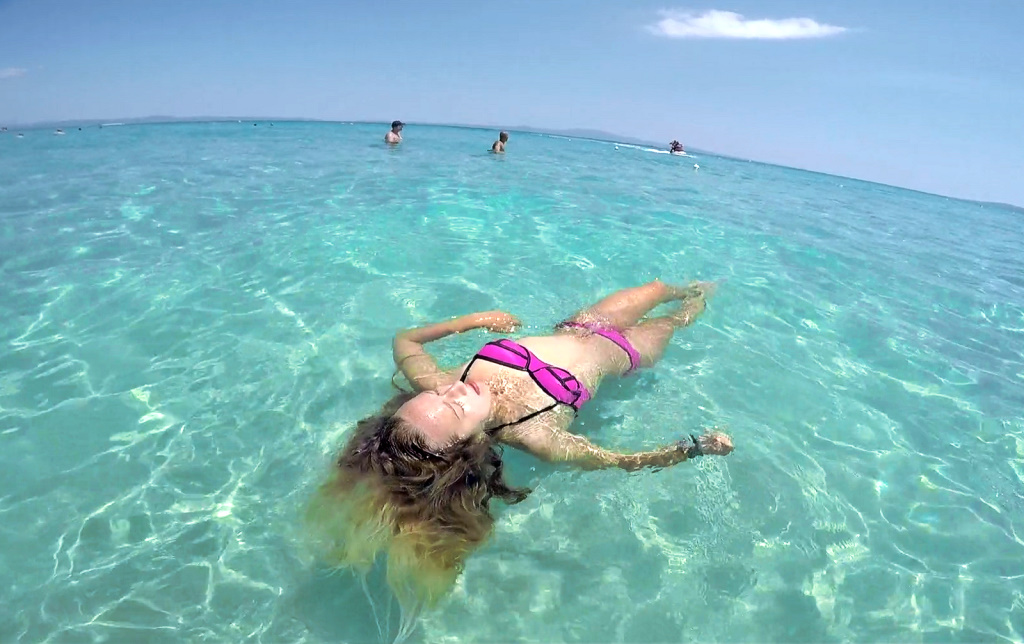 How to plan your Interrail trip

As you can see, we traveled for longer than a month (6 extra nights on trains, buses etc). We bought the first ticket from home to Budapest and the last one from Rome back to Ingolstadt separately as our interrail pass wasn’t valid in Germany anyway (home country). Therefore we got to start our trip on 28th June (separate ticket), use the interrail pass all of July and come back home on 4th August (separate ticket), which gave us almost an extra week! Also, we tried to catch as many trains over night as possible, to sleep on the train without missing out on anything, saving money for hostels and being able to spend almost an extra day at the place we were coming from and going to! Example:

+  Tasty Tapas and Fun in the Sun: A Guide to Visiting Granada

As we were on quite a strict schedule and planned everything quite well, we looked up all the train connections in advance (which were always correct) and also booked most of our accommodation in advance (hostel world.com, Airbnb), which was also super easy! Of course, all of that is definitely not necessary, but helped us a lot not wasting time while traveling! The rest just happened on the go, once we had our transport and accommodation sorted, we just showed up at places and got lost there, no further planning needed, my friends!

Hey there! I’m Cari, I’m currently living in Germany, but the world is my home. Since I’ve lost my heart in Australia at very young age, I take every chance to go on an adventure, meet interesting people and hear their stories. Apart from that, I’m passionate about filmmaking, photography, sports and cooking! I cannot wait to share my experiences with you on Globonaut , so come and travel with me!