The third of October. It’s the day before World Animal Day. An ordinary, rather meaningless day in a fairly unremarkable week at the beginning of the autumn season. That’s not the case, however, if you live, work, or study in the Dutch city of Leiden. This is the day when Leiden celebrates its liberation: the Leids Ontzet. Never heard of it? Rest assured, because you’re not the only one. Almost everybody I’ve told about this unique October festival in Holland said they hadn’t.

But believe me: the Leids Ontzet is a party. One hell of a party. For two whole days (the festival starts on the second of October), the city turns into a gigantic funfair. There are performers everywhere, and everyone is talking, laughing and singing along with some candy and a glass of beer in their hands. At least, that is when you look at this scene with an untrained eye. When you look a little closer, you will understand this special day in Leiden is all about tradition. It holds a very important place in the hearts of the local ‘Leienaren’. 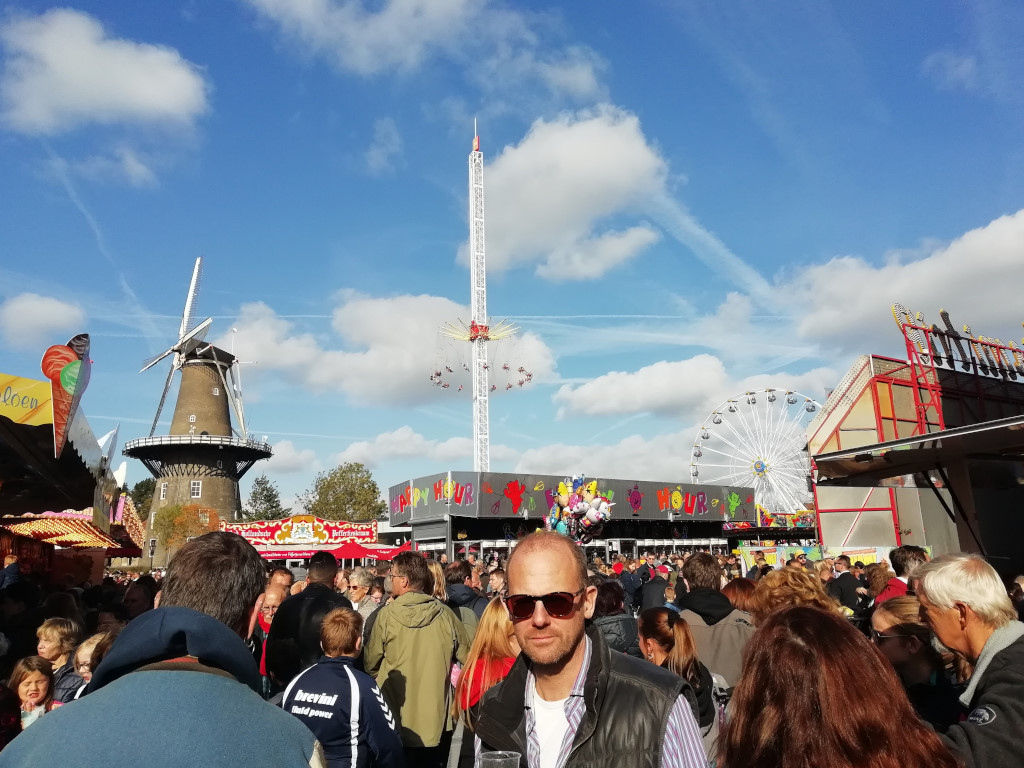 A little bit of history: the story behind the Leids Ontzet

Why such a big party on such an insignificant day? Well, it’s not just random. Indeed, Leids Ontzet has everything to do with the history of the Netherlands. With William of Orange, with the Reformation, and with the Eighty Years’ War. In 1555, King Philip II of Spain managed to become the reigning monarch in the Netherlands.

Initially, there wasn’t much conflict. But the Dutch were less pleased with the Catholic oppression that accompanied the reign of Philip II. The Dutch Protestants became oppressed and revolted in 1566, during the Iconoclastic period or ‘statue storm’. They plundered all the Catholic churches and left them empty.

It’s not the best thing to do under Catholic rule: as a sanction, the ‘Iron’ Duke of Alva was appointed as the governor of the Netherlands to suppress the uprising. The result: the religious restriction grew and the oppression only got worse.

Leiden sides with William of Orange

An increasing number of Dutch cities therefore sided with William of Orange. This Dutch prince fought hard to drive the Duke of Alva out of the country. This eventually led to a long battle against Spanish domination. The conflict went down in history as the Eighty Years’ War and resulted in the independence of the Netherlands.

Leiden was also fed up, and the city decided to support William of Orange in 1572. Two years later, the Spanish reacted, when Alva ordered an army to seize the city of Leiden and closed it off from the outside world. The goal: to starve the population and force the city to surrender.

The Spanish Duke of Alva seized the city and Leiden became isolated from the world outside. The goal: to starve the population in order to force the city to surrender.

Fortunately for Leiden, the siege lasted only briefly, because the army was quickly needed somewhere else. The foolish people of Leiden were so happy about the liberation that they took no measures to deal with another possible siege. And so the city was totally unprepared when a few months later, the army came back and started an even longer siege. There was too little food and too little ammunition.

The liberation of Leiden

The Spanish troops seemed to reach their goal: the people were famished, desperate and angry. The city council considered giving up, until a message by carrier pigeon arrived: help was coming. The Dutch resistance fighters (‘Watergeuzen’) were coming by boat. Sabotaged dikes near Rotterdam and favorable winds would make the water flow to Leiden and hopefully corner the Spaniards.

The situation was nerve-wrecking, since the wind kept blowing in the wrong direction. But eventually, the plan worked. In the night of 2 to 3 October, the wind turned and the Spanish soldiers fled to evade the rising water. In the early morning of October 3, the hungry Leideners were finally free. 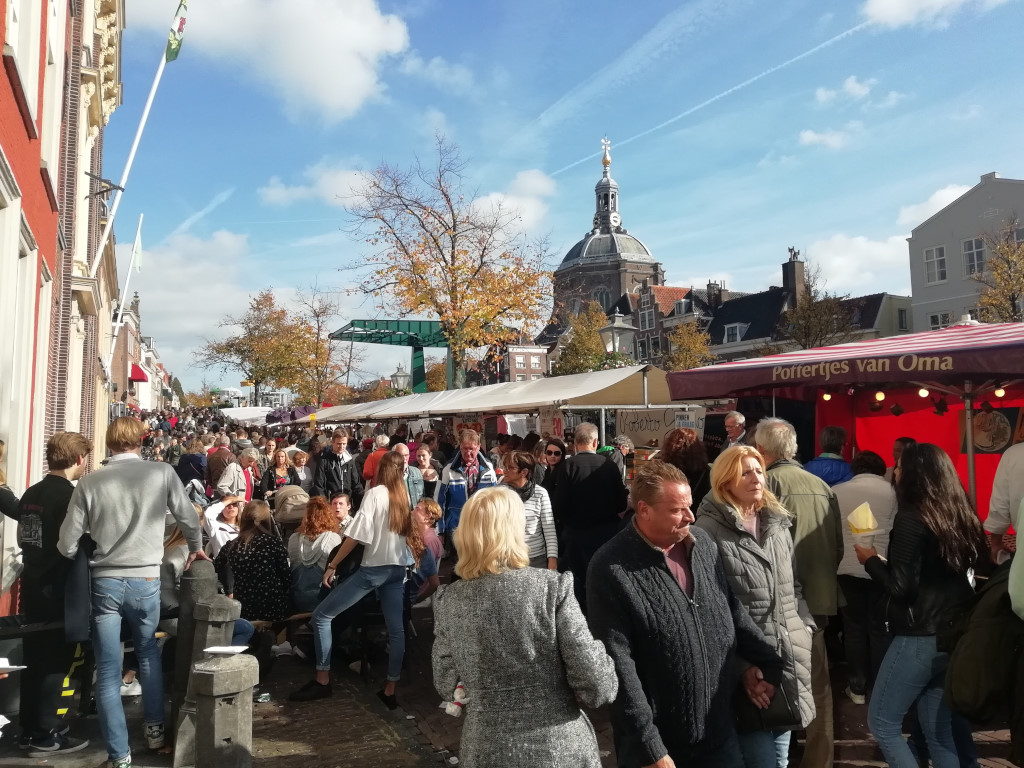 The centuries-old festivities return every year

The fact that Leiden managed to escape its imminent demise, is still a reason for commemoration. And that’s why a special ‘October 3 Vereeniging’ was established in 1886, and why there is still an epic party in Leiden every year. This means that all residents in Leiden have a day off on the third of October. Most shops, companies and schools keep their doors closed and everyone heads to the streets to celebrate. Many of them will wear red and white clothing, representing the 3 October Vereeniging, which currenlty has no fewer than 14,000 members.

Leids Ontzet: it’s all about tradition

The third of October is also the day on which Leienaren embrace their traditions. I will explain a few of these customs. Since the resistance fighters arrived in the early morning, the festivities also start early. Just like the Watergeuzen, at 7 o’clock in the morning the locals will eat ‘Haring & Wittebrood‘ (herring and white bread) at the beautiful old ‘Waag’ monument. Around the same time, the ‘Reveille‘ will be held and the people will sing traditional songs on the Town Hall Square.

If you haven’t had enough of all the singing, you can continue singing an hour later during the ‘Koraalzang‘. This event is held in the city park that also refers to Leids Ontzet: the Van der Werffpark. The park was named after the mayor of Leiden, Pieter van der Werff. This mayor entered the history books as a hero: he offered his own body as a source of food during the siege, so the people of Leiden would have something to eat.

Mayor van der Werff entered the history books as a hero: he offered his own body as a source of food during the siege, so the people of Leiden would have something to eat.

Along countless funfair stalls, the route continues to one of the most beautiful churches in Leiden in the afternoon. Just like in 1574, every Leids Ontzet is celebrated with a thanksgiving service in the Pieterskerk. In the evening, eating a plate of ‘Hutspot‘ (hotchpotch) with beef stew is an obligatory part of the festival. This meal refers to an old legend: in the morning, a small and hungry orphan boy in Leiden, Cornelis Joppenszoon, went out to investigate the abandoned Spanish army camp. There, he found a kettle filled with stew, still on the fire.

+  Now or Never: The Paradox of Flying to Iceland to See a Melting Glacier

To end the day in a festive way, head to the Zijlpoort around eleven o’clock. There, you can admire the impressive firework show on a jetty or the quay of the canal. 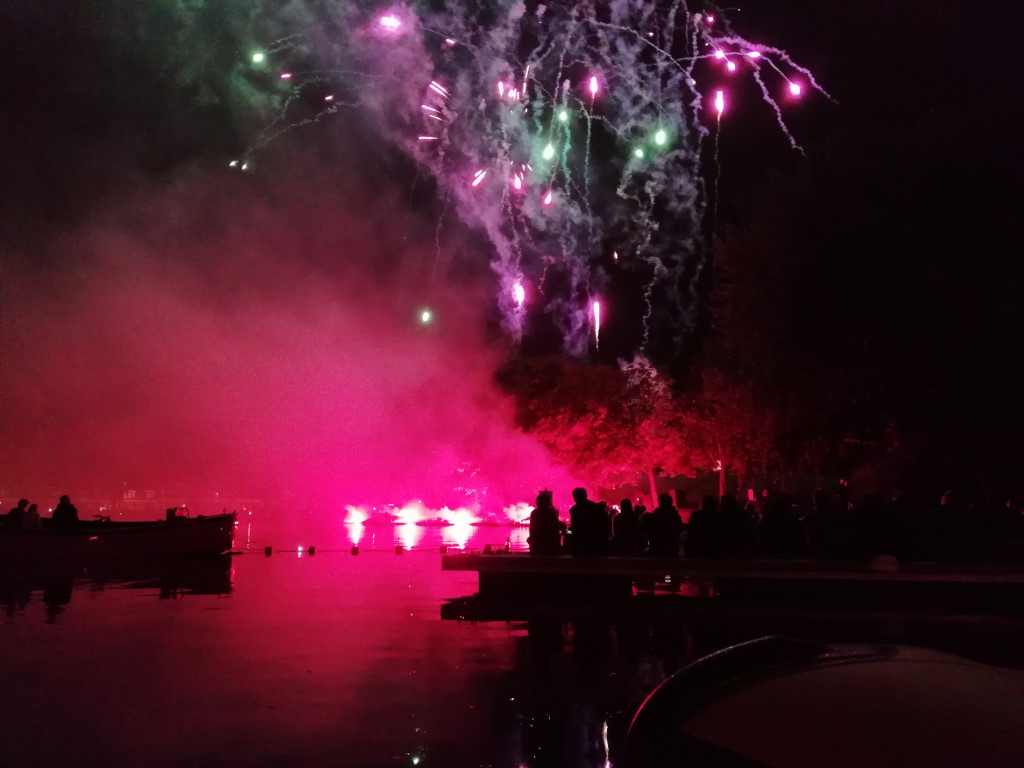 A perfect day in Leiden

With its beautiful canals, elegant mansions, alleys, churches and university buildings, Leiden is a gem of a city to visit. If you like a bit of craziness and are in for a special, yet typical Leiden experience, the Leids Ontzet is definitely something for you too.

Immerse yourself in the madness and buy a sweet little candy cane. Ride the Ferris wheel for a stunning view of Leiden, eat a herring sandwich and enjoy some good old hotchpotch. And don’t forget to escape the crowd, every now and then. Wander through the beautiful streets of Leiden, absorbing the historic beauty.