Sleepy-eyed from a 9-hour overnight train from Hanoi main station, we were greeted with a cool December morning mist upon alighting at the train station in Lào Cai. We were on our last leg of the trip, ready for some trekking through the terraced hills and slopes of the Muong Hoa Valley in Sa Pa, a town in the Hoàng Liên Son Mountains of northwestern Vietnam.

It was a slow, winding ride up the dizzying mountain roads from Lào Cai to Sa Pa. We were caught unprepared for the cold and muddy terrain, trudging through the vegetation with rain boots. But even so, we went ahead, driven with the purpose of exploring the mountain villages that we came to Sa Pa for.

We chanced upon a group of H’mong women who were gathered in the vicinity of our hotel. The H’mong are local mountain people belonging to an ethnic minority. They reside along the border of Vietnam and China after migrating from China in the 18th century due to political unrest that persisted in the country. We ended up trekking with them through the villages.

They donned colourful head scarves on their heads and hand-weaved tops as well as a few more layers of clothing in order to battle the treacherous cold. Most of them had huge baskets strapped securely on to their backs with a plastic film cover on top to prevent their belongings from getting wet. Some carried their beloved babies on their backs.

That was when I met Li , who told me that she was 25 with two children, ages three and four. At that time, I sheepishly told her that I was 23 when she laughed and said that I was of marriageable age and that I should get married and have children, like her.

That was when I met Li , 25 with two children. At that time, I sheepishly told her that I was 23. She laughed and said that I should get married and have children, like her.

I guess, cultural context plays a huge part in defining a person’s life trajectory and social circumstances. The notion of marriage and having children sounded too far-fetched.

I smiled, secretly plotting the questions that I had for her to divert this awkward conversation to something less personal.

Kindness from a Complete Stranger

Li led us through the barren terraces, devoid of rice seedlings that had been previously transplanted and harvested in September when the rice fields were still lush and emerald green. Our rain boots sank into the mud with every step we took while we descended slowly, afraid to lift our feet up for fear of slipping on the edges and off the ridges. My hands reached out to clutch hold of any protruding surfaces for additional support.

As though she could understand how I felt while traversing through the rough terrain, Li extended her arm out within my reach many times over. I grew so dependent on her throughout the entire trek, like a leech latching on human skin for dear life .

“Thank you.” I had lost count of the number of times I had said it.

We reached a rest stop, a thatched, wooden shelter when Li came up to me with a leafy structure that was in the shape of a heart.

At that instant, I experienced this sense of crippling indebtedness seeping into my conscience. Right from the beginning of the trek, I had not done anything for her.

Was it the sense of moral obligation I felt? Especially when it boiled down to doing something in return for a complete stranger who had shown kindness to me.

Trekking through the rice terraces in the midst of winter in the cold, hilly slopes of Sa Pa makes one contemplate a lot more than usual. I dwelled on it throughout the journey between the rest stop and our final destination where we had lunch.

I wondered if Li accompanied travellers on their treks every day.

An Abrupt Change of Events

It was then that I figured out what I needed to do for her.

I thought she would surely appreciate a token sum of money for her hospitality and kind gesture she had extended during the entire trek.

We finally arrived at a mountain hut where we made a stop for lunch after trekking for almost four hours. The shelter came as a respite from the unending drizzle. It was time for Li and I to part ways.

She held onto my arm.

“Wait.” She proceeded to remove the weight from her shoulders and gently lifted the plastic film covering the bamboo basket.

“Please buy something from me.”

I leaned closer and peeked into the bamboo basket that she had been carrying with her the whole time. There were bundles of handmade pouches and purses of different designs and patterns. They looked almost like the ones that were commonly seen in the tourist markets, mass produced in the textile industries for sale.

“Please. Please.” She grew more insistent. I expected something like this to happen but it struck me all of a sudden with this abrupt change of events.

Thoughts assailed my mind. Was this why she had been by my side the whole time? Was this why she tried to strike a conversation and sustain it during the whole journey? Was that why she made me felt safe and assured in her presence?

The abrupt change of events struck me. I honestly didn’t know what to feel. Was this why she had been by my side the whole time? Was that why she made me felt safe and assured in her presence?

She knew that my safety was in her hands especially in such unpredictably muddy terrain that I was ill-prepared for. I honestly didn’t know what to feel. Perhaps it was the feeling of reciprocity coupled with a subtle sense of betrayal of trust. It felt as though we depended on each other with an agenda.

Or maybe it was just me who was oblivious about this transaction.

A New Wave of Consciousness

“Buy from us.” A few other girls came by, joining the crowd.

Li gently nudged me on my arm again, as though reminding me that it was her I should buy from.

“Don’t worry. I will buy from you.” I assured her. The girls knew what that meant and left.

I thought about the decision that stuck with me earlier – the token sum of money. Instead of giving her money, I could buy these pouches in return.

“Handmade. More expensive.” Li showed me the pouches, cupped with both hands. Her eyes shone with glee.

I begrudgingly acceded to her request. I selected two pouches quickly because ultimately, I did owe her a favour. We parted ways in front of the mountain hut and I never saw her again.

I still have a picture of her in my camera and the leafy heart-shaped structure she made for me. They remind me of the interdependence between tourist-travellers and the locals residing in the region. On hindsight, the initial betrayal of trust that surfaced from within gradually gave way to a new wave of consciousness as I navigate through the delicate balance of tourism and its impact on the locals wherever I go in the world.

We are in every way responsible for the places we go to and the people who live there. 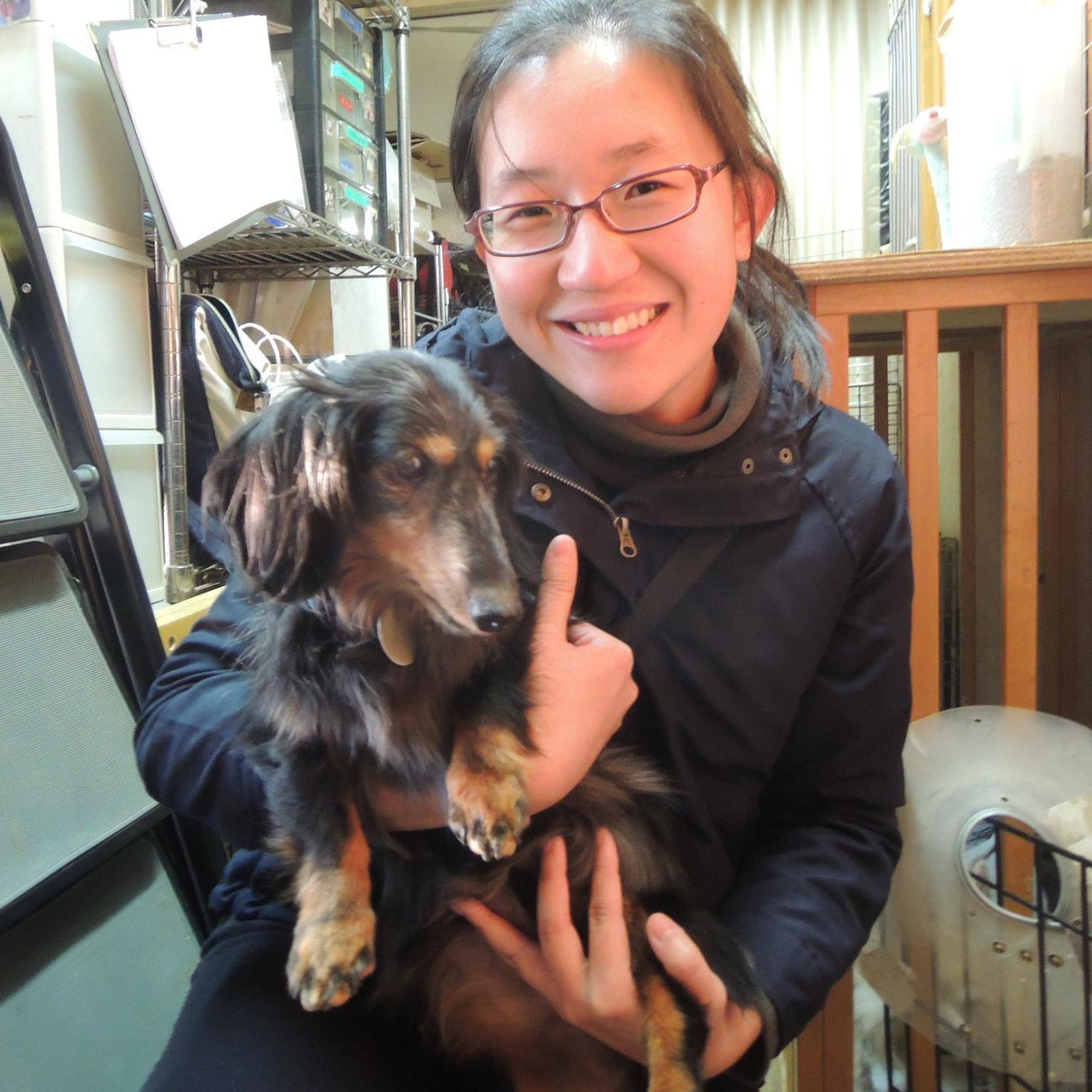 As an aspiring photojournalist, it has been my dream to share my personal travel stories, through words and photographs. I hope to capture the essence of human conversations and relationships across cultures and borders as much as possible. In my free time, I enjoy writing because it is cathartic for me to engage with my thoughts and how they wrestle with conflicts and dilemmas. A memory-keeper, I love taking photographs of places I have been to, safely stored in my memory bank a.k.a. hard disk drive.

This website uses cookies to improve your experience while you navigate through the website. Out of these, the cookies that are categorized as necessary are stored on your browser as they are essential for the working of basic functionalities of the website. We also use third-party cookies that help us analyze and understand how you use this website. These cookies will be stored in your browser only with your consent. You also have the option to opt-out of these cookies. But opting out of some of these cookies may affect your browsing experience.
Necessary Always Enabled

Any cookies that may not be particularly necessary for the website to function and is used specifically to collect user personal data via analytics, ads, other embedded contents are termed as non-necessary cookies. It is mandatory to procure user consent prior to running these cookies on your website.