Ladies and gentleman, summer has arrived in Holland! I get it, Amsterdam might not sound like the most straight-forward destination for a sun-soaked getaway. But don’t underestimate what this legendary European capital has to offer. I recently got back from a few trips abroad, and even after living here for 5 whole years, I’m not even a little bit sad about spending most of my summer in the ‘Dam’. My prospects? Conversations with friends on the lively terraces that look out over the canals, relaxing visits to the greenest gardens, and plenty of opportunities to take a refreshing dip in the water.

Now, it is true that Amsterdam is pretty much swamped with tourists during the summer months. That’s where I, a certified local, will come to your rescue! It’s best to avoid the tourist traps and head to the hidden gems that have stayed off the beaten path. That way, you’ll have a better time (most importantly), and the overcrowded areas will hopefully get a little bit of break as well. In this local’s guide to Amsterdam in summer, I’m sharing the best insider tips to take your trip to the Dutch capital to the next level.

Insider Tips for Amsterdam in Summer 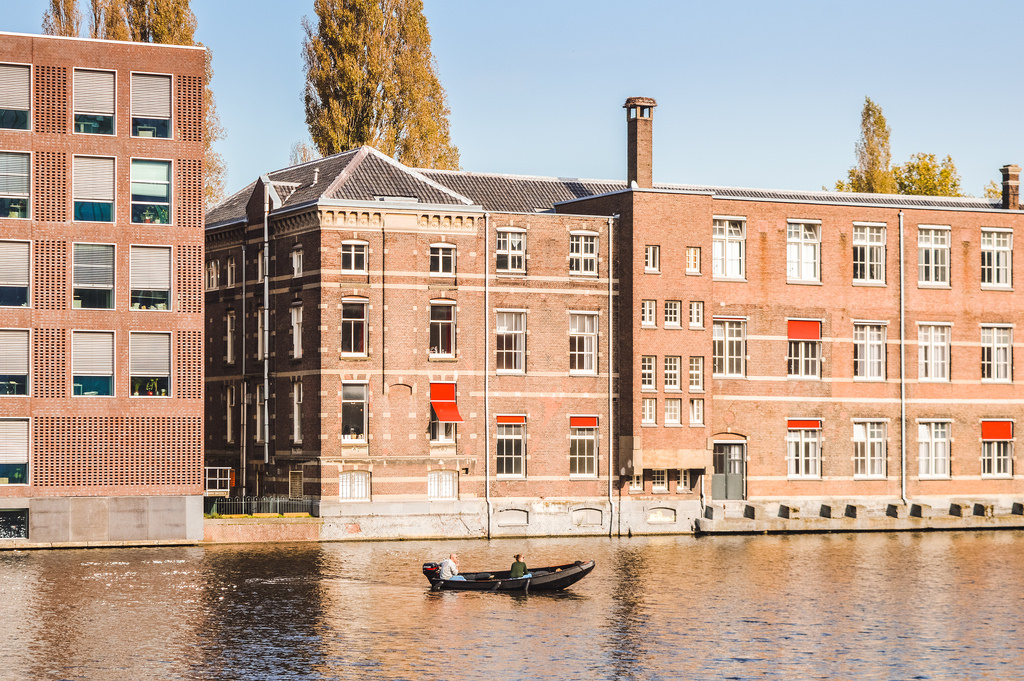 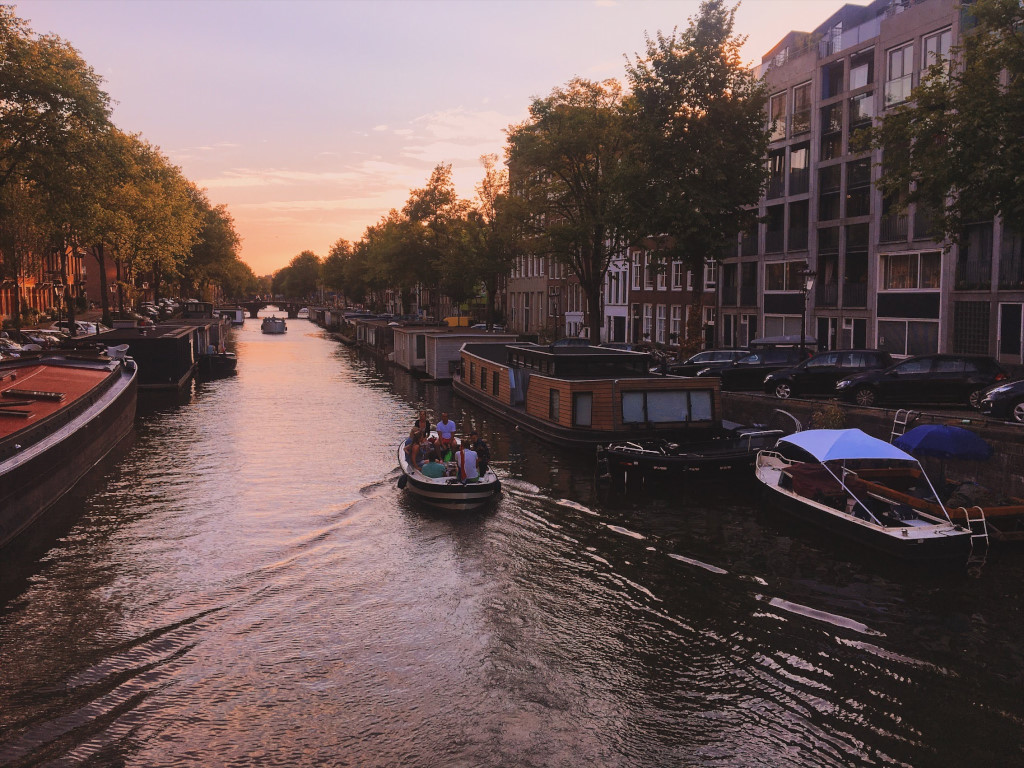 Have a Picnic Party at the Park

Having fun doesn’t have to be complicated, and it doesn’t need to be expensive either. The best thing to do on a sunny day in Amsterdam is to stay out on the street and take in all those happy vibes (we don’t take that vitamin D for granted). While you can always pick a nice restaurant (with an outdoor terrace) for lunch, I would 100% recommend having a picnic at one of the beautiful city parks. That way, you can combine being outdoors (sunbathing) with food and friends. You can fetch your picnic supplies at supermarkets like Albert Heijn (most common in central Amsterdam), Jumbo, or Lidl. Don’t forget to bring a blanket, and try to minimise the plastic!

Insider tip: I would personally avoid the infamous Vondelpark, since it’s often full of obnoxious, weed-smoking tourists (unless that’s your thing, of course, live and let live). Better parks to get your chill on are the Westerpark, Wertheimpark, Plantagepark (my favourite), and the Amstelpark.

First of all: don’t even think about taking a dip in the canals. I know that murky, sh*t-coloured water can look terribly enticing on a hot summer’s day, but you don’t want to know what’s down there. Besides, it’s a known fact that 90% of the drunk (male) tourists have at one point peed in the canals. But don’t worry about that, there are plenty of other options.

+  The Netherlands in Bloom: Celebrating the Spring Season at 5 Stunning Locations

Two of my personal favourites are the peaceful Ouderkerkerplas, a lake nearby Amsterdam, and the Grote Vijver (Big Pond) at the Amsterdamse Bos (Amsterdam Forest). These bodies of water might not be connected to the sea, but the Ouderkerkerplas has a wonderful sandy beach and the Grote Vijver is connected to a beautiful grassy meadow, lined with trees. Other locations to go swimming in and nearby Amsterdam are: Gaasperplas, Sloterplas and Blijburg.

Sunbathing in the City

If you don’t necessarily want to go outdoor swimming, but still want to flaunt your stuff in the sunshine, I know where you should go. One sure-fire spot is the NEMO rooftop terrace. This rooftop, which belongs to the NEMO Science Center, is the highest public square in the city. It offers an insta-worthy view of the Amsterdam cityscape, comfortable seating that is accessible to all, and even a few fountains for kids (ages 0-99) to cool down and play with the water. The entire Oosterdok area (which NEMO is part of) is also a great spot in general to absorb some sunshine.

Another wonderful public square is the Artisplein, which borders the zoo. While you relax in the sunshine (there are chairs and tables that anyone can use), you’ll have a view of several bird species, including flamingos! Just like the NEMO rooftop, there are fountains that provide a bit of a splash. The Rijksmuseum Garden and Museumplein are also lovely spots to lie down in the grass. Just be aware that they are both located in a touristy area.

It’s a known fact that the Dutch are experts when it comes to dairy products. Cheese, yoghurt…and also ice cream! OK, I’m definitely not claiming we’re better than the Italians, but we do pretty well for ourselves. The local ice cream parlor chain called ‘IJscuypje‘ exclusively sells artisanally crafted flavours. Dairy-based scoops are made from milk from those typical cows you see in the Dutch countryside.

The two best IJscuypje ice cream parlors are the one across the street from the Artis Royal Zoo (Plantage Kerklaan 33) and the one at Westerpark (Gosschalklaan 7). Other top-notch frozen foodie spots are the IJstuin at the Amstelpark and Tofani (perfect for people-watching).

Bonus tip for the hardcore ice cream aficionados: Banketbakkerij Van Der Linde makes special whipped cream ice cream. Their formula is so good that the tiny confectionary has gained an iconic status in Amsterdam. The location isn’t quite idyllic (it’s next to Primark, in one of the busiest shopping streets), but it might be worth a visit. 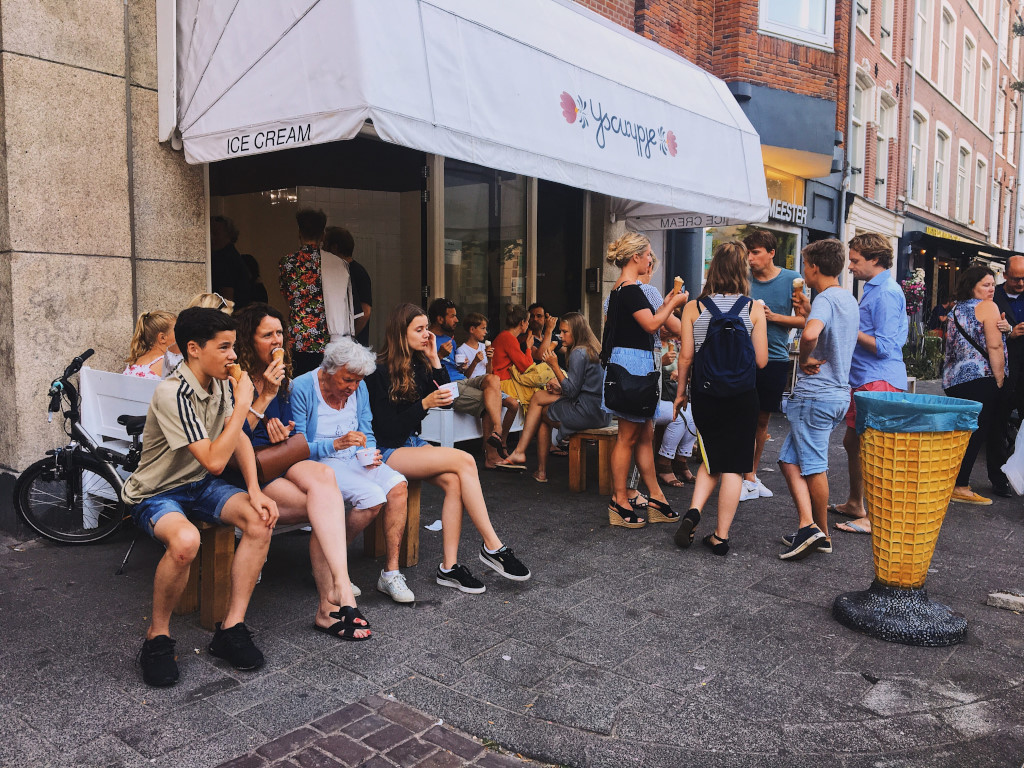 Heading to the Seashore for the Beach

Now, if you’re a real beachaholic and those urban options don’t quite make the cut, there are still ways to head to the seashore. That’s the benefit of visiting a small country like the Netherlands: nothing is ever far away.

Catching the train from Amsterdam Central to Zandvoort aan Zee is the fastest way to get to a seaside beach. Zandvoort has a charming boulevard and spectacular sandy beach, and it’s one of my personal happy places. That being said, the trains do get extremely crowded on sunny days, so try to catch one earlier in the morning. Other options are Bloemendaal aan Zee and IJmuiden aan Zee.

The short answer: you never know. It could be 32 degrees and sunny, or it could be 18 degrees and rainy (Celsius that is, we don’t deal with that silly Fahrenheit business). Check the weather forecast before you go! Usually though, average temperatures will be around 22-24. Make sure to bring a light jacket, even if it’s just for the chilly evenings.

What Should You Pack?

If you’re planning a summer break in Amsterdam, these are some of the things you probably shouldn’t forget to pack: