Last year in August, I was lucky to attend the wedding of my beloved brother… in Moscow! Yes, I went on a magical trip to Moscow, the capital city of Russia. The put our debit cards settings on ‘Asia’, we packed our suitcases, and we meticulously scanned our travel guides for information. On Wednesday the fifth of August, our plane took off from the Airport of Brussels, to deliver us on the Sheremetyevo International Airport a short three hours later. 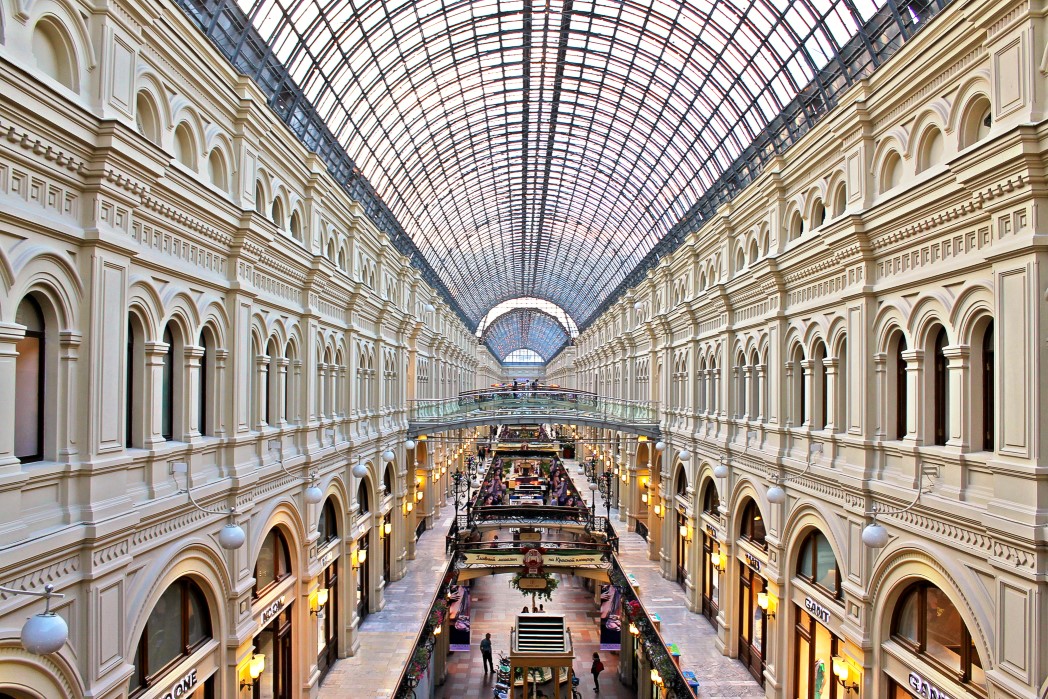 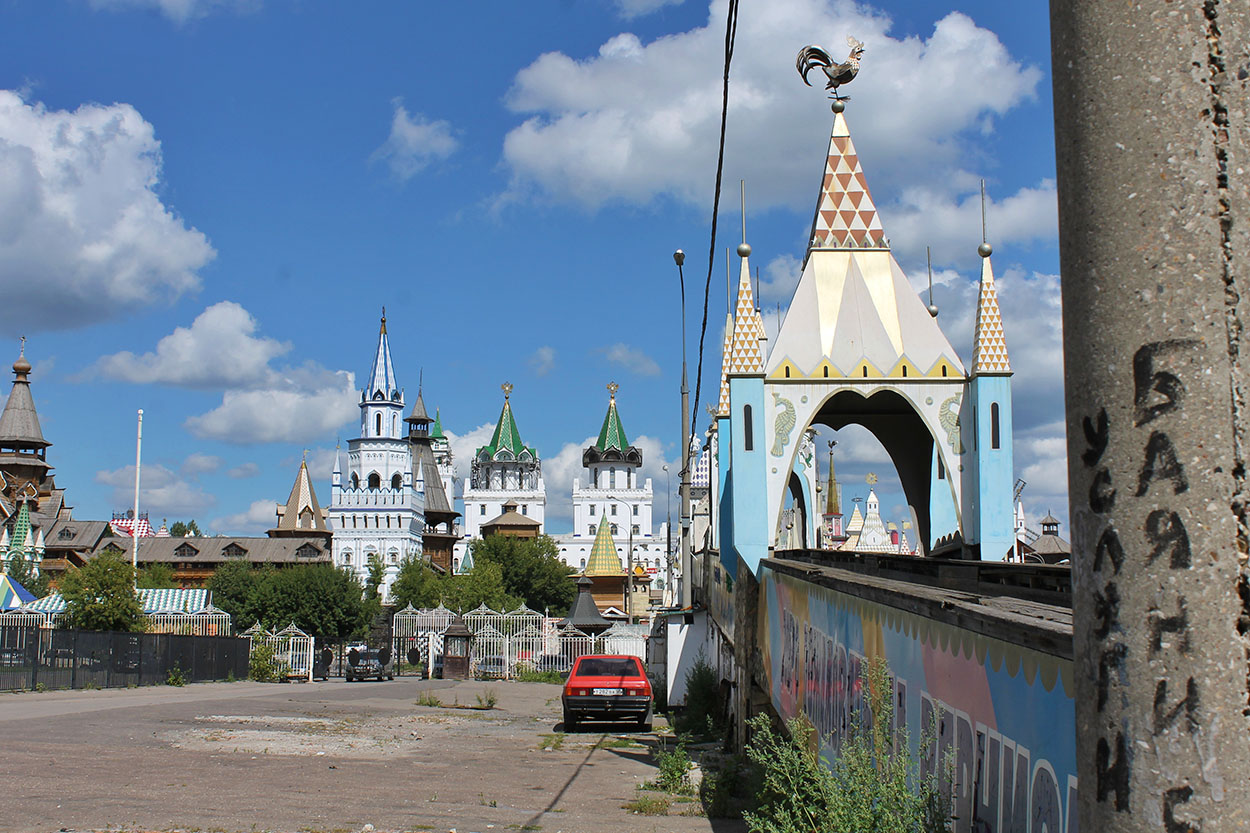 Enormous Moscow: A City of Contrasts

Moscow is enormous: it’s a city of 2,5 thousand square kilometers and eleven million inhabitants. It’s truly immeasurable. The city contains of several smaller cities with their own city centers that are build up around the famous old city center with all the highlights. I was amazed by everything I saw. My Russian sister in law showed us around. We saw the outskirts of Moscow where her parents live, the beautiful location outside the center where wedding took place, the most important highlights of the city center, and all the big differences and contrasts this city hides. 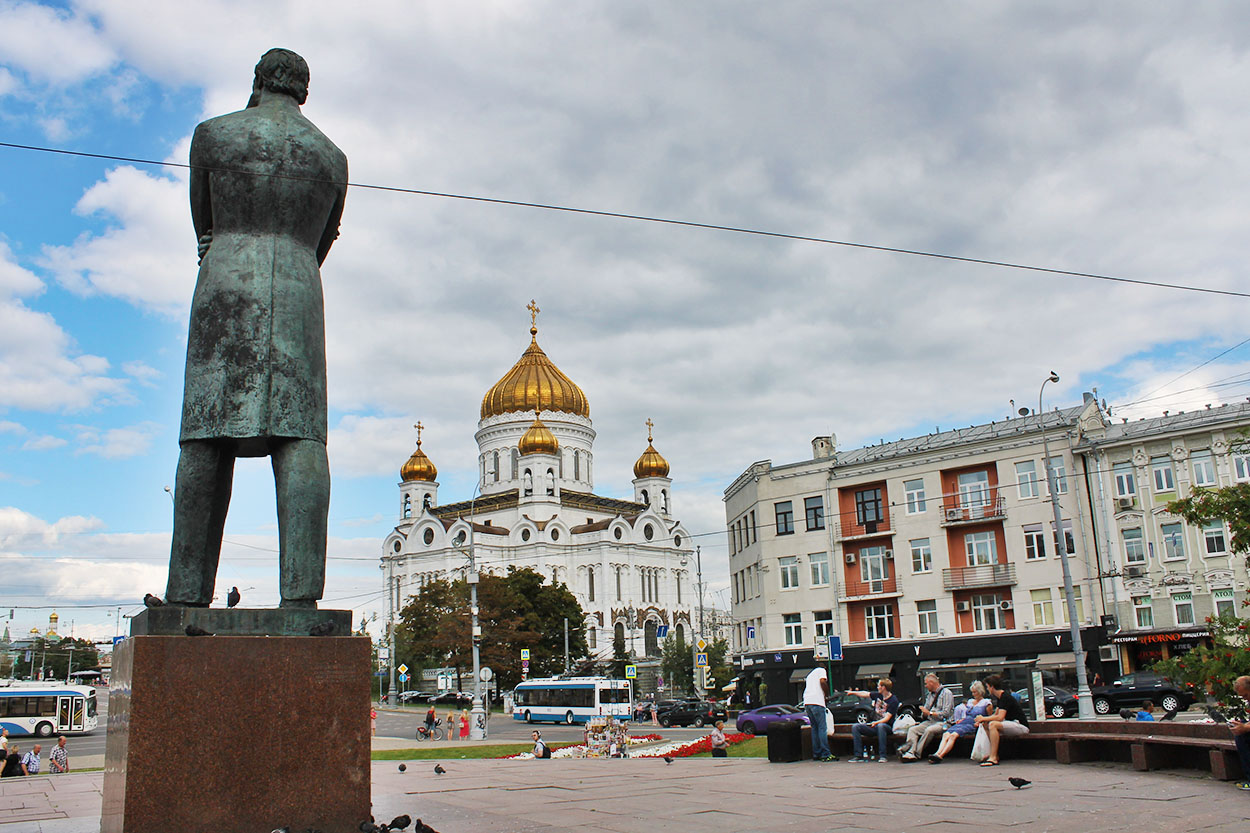 Straight out of a Romantic Movie

It was nice to finally see the beautiful and iconic church on the Red Square next to the Kremlin for myself. The vaults and glass roofs of the adjacent gigantic GUM shopping center were absolutely stunning. The metro stations could have come straight out of a romantic French movie. The churches in the Kremlin made me feel like I was in the Byzantine Empire and the rows and rows of gray and very high condominiums in the outskirts made me feel like I was playing a role in a soviet movie. 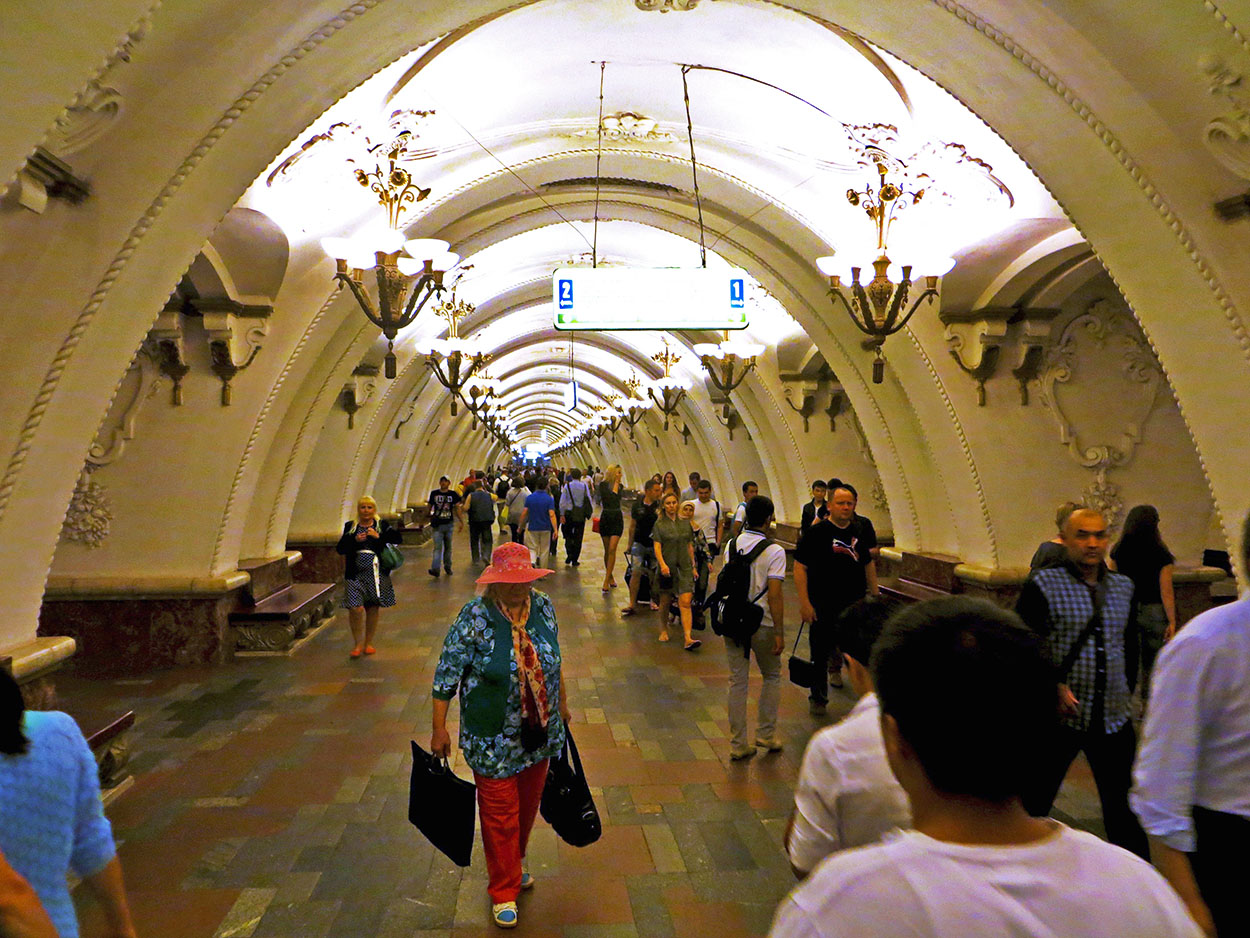 City of Class and Concrete

Moscow is a city with bravura, with class and style. Big, pompous buildings. Beautiful architecture. A wonderful spacious park right next to the Kremlin with fountains, statues and benches to sit on. Moscow is a lot of things and it’s a totally different city than those in Western Europe. Exceedingly ugly concrete condominiums are built next to kitschy churches with golden Byzantine domes. 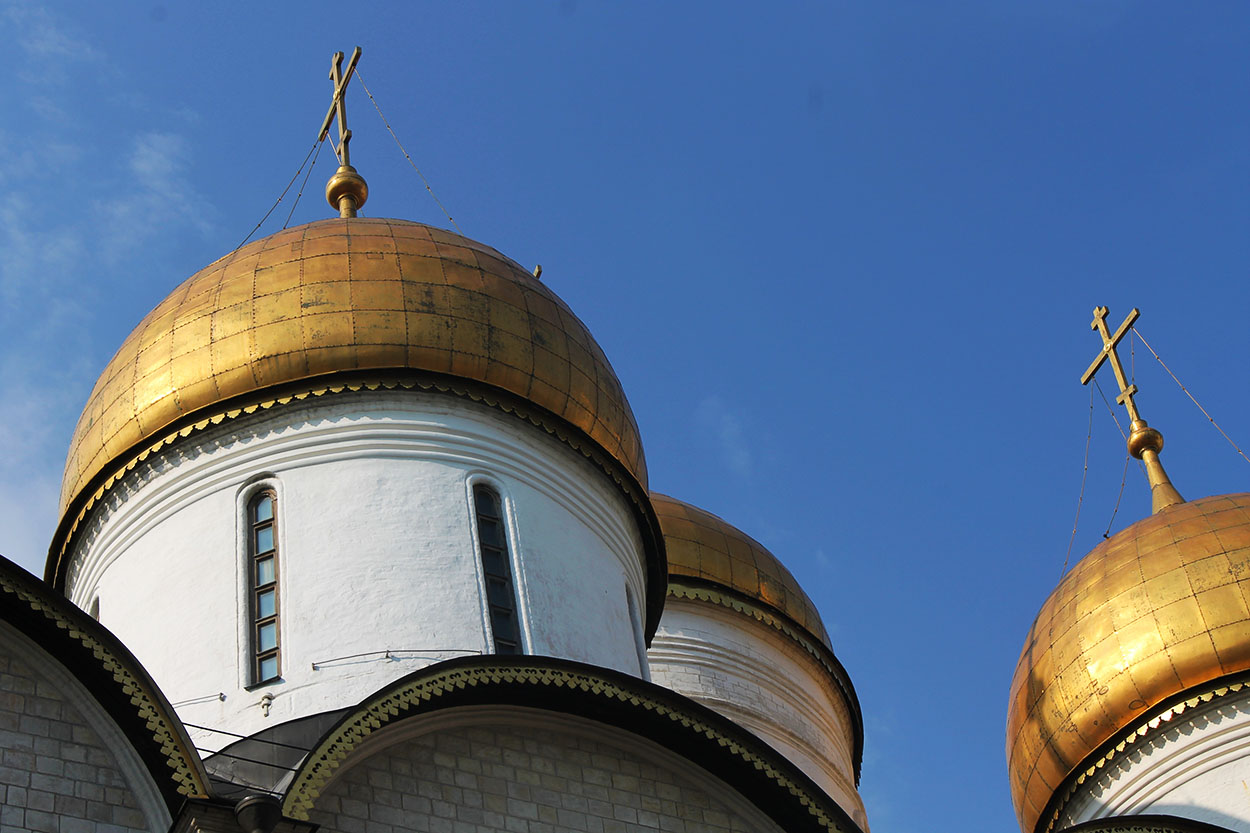 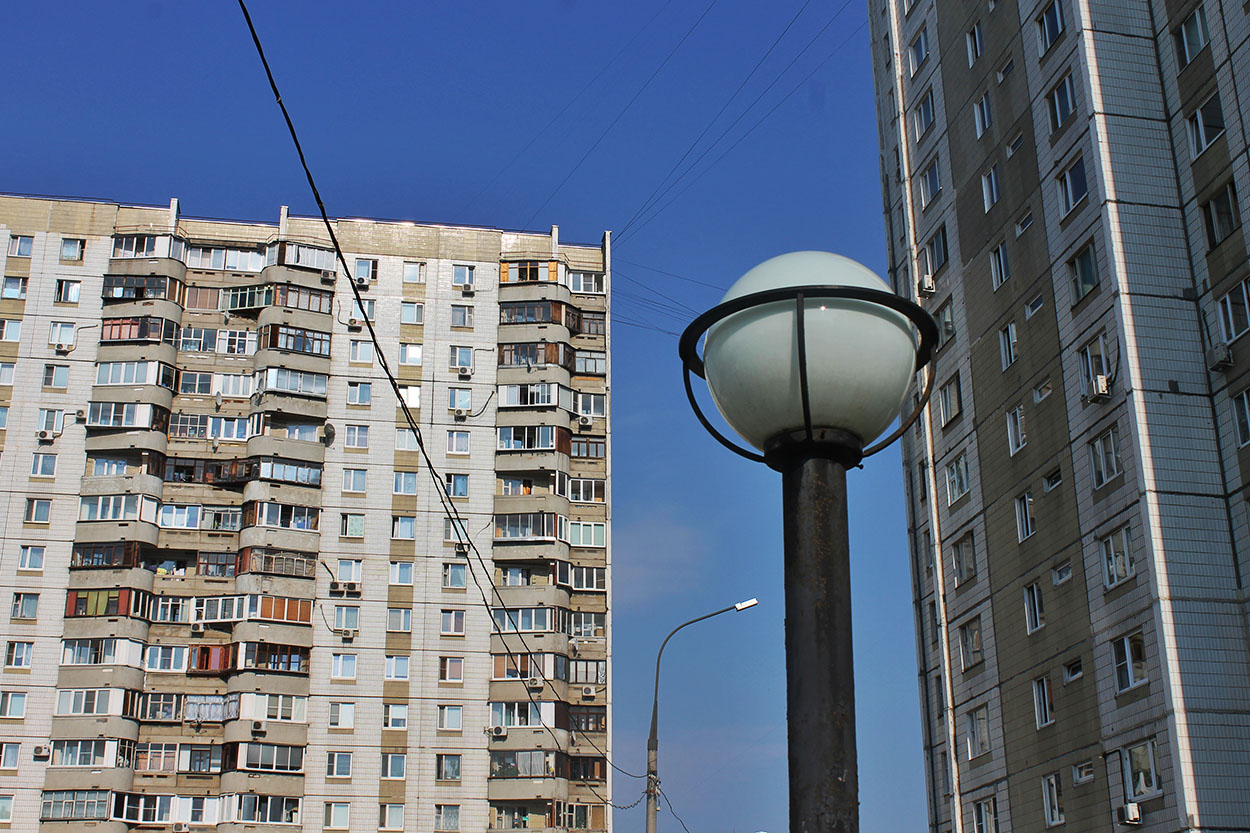 The traffic is racing on ten-lane roads through the midst of the city center. Drivers apply totally different traffic rules in which you can overtake other cars on both the right and left side. You will only succeed if you push in, cut off, brake and give full throttle convincingly enough. The money truly gives you the feeling that you’re playing Monopoly. You can even buy an 80 eurocent ice cream with paper money. All of that is Moscow. 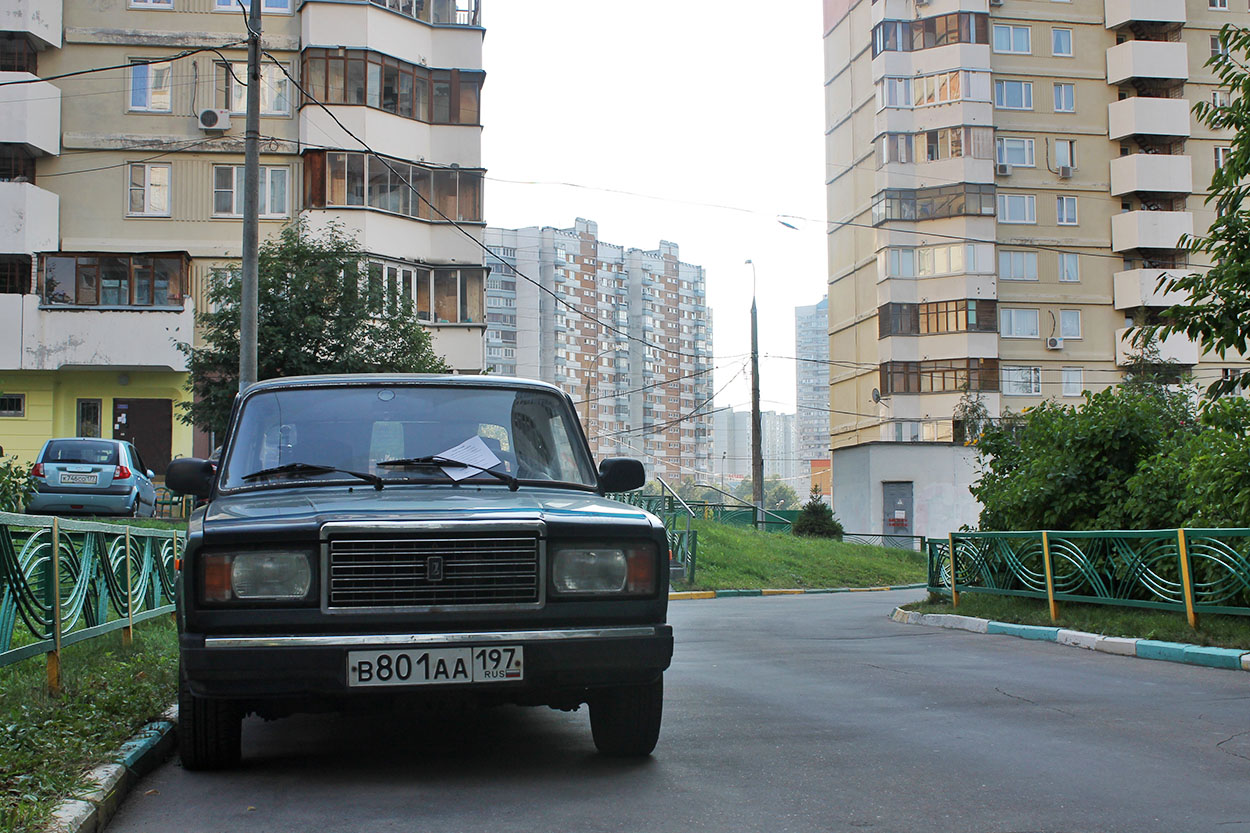 A Strangely Beautiful Trip to Moscow: What a city!

Moscow, where people on the streets never smile. It’s a place where young women always dress themselves like they’re attending a graduation. Where the food in restaurants is served in stages so that you can start eating when the rest has already finished their dish (a big lesson to just share all the food). A place where big trucks with sprayers water the asphalt instead of the plants (a lot of dust everywhere), and where special carts clean the guardrails. Where wedding couples are standing in line to sign the official papers and say their vows. And where street photographers take and print bride portraits without permission to sell to you (we have our own photographer, stupid!).

This is a city where even international brands like McDonalds and Subway have Cyrillic logos. A place where every bottle of alcohol in the supermarket has an alarm tag. Moscow: What a city!

Where a man sweeps the rose petals every ten minutes, rice grains, and sweets (and secretly collects the sweeties) to make room for the next couple. A city where even international brands like McDonalds and Subway put their name on the facade in Cyrillic. And where every bottle of alcohol in the supermarket has an alarm tag. Moscow: What a city! 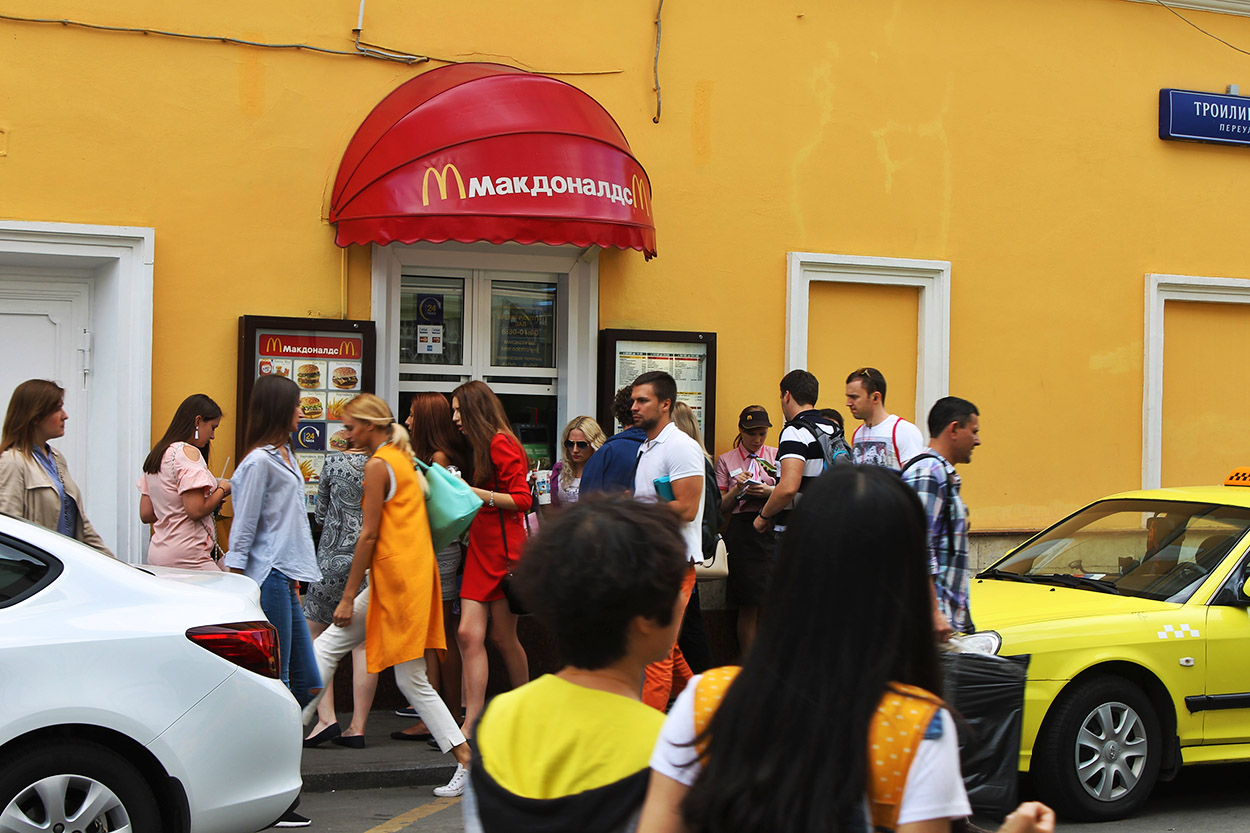 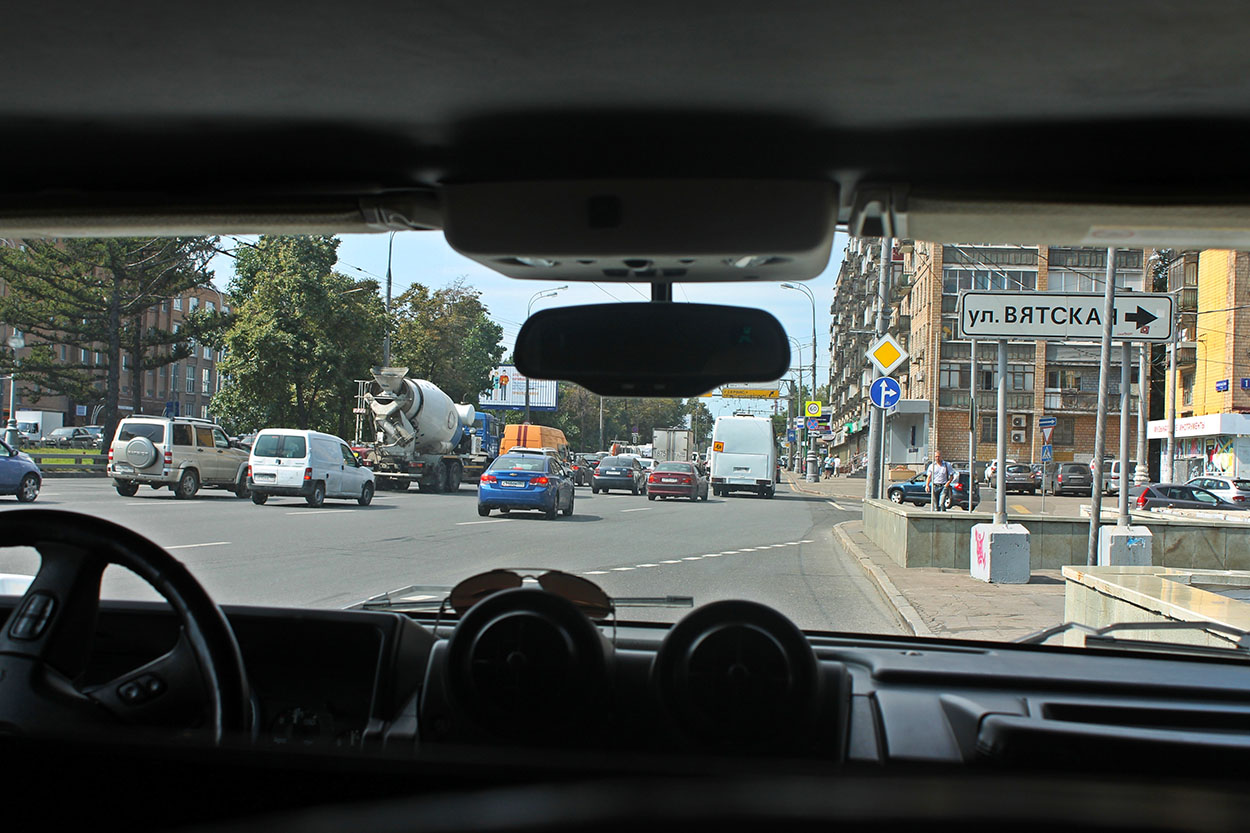 +  Rotterdam will be the first city with a Floating Farm