As a teenager, we had a subscription to the Frankfurter Allgemeine Zeitung, which we received for three consecutive years. The best part of it was the Sunday edition: with more color photos and an expanded culture and entertainment section, it encouraged a lot more engaged reading. Also, it gave my teenage self opportunities to cut out photos, poems and illustrations to hang on her bedroom wall. One of them was part of a series called “Puchners Farbenlehre”. This was a series of illustrations by Austrian Willy Puchner, in which he created color schemata of his travels. 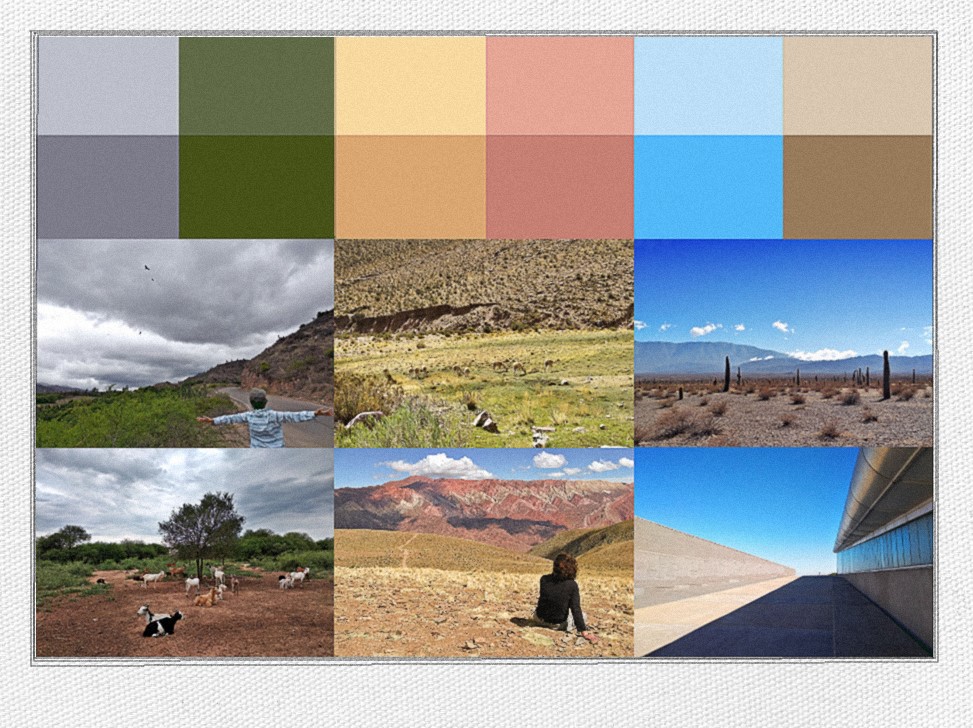 The Colors of Argentina on My Bedroom Wall

One of them, “Puchners Farben von Argentina” (Puchner’s colors of Argentina), I hung on my bedroom wall. Eight years later, I finally made it to the country whose colorized map I would wake up to. While I don’t have the illustrative talent to create one of my own, the photos I took during my month-long travel in the northern provinces of Salta and Jujuy, as well as in the capital Buenos Aires, show the multitude of colors present in this beautiful and varied environments. Inspired by Puchner, here are my own “Colors of Argentina” finally come to life, combining my favorite photos of the trip with some anecdotes. 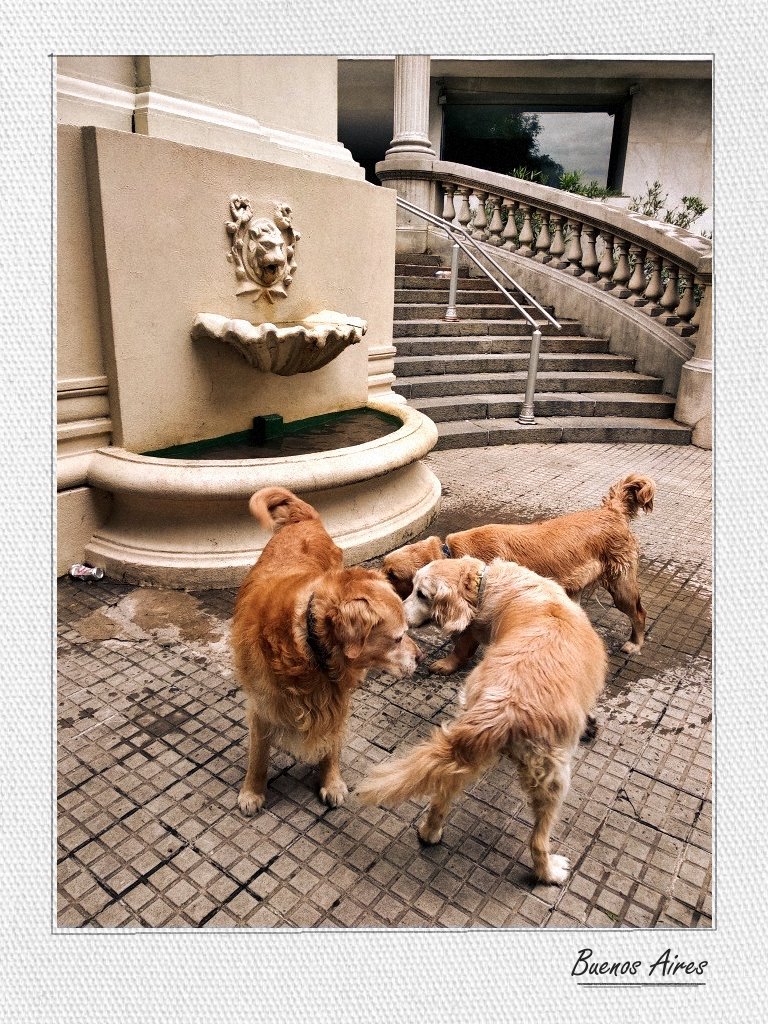 The ‘Amsterdam’ of Buenos Aires

Ah, Buenos Aires with your rich, fit, tanned porteños and porteñas (the name for the residents of Bs As). In this cosmopolitan space, trying its best to mimic European urbanity, the dog of choice seemed to be too large for the city’s apartments. Sometimes, in many of the city’s beautiful parks, one can witness chance encounters. 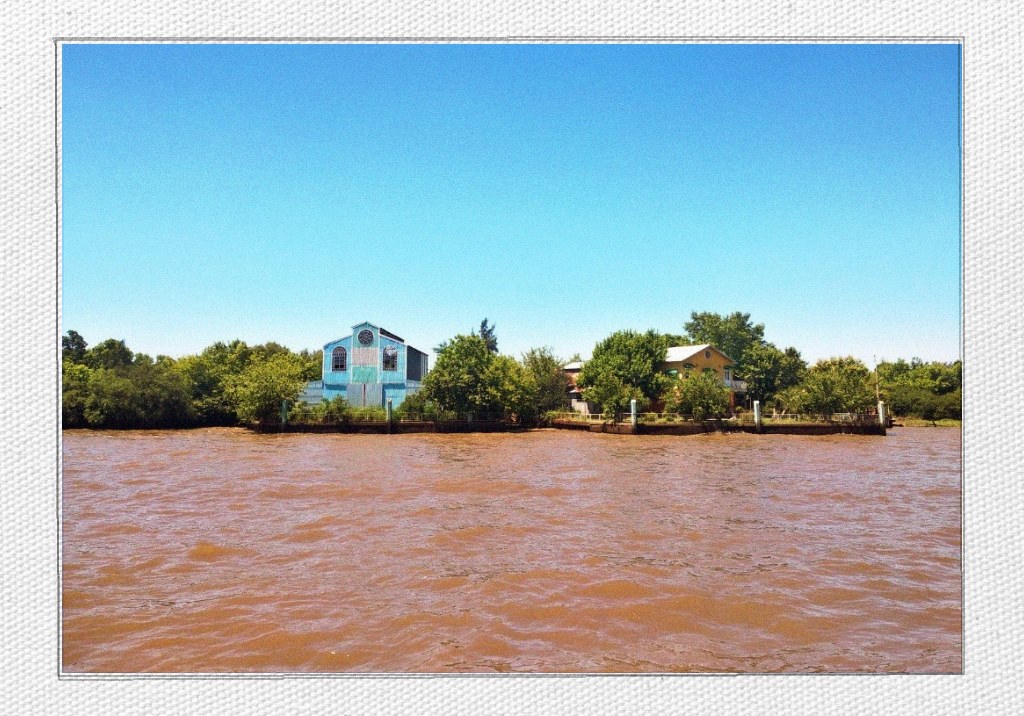 Take the train for an hour out of the capital to get to the suburb of Tigre (which is actually the local word for jaguar). It will cost you the equivalent of 25 cents, and will drop you in a part of town that was described to me as “the Amsterdam of Buenos Aires.” Initially, I was skeptical. But 20 minutes later, lazing next to the canalized waters of the Paraná delta, watching the boats speed by… I felt it. The only thing missing are the bicycles.

+  How wheelchair-friendly is Amsterdam? An Interview with Josephine from Able Amsterdam 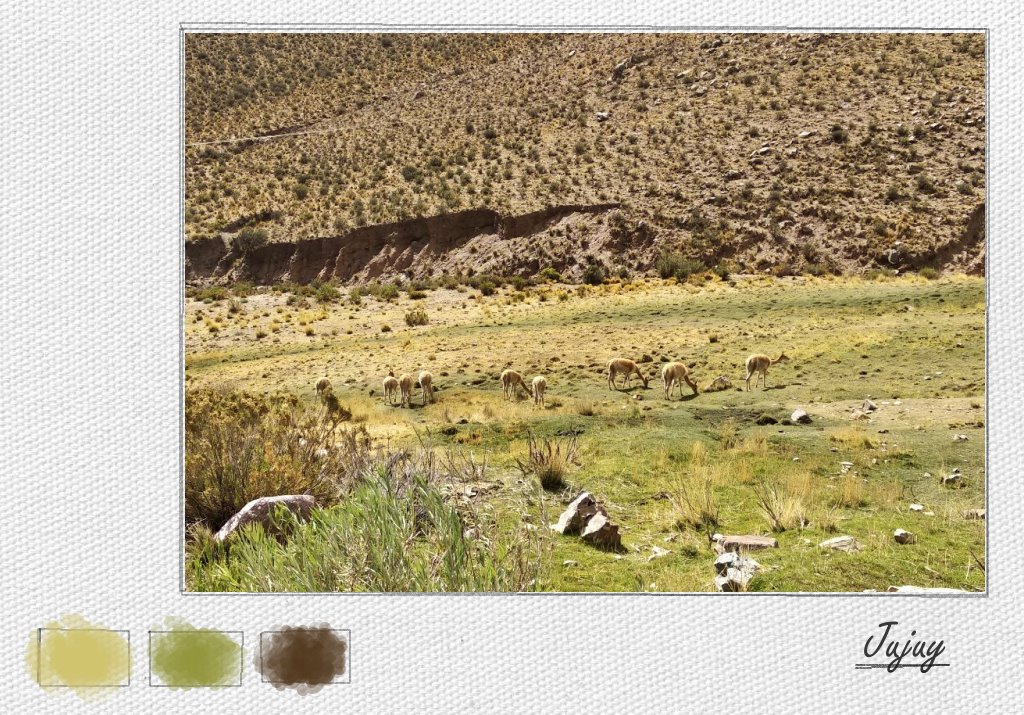 This is what happens when urban Europeans are stunned by the encounters with wildlife. We witnessed a heard of wild vicuñas blending in to the mountainside on our return to the town of Humahuaca, in the northern province of Jujuy. While these animals are one wild relative of the domesticated llama, further south we saw guanacos, larger, fluffier, and more solitary animals. 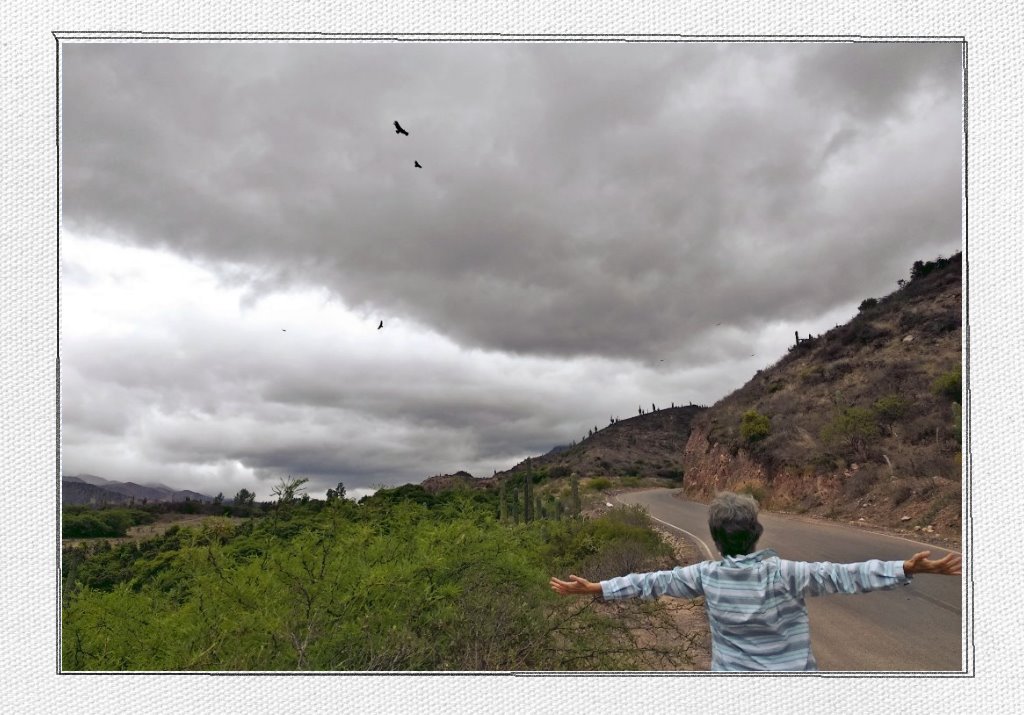 Condors! My biologist aunt and I spent two weeks trying to spot these birds, whose wingspan can measure up to three meters. On the drive south from the town of Cachi, we found them. 36 of them flying over us, to be exact. Next time you meet a flock of condors, try her soon-to-be-patented method of attracting their attention (see above photo). 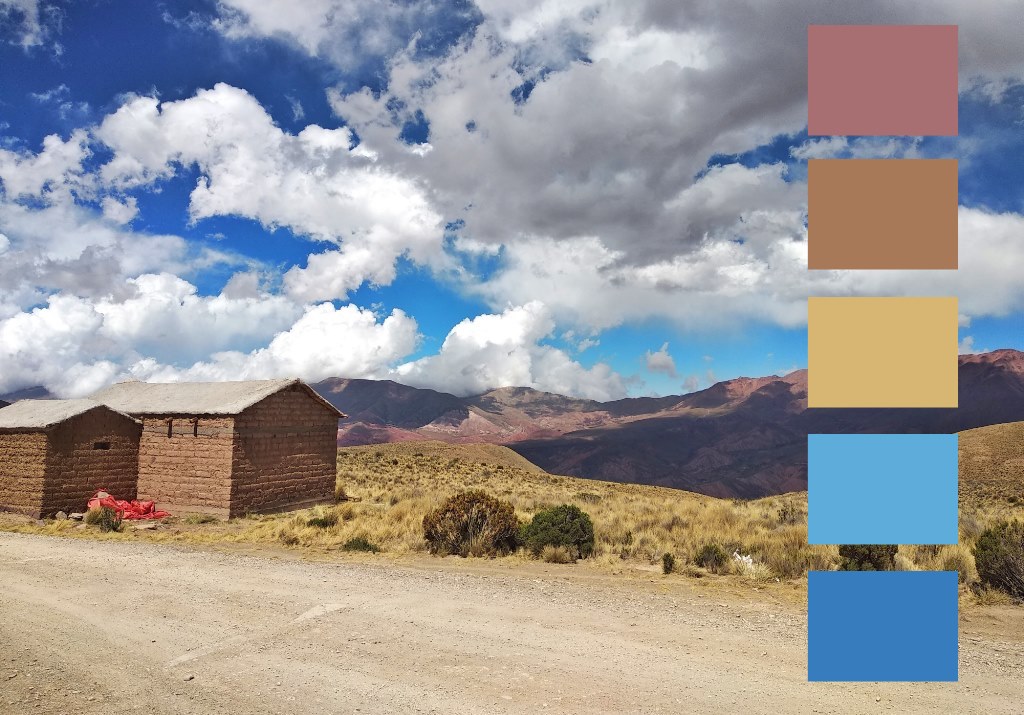 The spectacular skies at the entrance to Hornocal, 4.700 meters above sea level. Pick up some coca leaves at the side of the road when the altitude makes you start to feel queasy. Across from this little entrance kiosk are the toilets: certainly one of the most scenic locations possible. 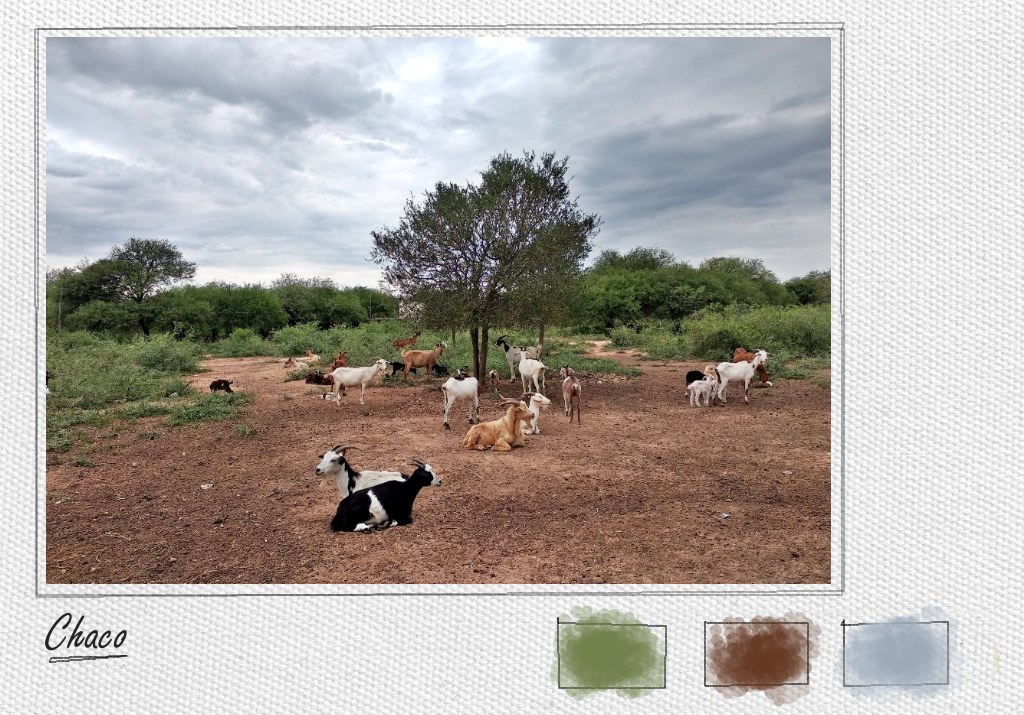 Goats in a small village in the northern Chaco, close to the Bolivian border. Don’t be fooled by the lighting, it was over 30 degrees Celsius here. This region, whose name describes both an ecological zone and a province of Argentina is one of the regions in which the indigenous culture of the Wichi tribe is still present. Argentina, in which only ca. 2% of the population self-declares as “fully indigenous” is problematically handling indigenous (land) rights. 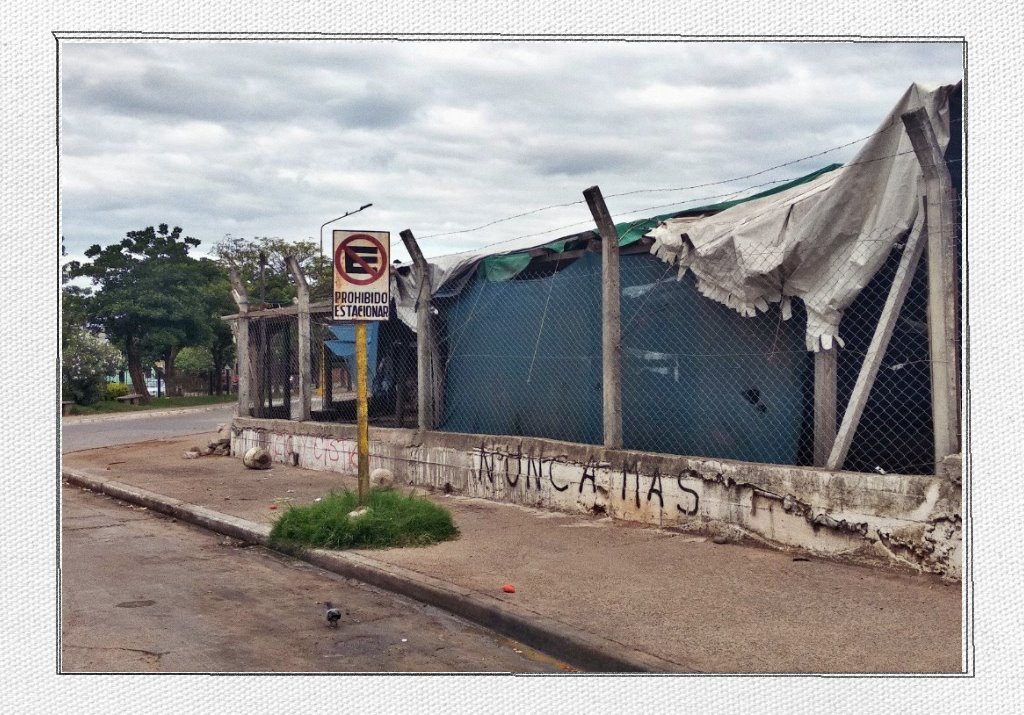 Nunca mas – never again. The traces of remembering the Argentinian military junta’s policy of persecution during the dictatorship from 1976 to 1983 are still visible all over the country. Here, graffiti across the square of the town Libertador General San Martín, just south of the national park of Calilegua, reminds of the desaparecidos. These are the “disappeared”, who were tortured and killed for their anti-government actions. 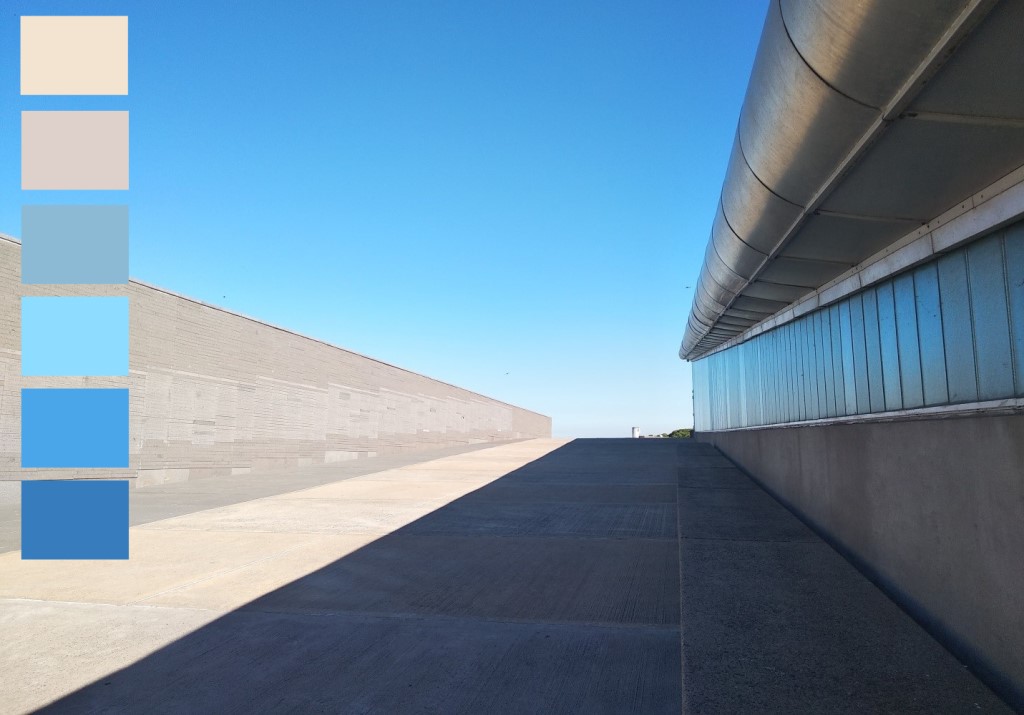 Traces of remembrance can also be found in Buenos Aires. This is one view of the Parque de la Memoria, the “Park of Memory”. Located on the banks of the Río de la Plata, in which some desaparecidos “disappeared” (read: were their bodies were disposed of), it includes memorial plaques with the names of the dictatorship’s victims. 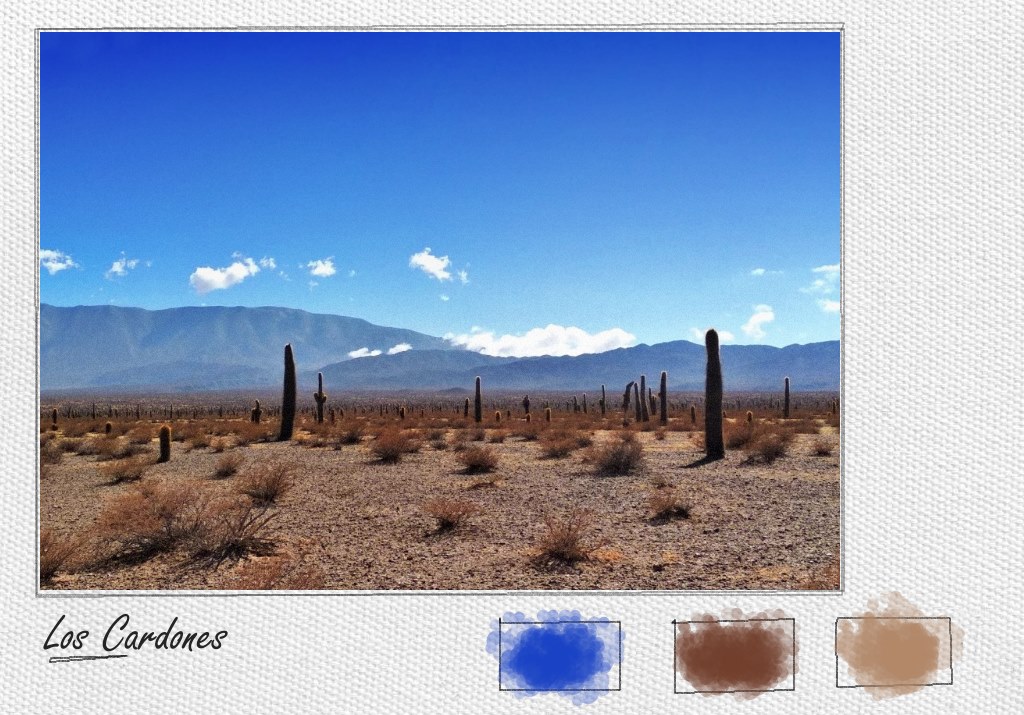 Cacti, Petroglyphs and the 14 Color Mountain

The cacti in Los Cardones national park in Northern Argentina. The park is named after the cacti, and, if you’re lucky, this is the place to spot wild guanacos. Driving back a week later through a descended cloud, our road visibility was less than 10 meters. 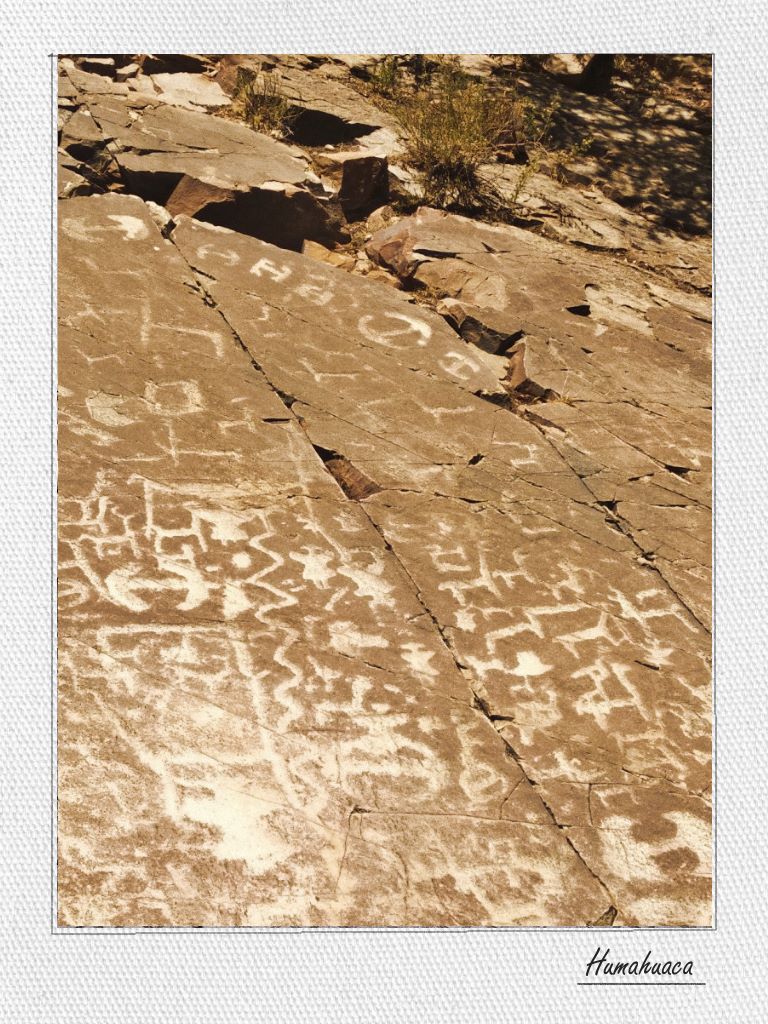 Some kilometers from the town of Humahuaca, pre-Hispanic petroglyphs can be found next to an empty river bed. They are locatedd just south of what used to be the Inca trail connecting various parts of their empire. The petroglyphs depict llamas, agricultural tools, and lunar cycles. But you have been warned: you’ll need a four-wheel drive and a local guide to reach them. 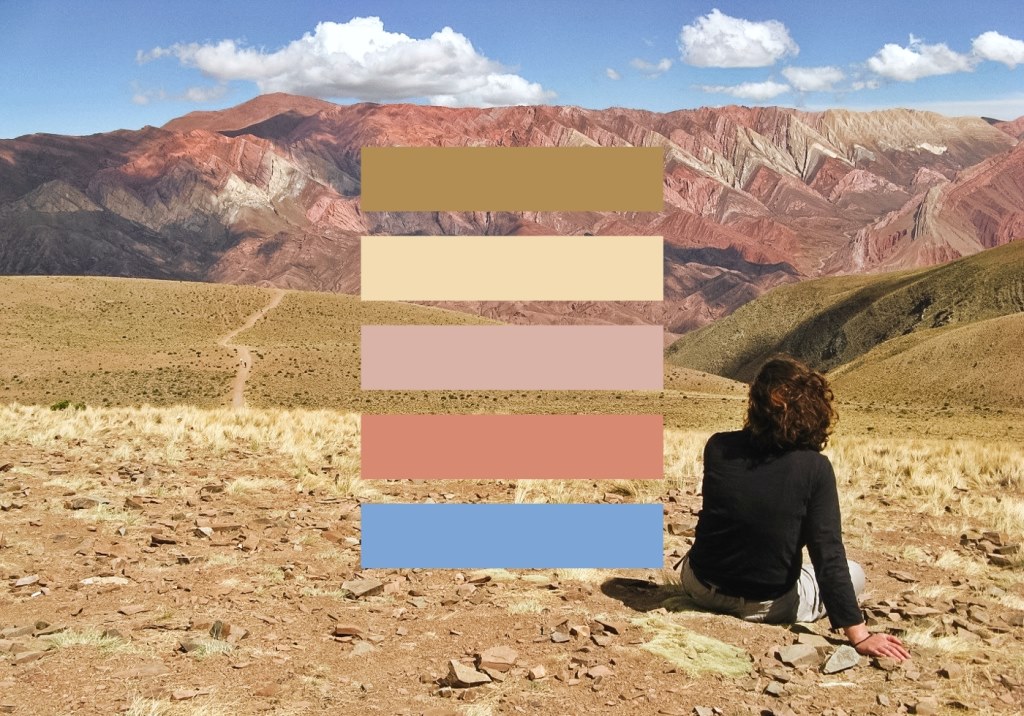 Hornocal, also called the 14 color mountain, an absolutely spectacular sight. An adventure was the one-hour drive up the mountain’s gravel road (elevation: 4.700 meters). The 25-km long road was lined with tourists driving identical white rental cars. The steep curves caused possible trouble: should the car in front of you brake, you stall on a steep, slippery road.

Argentina’s colors are like nothing I’d ever seen before. The blue expanse of the sky, whether in the north or in the capital, and the intensity of the light is hard to describe with words. Maybe pictures, after all, can come closer.