Last summer, I fulfilled a long-standing dream of mine: solo travel in Central America! After finishing my bachelor’s degree, I decided it was time to reward myself. I had worked so hard the last three years. I knew I wanted to travel, since I had heard such great things from friends that had previously explored the world. At first, I had planned to travel with my best friend. But when he decided to jump off, I had gotten the idea in my head. So, I wasn’t ready to give it up: I was going on to go on an adventure alone. When I knew I was going by myself, I realized I wanted to start out my adventure in an English-speaking country. That way, I could slowly get acclimatized. So, I decided to start off in the Central American country of Belize and keep going through neighboring Guatemala.

After a layover in Houston, I arrived in the capital, Belize City. From the airport, I took a taxi into the city, and from there a water taxi to Caye Caulker (pronounced “key”). Caulker is a Caribbean island off the Belizean coast that isn’t off the beaten track, andfor a reason. It is absolutely gorgeous and very much a cliché. You’ve got those white beaches and turquoise water, along with brightly colored houses and hammocks everywhere. I spent great days snorkeling, and we even saw two manatees and a sea turtle. The rest of the time, I went canoeing, drank rum, and got the most massive sunburn of my life.

Mayan Ruins in the Jungle and Stargazing at the Beach

Next, I headed to a town called Orange Walk, closer to the Mexican border. From there, I took an hour long boat ride through the jungle to the Mayan ruins of Lamanai. Then, I headed south to Dangriga, where I spent the day lazing on the beach, and to a small village called Hopkins. I stayed here a few days, taking it slow for the most part.

We just stayed out on the beach listening to music and drinking rum. The sky was clear and the canopy of stars was absolutely fabulous, it was amazing.

Still, I didn’t rest for long and went on a hike through the Cockscomb Basin, a wildlife reserve with one or two jaguars prowling around. My nicest memory of Hopkins was my last night. We had watched the local basketball team with a group of people and had a great dinner. We then just stayed out on the beach listening to music and drinking rum. The sky was clear and the canopy of stars was absolutely fabulous, it was amazing. 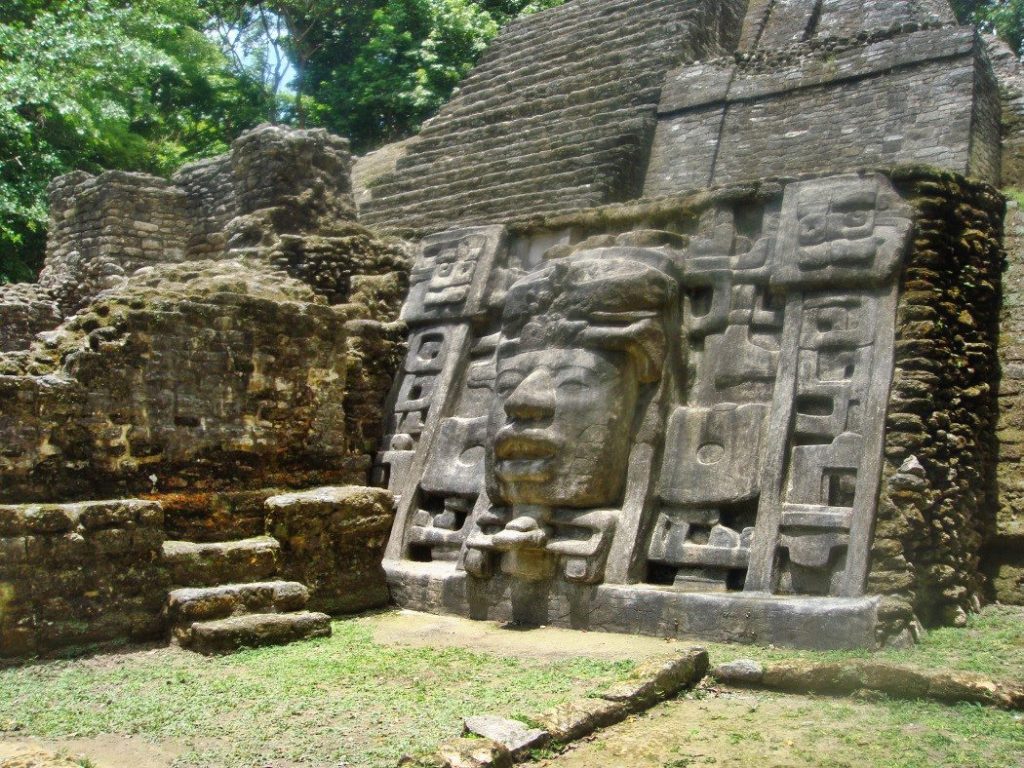 I travelled on to the West, to the town of San Ignacio, beautifully set in the hills. Whilst I was there, I visited some smaller Mayan ruins and Iguana Farm which was fantastic and certainly a unique experience, with all the iguanas crawling all over you. I also went to visit Actun Tunichil Muknal, a complete tourist experience that was worth the 90 dollars. After walking through the jungle, one swims through a cave that the Mayans used as a sacrificial place. One can still see the calcified pottery artefacts as well as the remains of human sacrifices. This included a skeleton that they call the “Crystal Maiden”, as well as the remains of babies that were sacrificed to appease the rain god.

+  3 Inspiring Cultural Celebrations Around the World 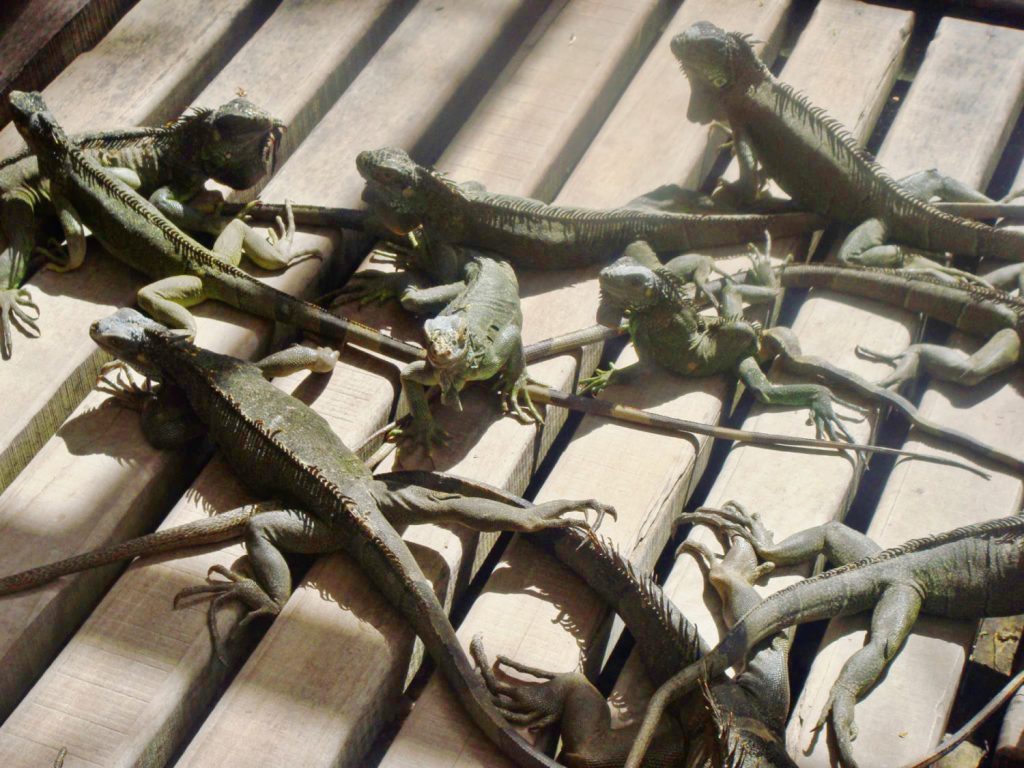 The next day, I left to Guatemala. This made me a little nervous. I don’t speak Spanish and was going to do the border crossing on my own. However, it turned out to be a great experience, I took a colectivo taxi with about eight people squished in including a boy next to me with a pigeon in a cardboard box. I made it to the city of Flores, where I spent a nice few days enjoying the food and the views of the lake before heading to Tikal. 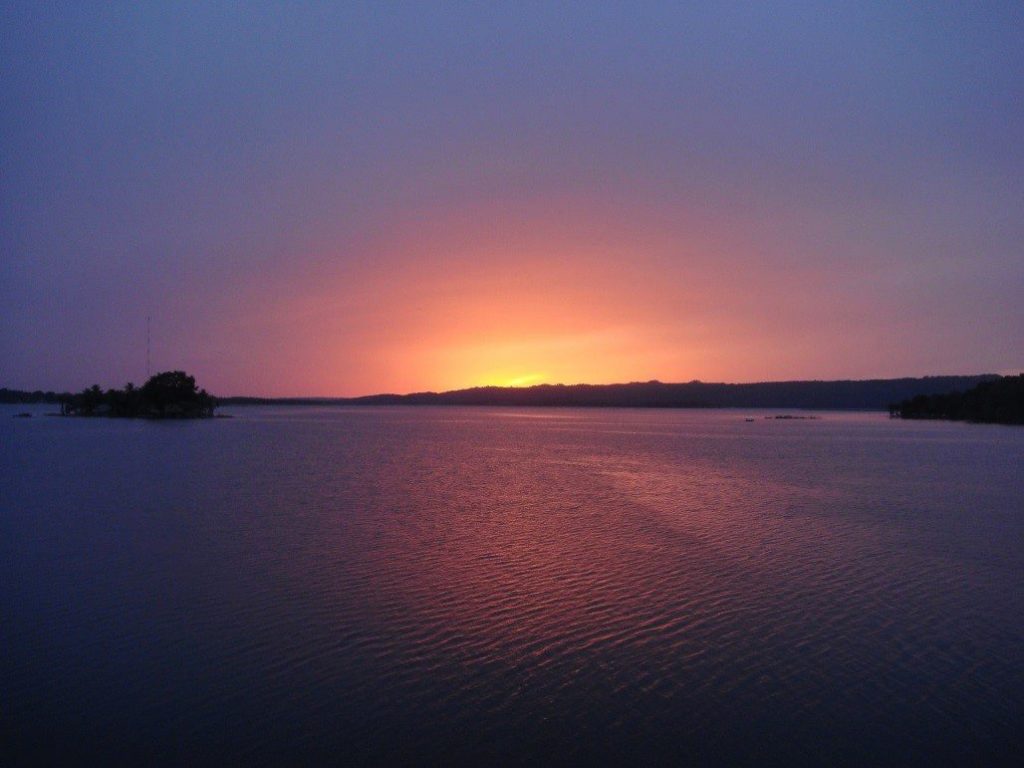 I had teamed up with a guy who just like me, didn’t want to take the guided tour, and it turned out to be a great decision. We arrived at the site early in the morning, before the tourists streamed in and it got too hot. Above all, what I remember is a particular smell of jungle: one can’t really describe what Tikal was like, but the serenity and the absolute majesty of it was extraordinary. It ended up being a great decision to go with the two of us. We saw both howler and spider monkeys (including a baby!), as well as birds and other small mammals. Tikal is an impressive site, made more impressive when one realizes that what is now jungle used to be completely cleared and settled by the Maya.

Above all, what I remember is a particular smell of jungle. One can’t really describe what Tikal was like, but the serenity and the absolute majesty of it was extraordinary. 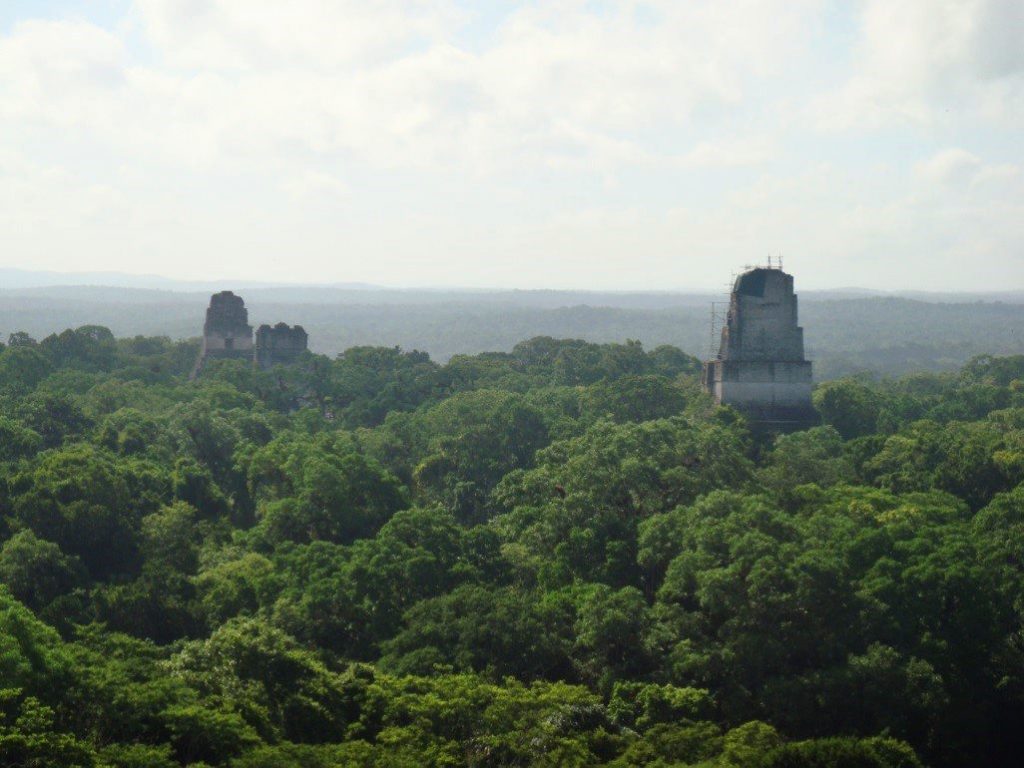 Although I generally like to stick with my plans, I let myself be convinced to take a detour to Lanquin, which turned out to be beautiful. Semuc Champay has impressive waterfalls and pools to swim in, and my hostel in Lanquin was very special. It was situated right on the river and though this meant I may have found a cockroach or two in my backpack and also in my bed, it was one of my favorite places overall, with an incredible landscape and atmosphere.

+  Could You Spend a Month Without Plastic? 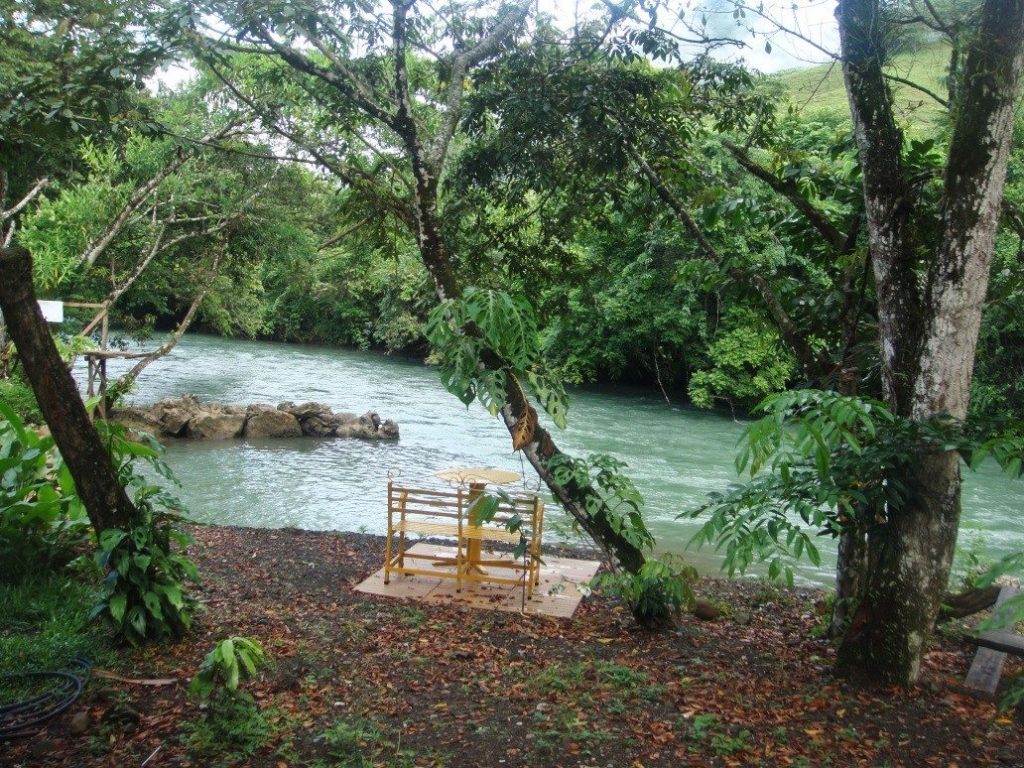 From there, I went to the city of Quetzaltenango, known as Xela. This is where I stayed to do a few days of a language course. It actually taught me a lot. It wasn’t just the language, but also how I shouldn’t get stressed when both the water and Internet went out for days at a time. I may have skipped a day of class to go on an early-morning hike on the Santa Maria volcano.

After moving from one place to the next, it was great to settle down a little in Xela, although I soon was happy to move on. With a great company called Quetzaltrekkers, I took a three day hike to Lago Atitlan, ending in a spectacular sunrise above the lake. The next few days I spent in the absolutely idyllic lakeside town of Santa Cruz, which was definitely the highlight of my trip. Though I wasn’t ready to leave, I moved on to the beautiful but touristy colonial city of Antigua for two days. Then, finally, it was time to leave! It was the definitive end of my solo travel adventure in Central America.

All in all, it was a fantastic trip. I won’t deny that I had bad days and sometimes missed having people I knew around me. However, the people I met there were amazingly interesting and diverse. The landscapes, the food, the bus rides along curvy roads. Those were all things that made me grateful to arrive in one piece. Those are certainly experiences I’ll never forget.

Here is a map and overview of all the destinations I visited on my travel route in Central America: