Have you ever wondered where they test space robots? Scientists have found a spot on Earth that is similar enough to Mars’ environmental conditions to test out actual space rovers. This includes the Raman instrument, which is going on the 2016-2018 ESA-NASA ExoMars expedition. This place on Earth is not located in a hard-to-reach desert, but somewhere on the bright and touristy Canary Islands. This spot is Teide National Park, the most popular national park in Spain and Europe. It is the 8th most visited national park in the world, with around 3 million yearly visitors. I visited the park in 2012 and the extraterrestial character of the fiery area simply blew me away. 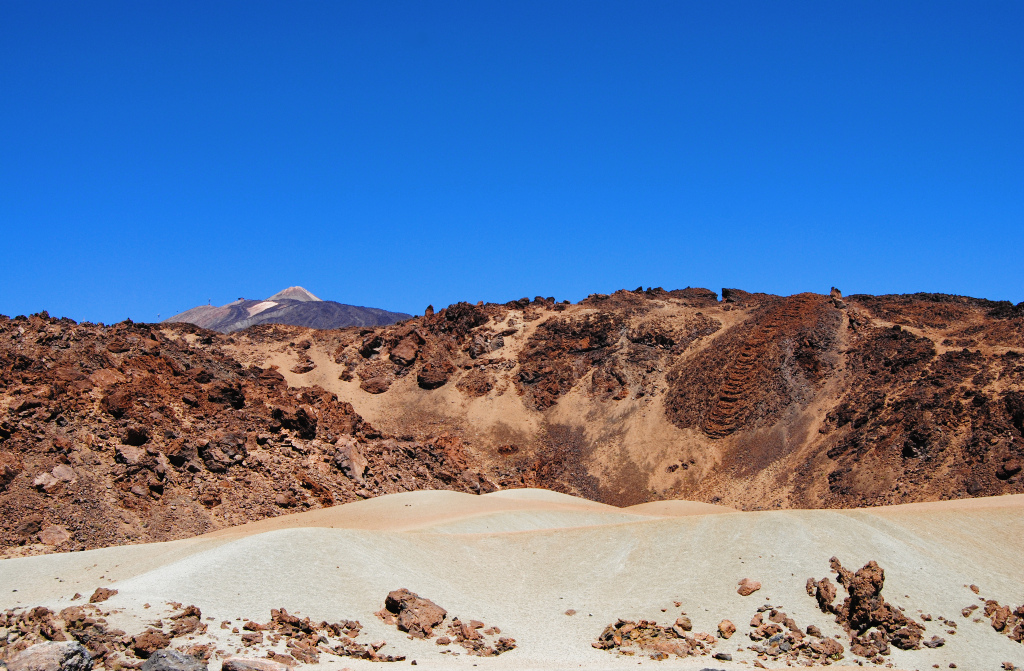 Landscape like Mars: This is Where They Test Space Robots

Teide National Park is home to the remarkable Mount Teide. Mount Teide is a relatively active caldera volcano. Its most recent eruption occurred in 1909. The volcano measures 7500 metres from its base on the ocean floor; only Mauna Kea and Mauna Loa on Hawaii exceed Teide in height. Teide National Park’s volcanic character causes dramatic geological formations in the entire area. This means the park is unearthly similar to the surface of Mars, the Red Planet. The terrain varies from spiky and rocky aa-lava fields to flowy and smooth pahoehoe plains. Throughout the park, you will come across petrified rivers of lava and layers of multicoloured sand. 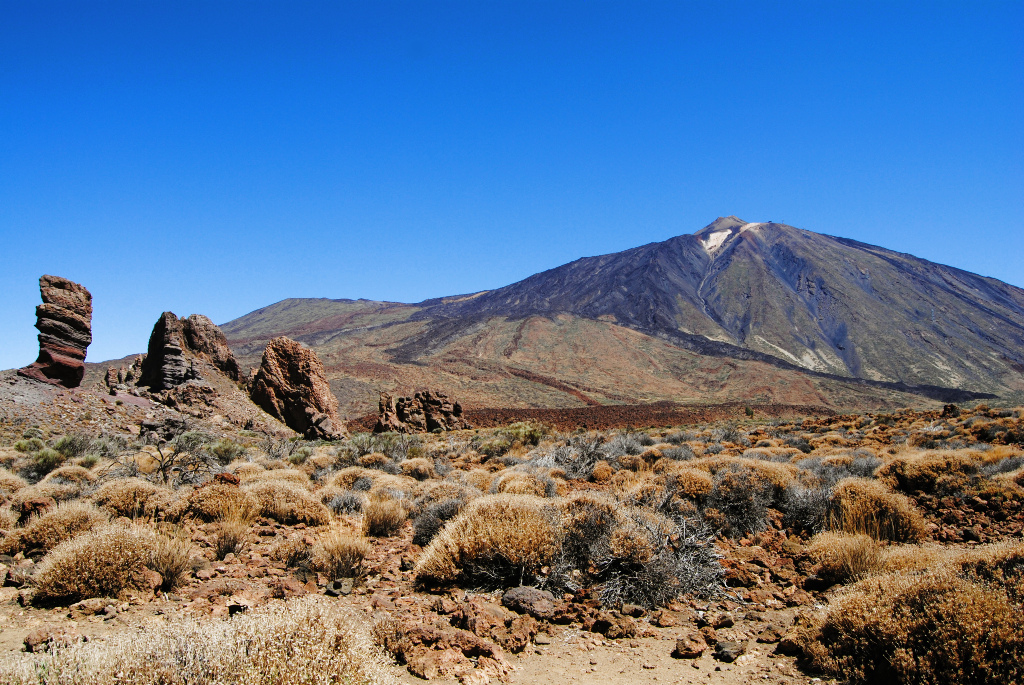 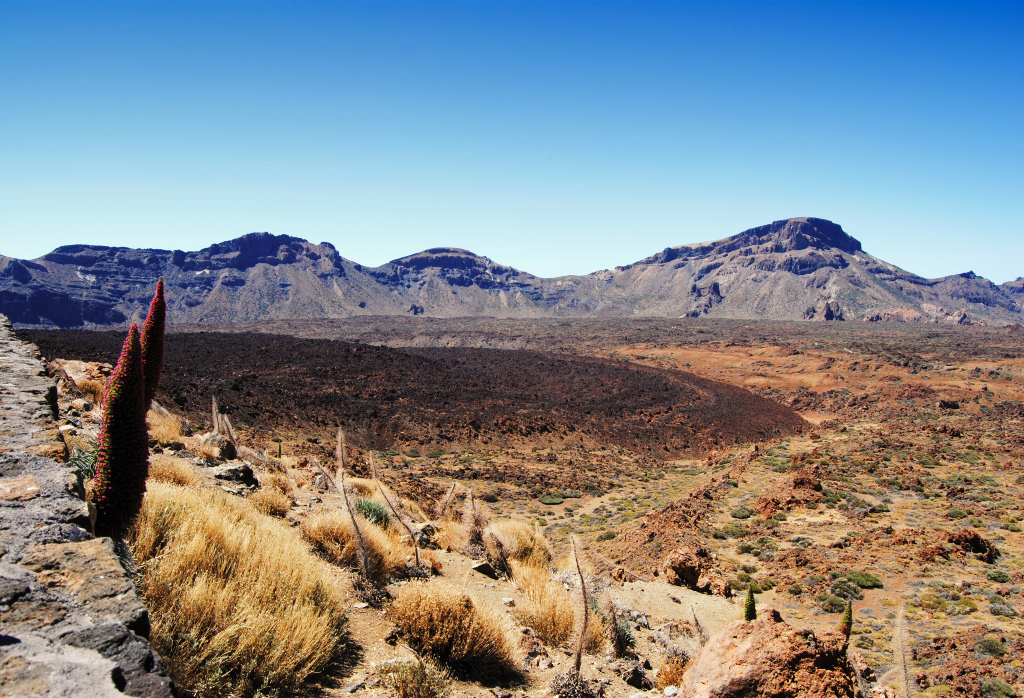 The Gate of Hell

The park is not only known for its natural beauty, but also for its historic cultural value. Many archaeological sites have also been discovered within the park borders. Teide National Park was a sacred site of worship to the aboriginal Gaunches, who considered the area the “Gate of Hell”. The Gaunches believed Guayota, the devil, was trapped inside the volcano. They believed eruptions were outbursts by the cornered devil inside the mountain, often represented as an angry black dog. I suppose I can somewhat understand where the Gaunches were coming from, with those deadly lava rivers and all (no biggie).

+  Leids Ontzet: Ever Heard of this Unique October Festival in Holland? 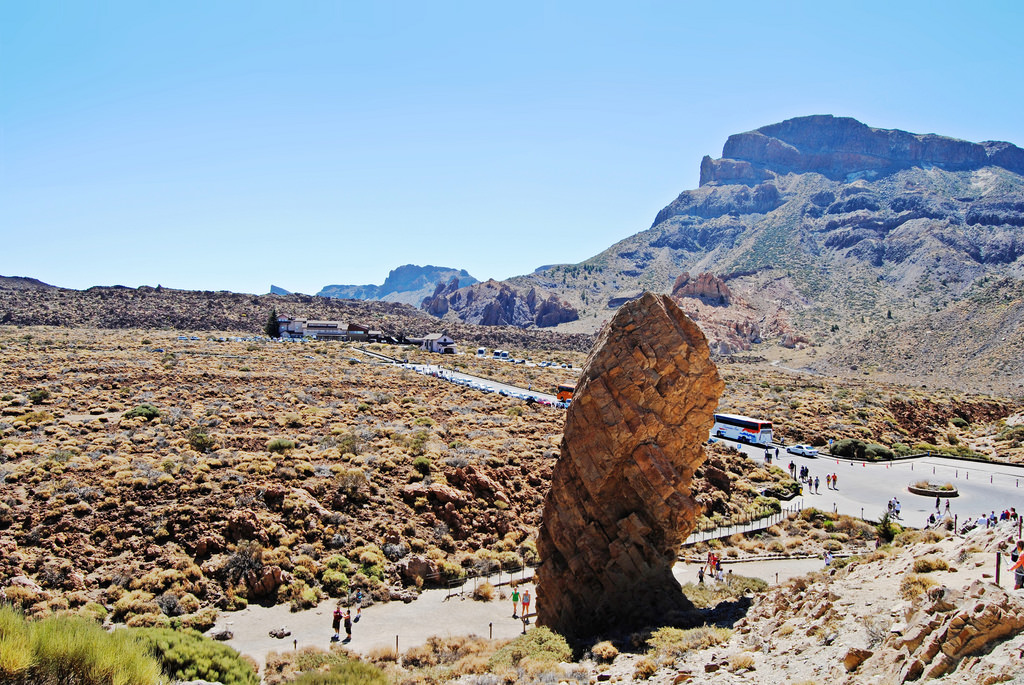 The Ucanca Plain is described as the “sea of lava”. An observatory is located right next to the Roques de García and offers an unbelievable vista of the vast and fiery plain. The red material on the right still looked like a flowing ocean of lava that suddenly stopped in its tracks. These carpets of fossilised lava give away the violent character of a long-past volcanic outburst, which makes you realise the brute force that slumbers inside Mount Teide. I took several photos to make this panorama. Still, the plain looked much larger in real life. 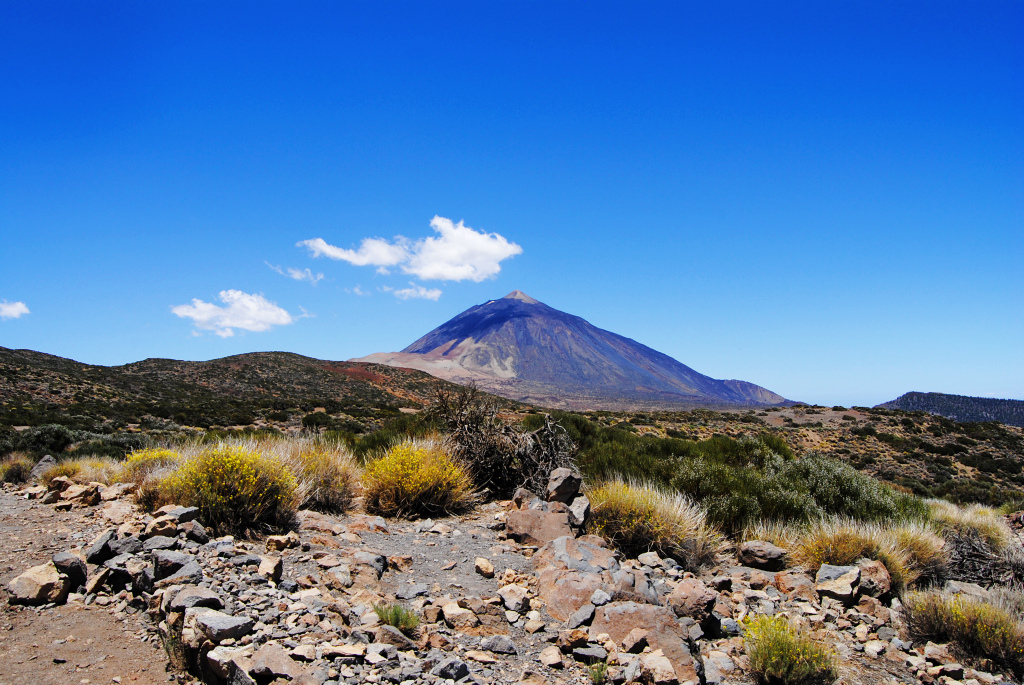 Getting to Teide National Park

Teide National Park is easily accessible by car. The roads are wide and well-kept to accommodate the millions of tourists. This point is about as far up high as you can get by car. I believe this was at about 2350 metres of altitude. If you looked out into the distance opposite of mount Teide, all we could see was a thick layer of fluffy clouds against a pure blue sky. It doesn’t get more idyllic than that.

At 2356 m, a cable car goes from the roadside up towards the summit, reaching 3555m at maximum height. Be warned: queuing can take over two hours during summer (peak season). Climbing the last 200 m and visiting the actual crater involves applying for a (free) permit. Numbers are normally restricted to 200 visitors a day. 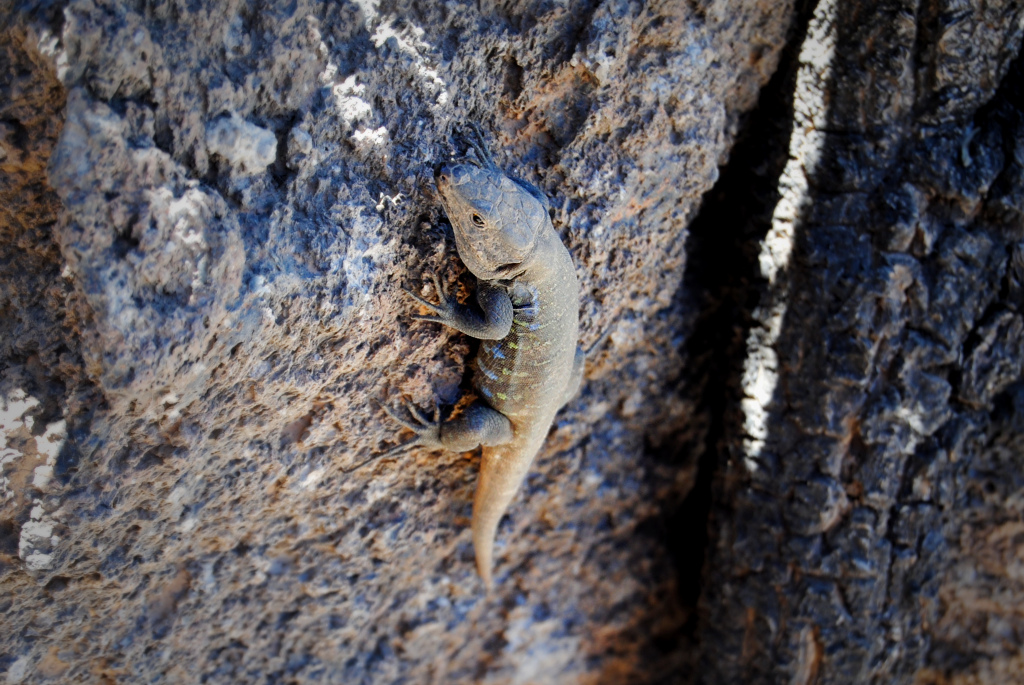 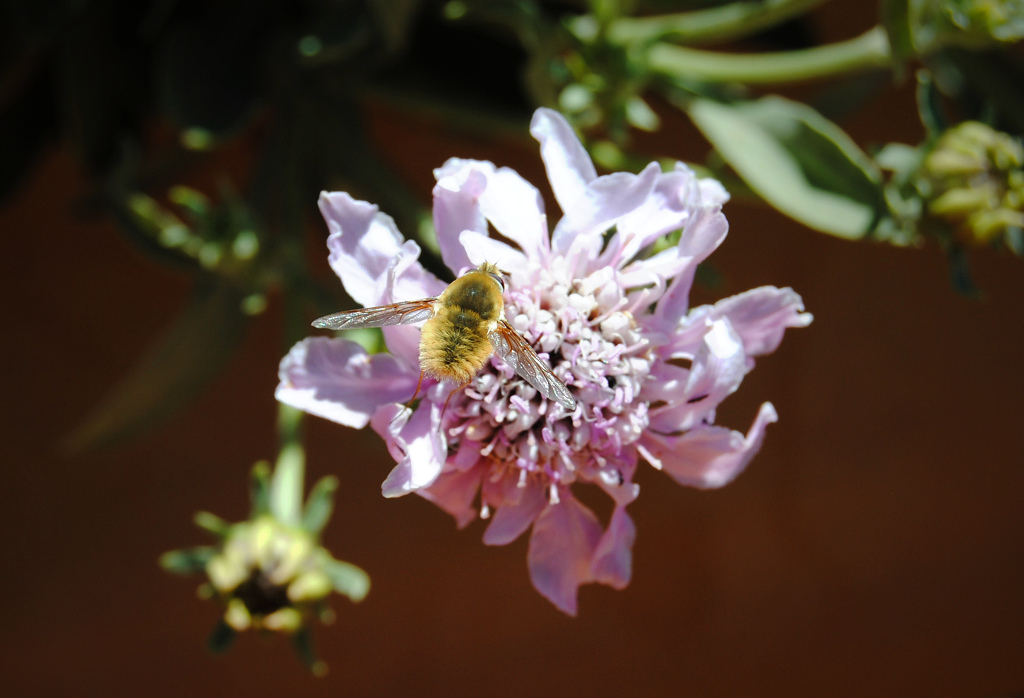 Unlike Mars: Treasure Trove of Flora and Fauna

One way in which Teide National Park is certainly different from Mars is its rich population of indigenous flora and fauna. When I saw so many pink and purple flowers, it was hard to believe that this is where they test space robots. The plants were absolutely full of life with various types of insects, busying themselves with what they do best: pollinating and occasionally bumping into each other. There were plenty of lizards in the park, most of them indigenous only to Tenerife. Some of the lizards had intensely blue and green spots all over their body. This species is known as the Southern Tenerife Lizard. Lots of them hung around the visitors centre, where tourists may drop a cookie crumble or two. However, be careful! Feeding the lizards is forbidden.

+  How Refugees Creatively Transformed a Prison in Amsterdam