Can you believe it? It’s almost 2019! We’re nearing the end of the 2010s and entering the final year of the current decade. We hope you’ve all enjoyed a wonderful festive season and are happy about starting a brand new year, full of interesting opportunities and unpredictable experiences.

Before we start sharing new exciting stories here at Globonaut, we thought it would be a great idea to look back on the past 12 months. Thanks to the effort of all the crew members, we managed to publish 79 new articles in both Dutch and English. So, on the last day of the year, let’s reveal which articles were your 10 favourite stories of 2018! 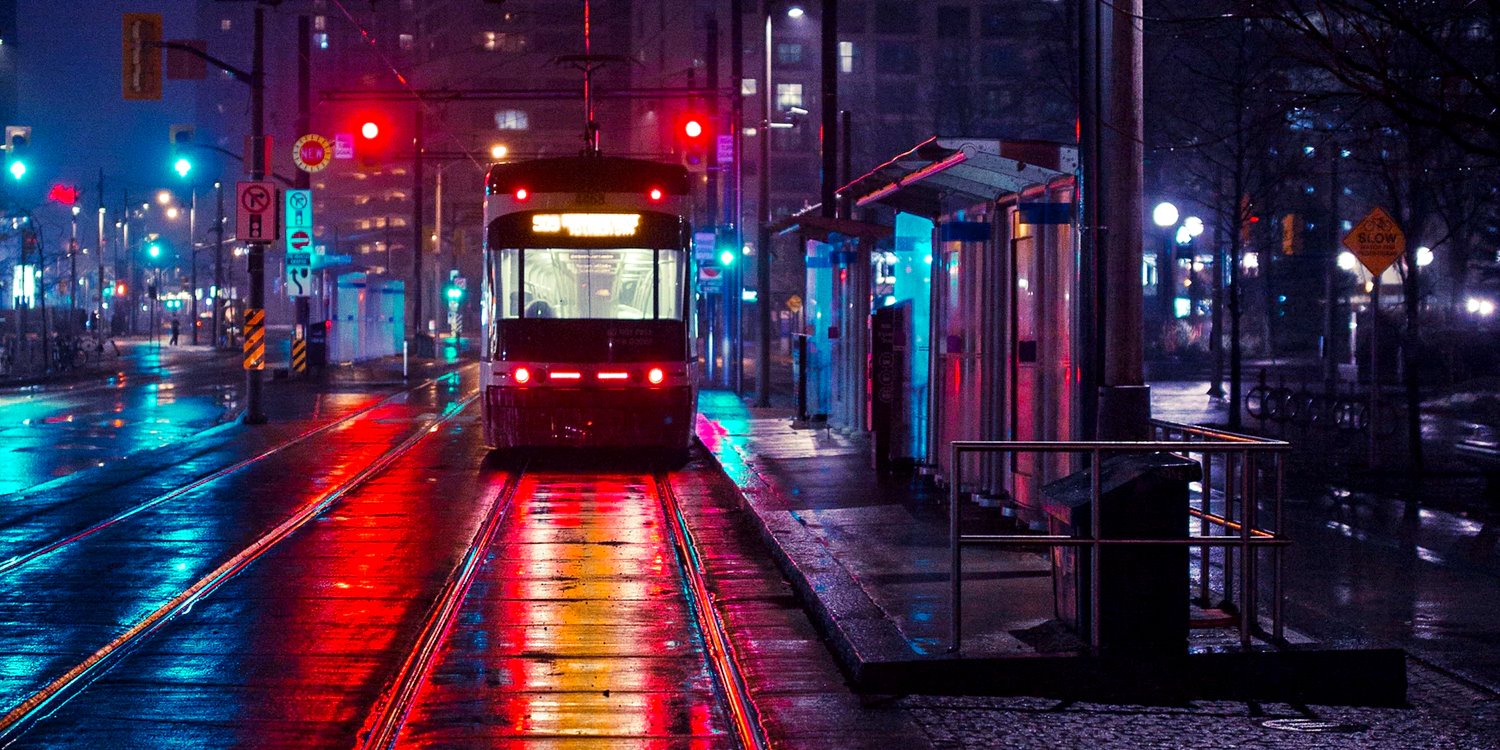 10. To Buy or not to Buy: ‘Schwarzfahren’ around Europe and the Fare-dodging Gamble

“We heard the rickety tram arrive before we saw it. The doors opened, we got in. As sometimes happens in groups of people travelling together in a public transport system unknown to them, we shortly debated whether to buy a tram ticket for 1.80 Bosnian marks (0.90 Euros) per person. We decided that we’d be OK and sat in front of the driver. One stop later, two men dressed in black entered the tram.”

Want to know what happened next? ‘Schwarzfahren’ around Europe is a risky fare-dodging gamble. A very expensive tram ride made Katja realise how exactly we use and abuse public transport systems. Read the full story here. 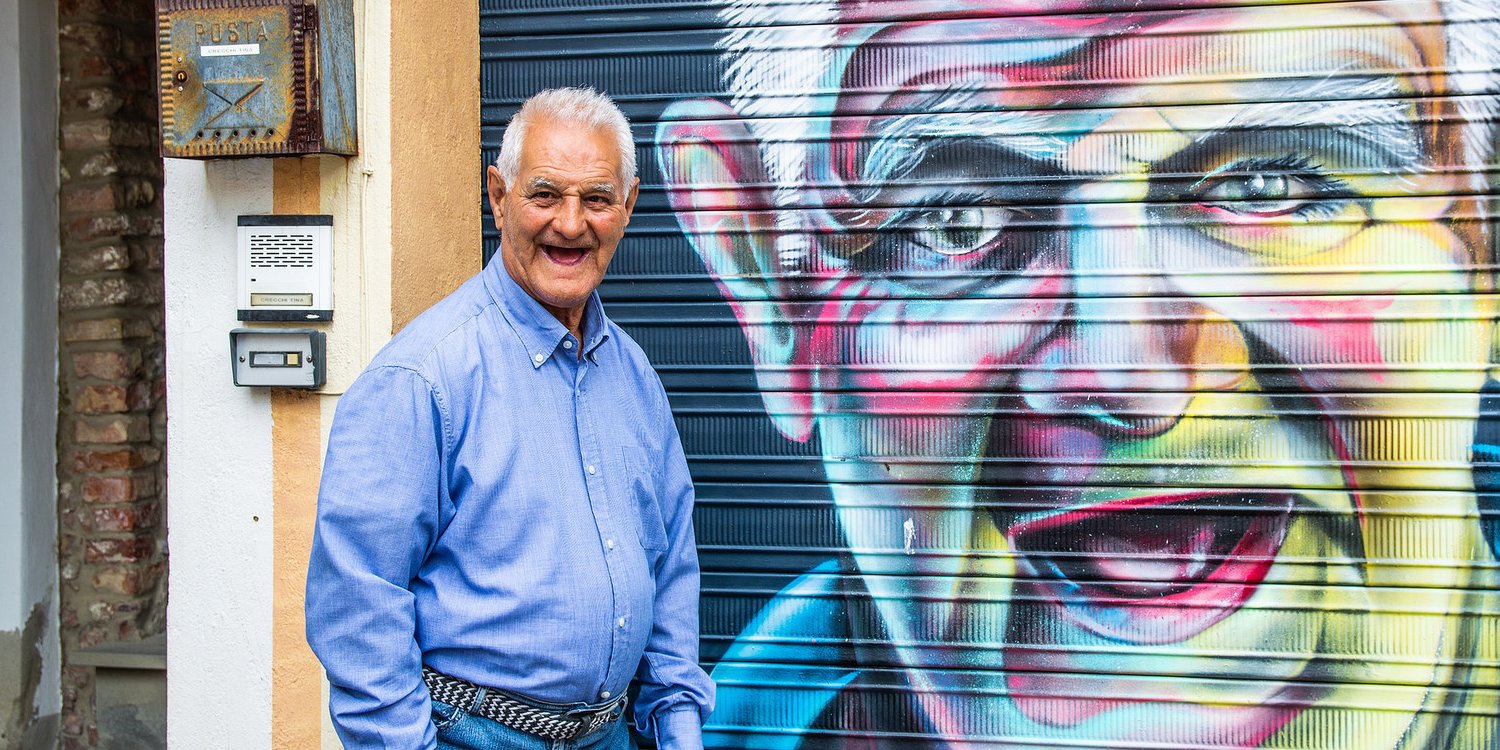 9. Portraits from Tuscany: Discovering the Region Through its People

Can you really get to know a place without connecting to its people? Earlier this year, Roselinde traveled to the Italian region of Tuscany. Afterwards, she noticed that the memories she made weren’t really about the iconic buildings or the infamous green hills. Rather, it was the conversations with friendly strangers. After all, people are what makes a place come to life. By sharing the portraits of the interesting characters she met, she told her story about discovering Tuscany for the very first time. 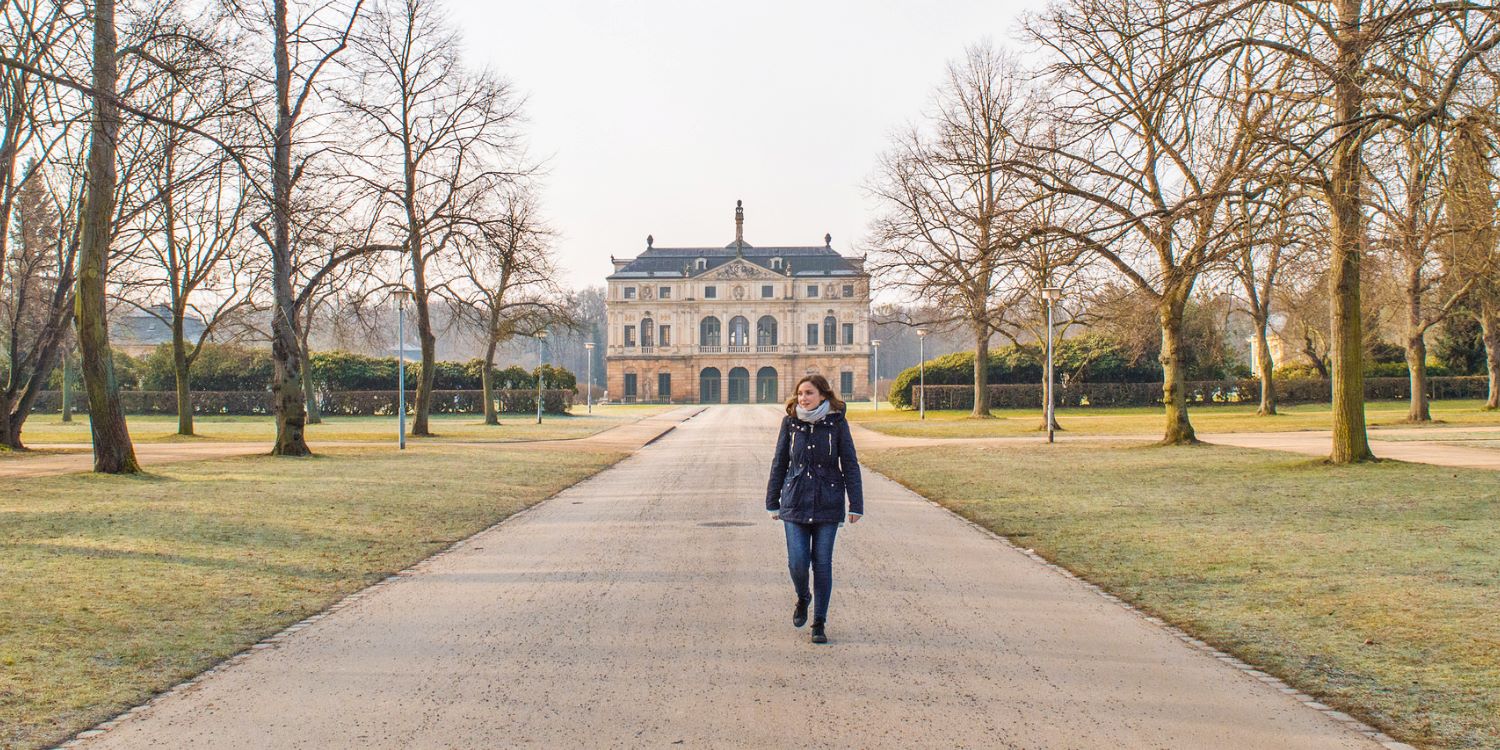 Dresden is a city with a completely unique backstory. The East German city is the capital of the free state of Saxony, and has been a major vein in Northern Europe’s cultural heart for a very long time. However, there was a time when all of it was reduced to rubble, and it happened quite recently. During World War II, the city was bombed and almost completely destroyed in 1945.

Since then, the city has been meticulously rebuilt. Dresden has recently blossomed into another period of cultural bloom. Foreign visitors are welcomed with open arms and the royal treasures have never been so accessible to ‘regular’ commoners (like you and me). Read the full article here.

+  The Uncalculated Costs of Travel 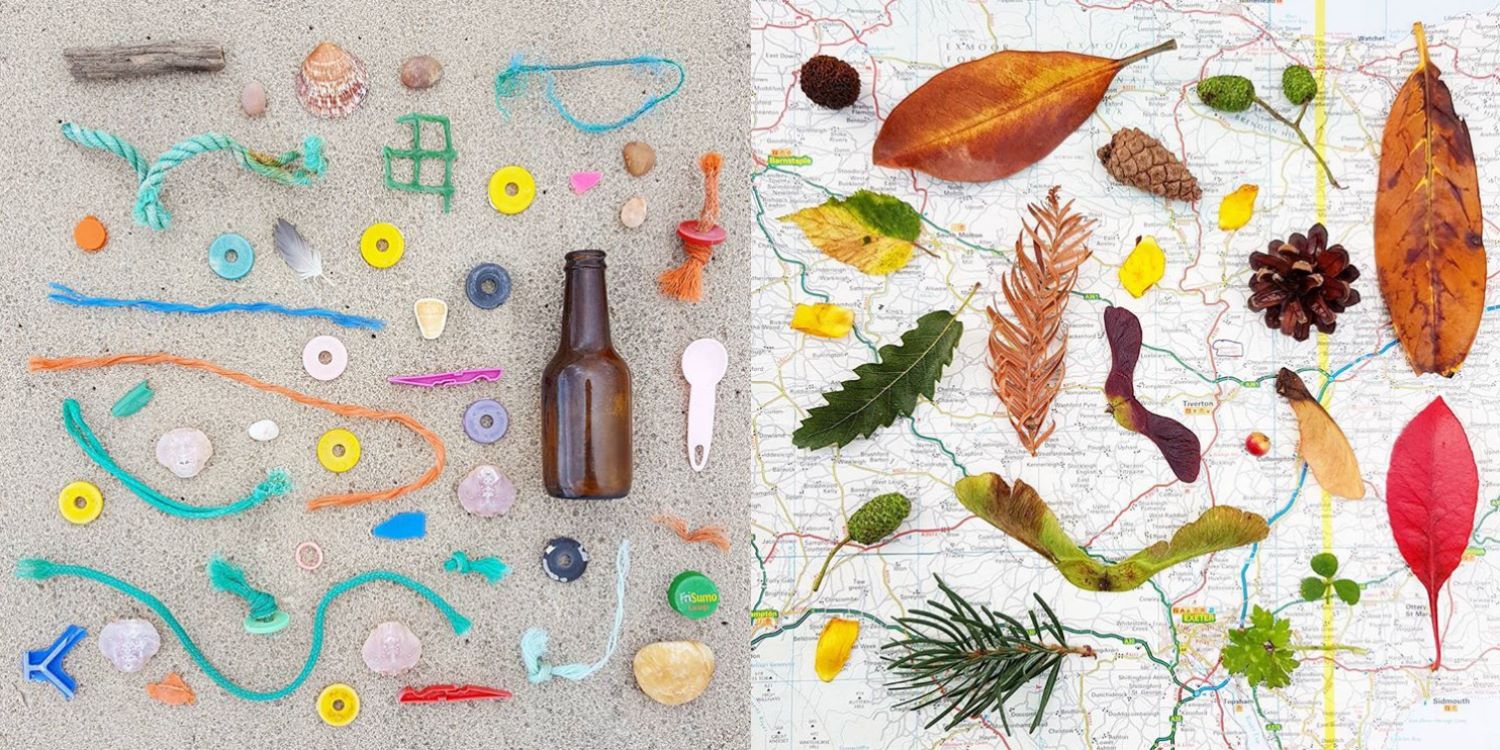 7. This Natural Storyteller Creates the Most Inspiring Instagram Flat Lays

Katja Staring is a Dutch Instagrammer (@dailygreenspiration), blogger, and business adviser, but most of all, she is a natural storyteller. She has one clear mission in mind: inspiring and connecting people via the beauty of mother nature. Every Friday, Katja posts a compilation photo of the bits and pieces she finds outdoors. She often searches for hidden details in her own garden in Drenthe, but she also makes little visual masterpieces of her travels. Read the full article over here! 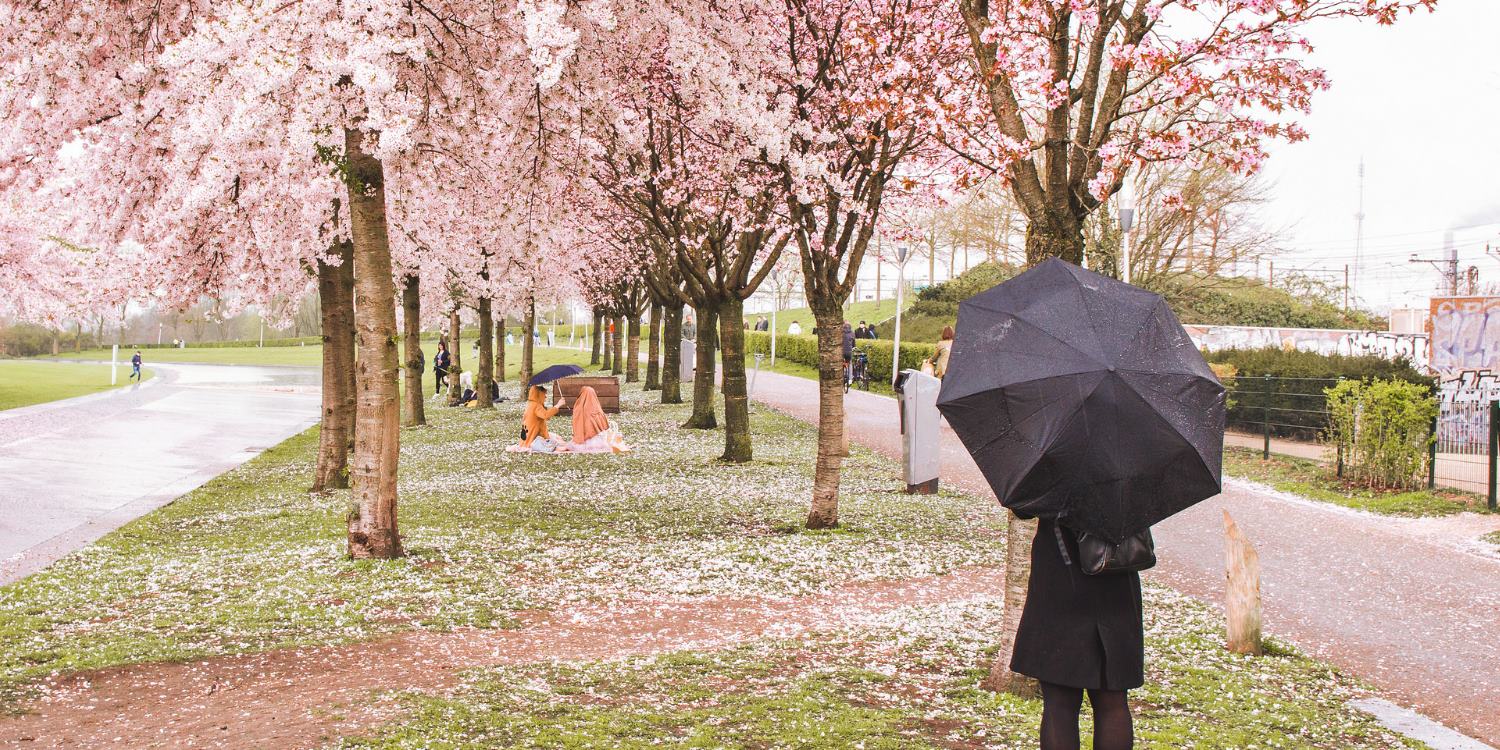 6. Beautiful Concepts from Japanese Philosophy That Will Enrich Your Everyday Life

In recent years, there seems to have been an explosion of interest in concepts from Japanese philosophy. Concepts that can change one’s attitude towards life, and that everyone can apply in everyday life. While these concepts may not completely revolutionize your everyday life, they could give you that one insight you needed to turn some things around. Philosophy can do that for you, once you realise the power of your thoughts. Here are six beautiful concepts from Japanese philosophy that will enrich your everyday life. 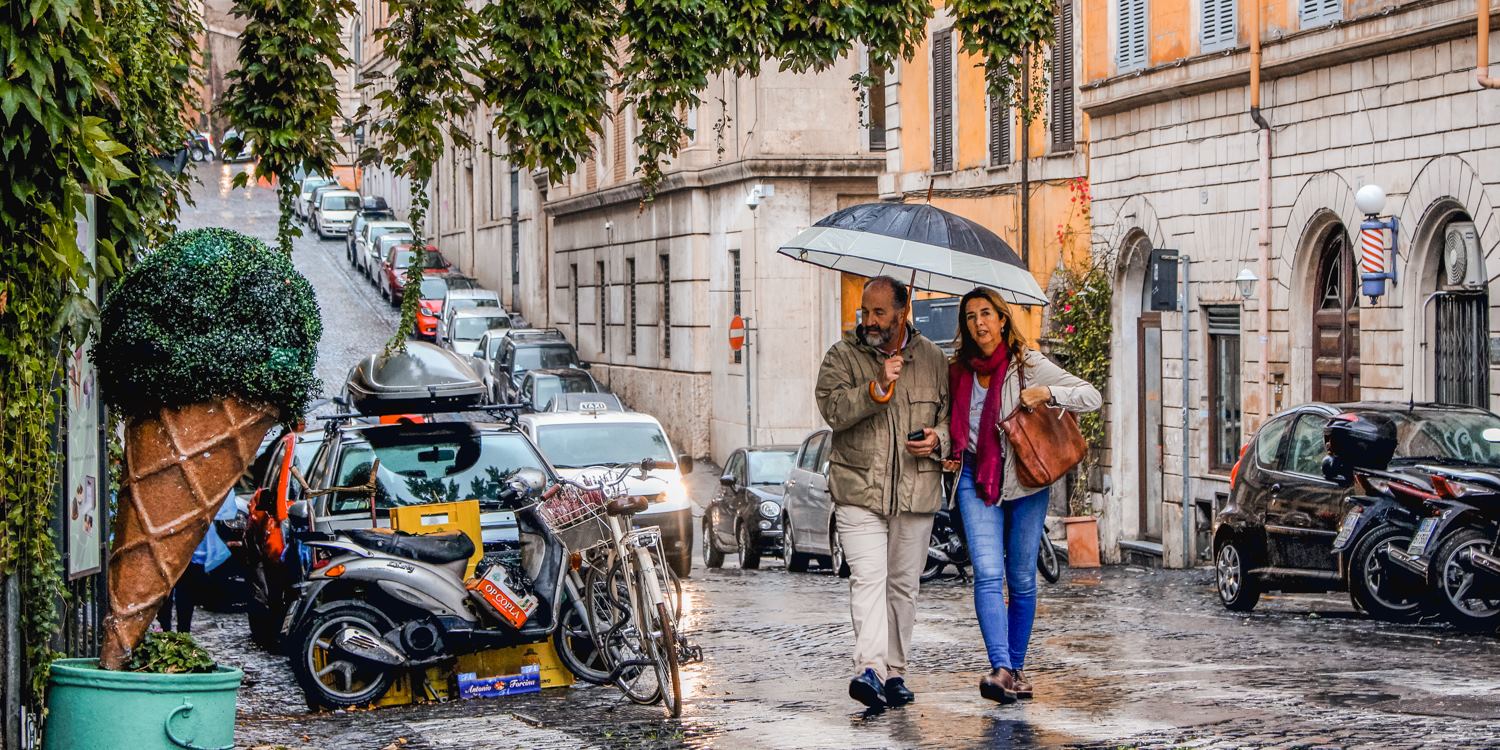 5. How to Spend a Weekend in Rome Beyond the Tourism

It doesn’t matter whether you’re admiring an alley on your left, peeking around the corner of an apartment building on your right, or just observing across the street in front of you. No matter where you look: spend a weekend in Rome and you’ll discover something new and beautiful every hundred meters. Marijke decided to exchange the goal-oriented tourism for a little bit of wandering through the city.

In between the sightseeing, she went searching for the Rome beyond tourism. The quiet, small, and cosy Rome and the dreamy Rome that awakens your imagination. The Rome of which she can still imagine what it would be like to live there. Read Marijke’s full story here. 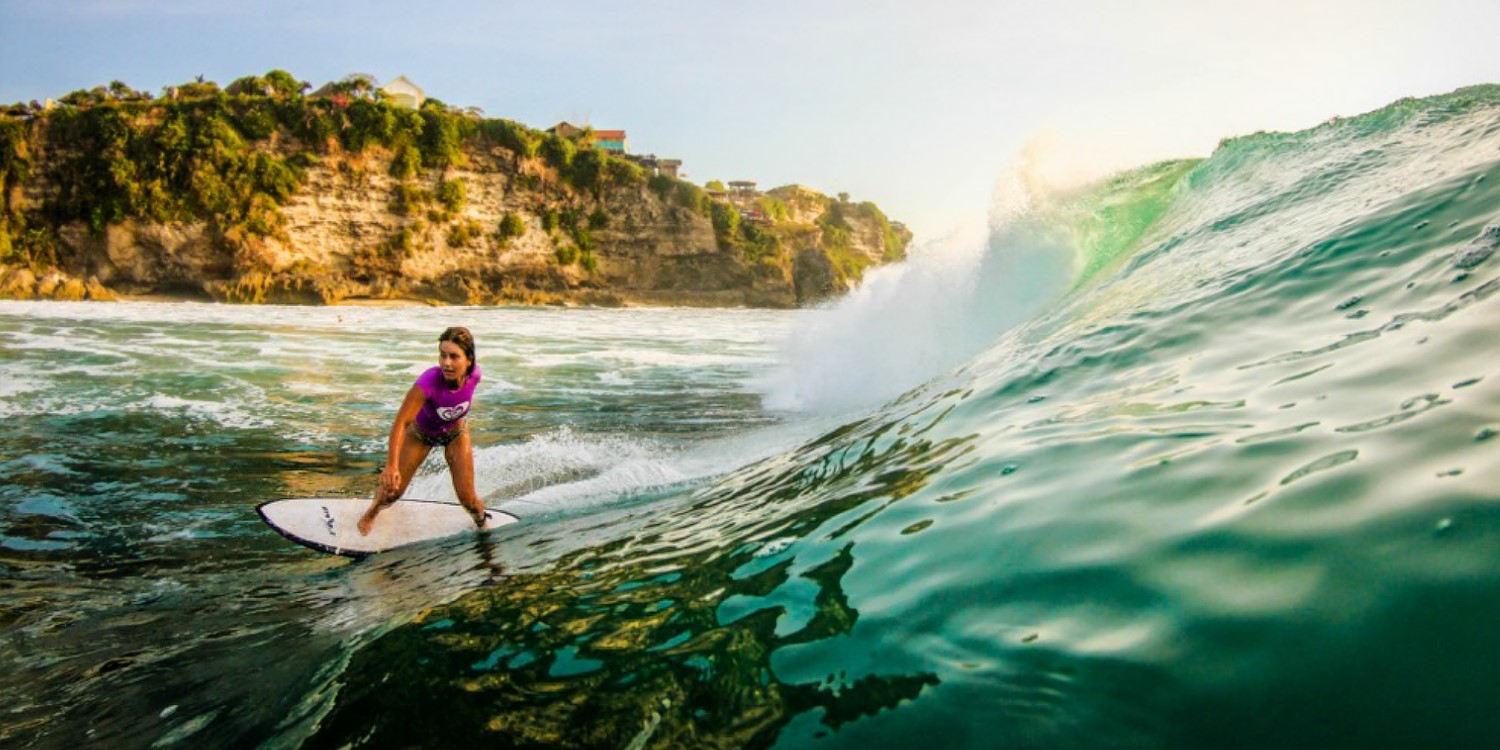 4. Skills, Thrills and Souvenirs: How the Knowledge I Gained Through Six Years of Traveling Changed My Life

Janine went on a six year trip around Australia, Thailand, Indonesia, California and South Africa and what she gained apart from photos for Instagram were skills and information that have completely changed her perception of life. She peeled off layers of her personality that were redundant, in order to reveal her true self … to herself. Read the full story about her inspiring journey here. 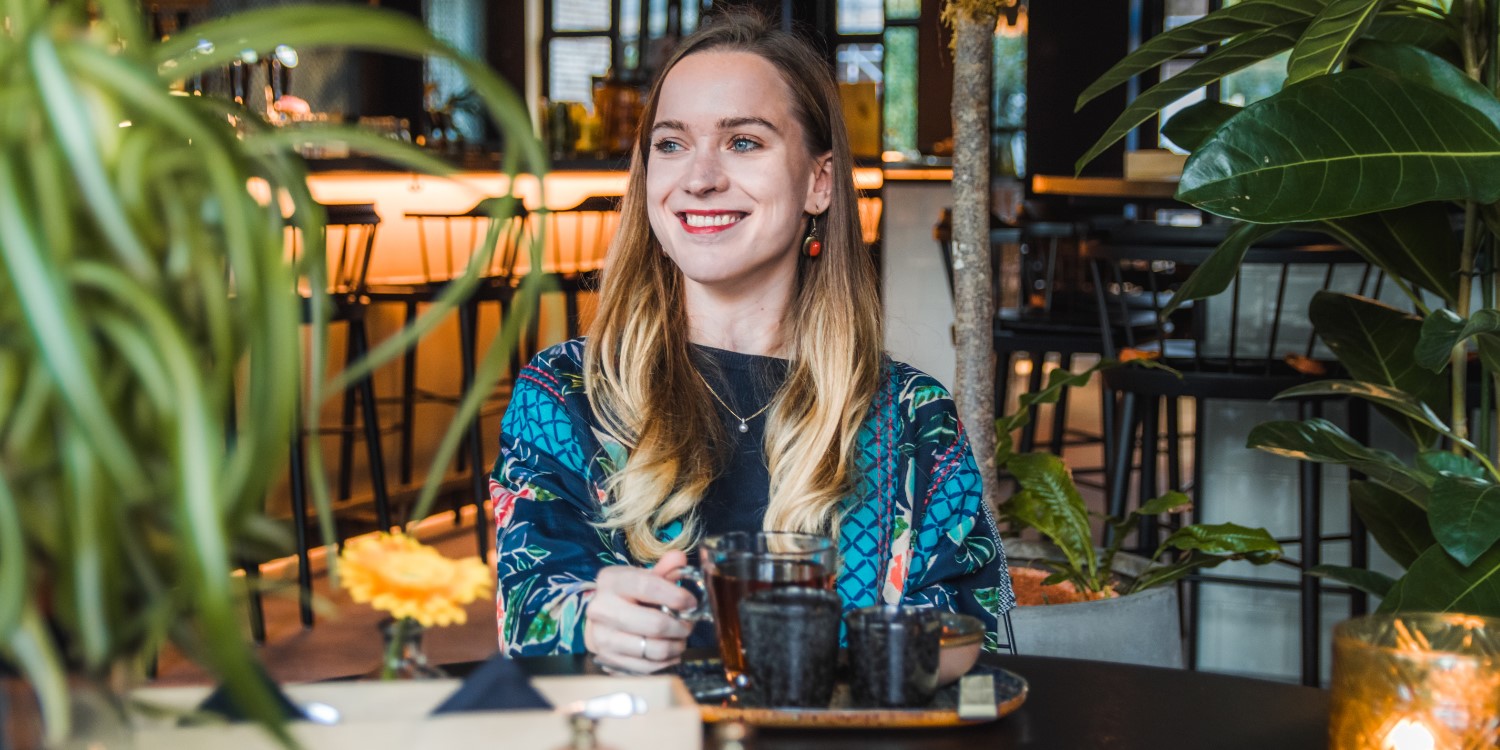 3. How wheelchair-friendly is Amsterdam? An Interview with Josephine from Able Amsterdam

Josephine was riding on the back of a friend’s scooter in Cambodia when they were hit by speeding taxi on May 12, 2017. Because both of them were wearing helmets, they survived the hit-and-run. But that one moment would radically change Josephine’s everyday life, as well as her plans for the foreseeable future. A few weeks ago, we sat down with Josephine for an interview. Roselinde was fascinated to hear how this accident eventually led her to founding Able Amsterdam, a pioneering platform in English that promotes awesome wheelchair-friendly places in Amsterdam. Read the full interview here. 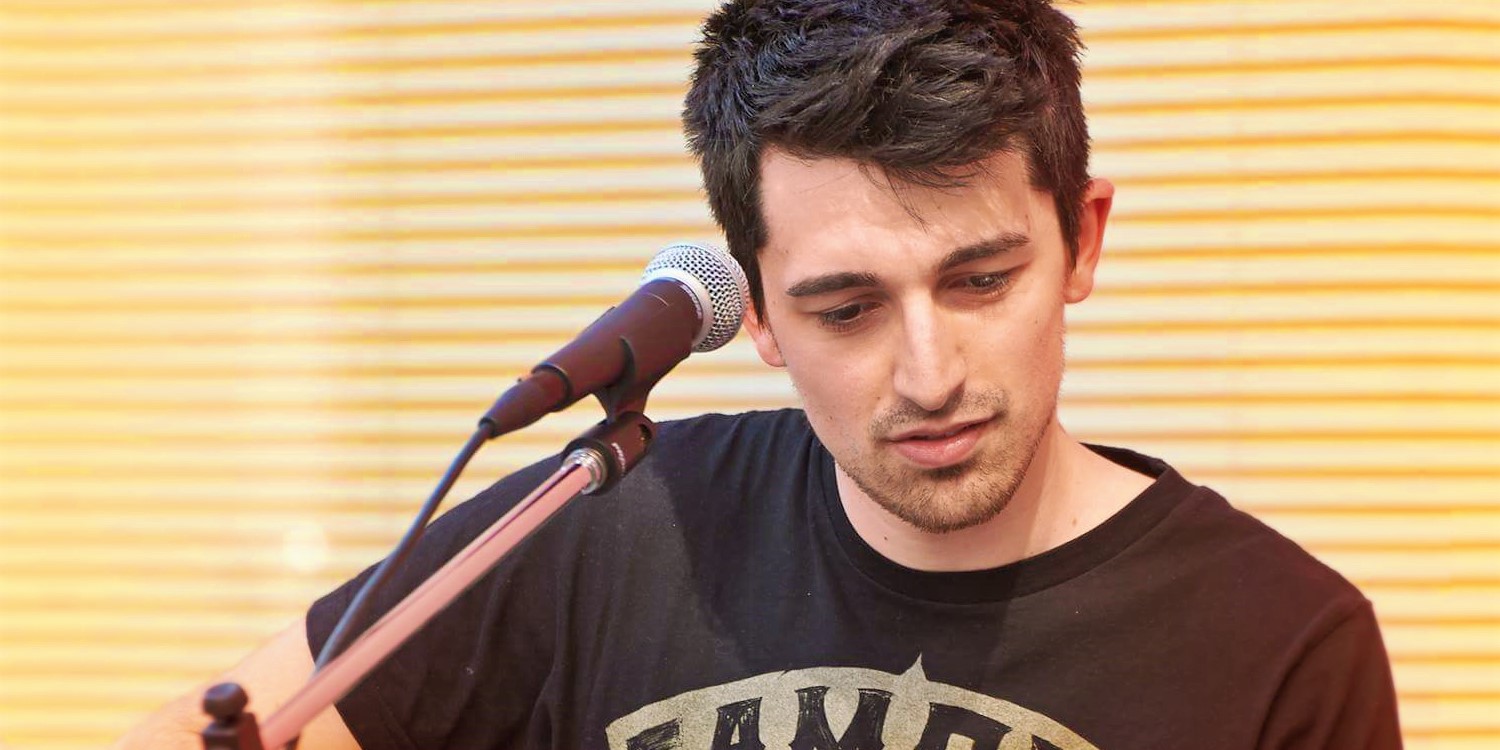 On the corner of the street, by the stairs of an old monument, or in the underground subway tunnels: in almost every major city, street musicians fill the air with their passionate songs. Musicians can instantly liven up our concrete jungles, but we’ve also wondered what it must be like. How much courage does it take to choose the city as your stage, and how does it feel to put yourself out there on the street?

We reached out on Instagram to see if any street musicians would be interested in sharing their story. Thankfully, Italian guitarist and singer Stefano Rosa responded! Stefano Rosa answered all of our burning questions in this interview. 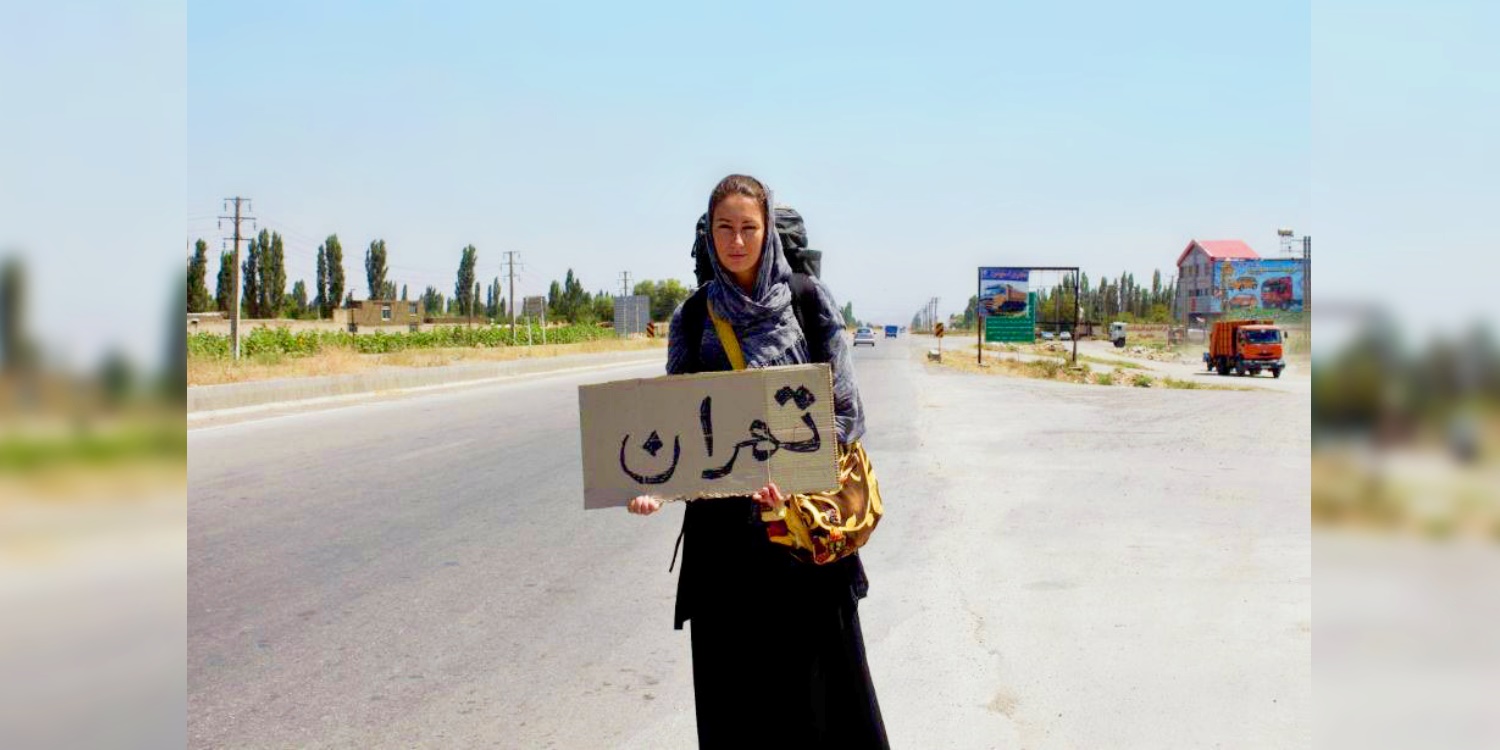 1. Meet the Woman Who Hitchhiked Across the World: An Interview with Ana Bakran

“It takes a woman and a simple decision to travel alone”. In Ana Bakran’s words, that is all she needed to embark on a trip from Zagreb, Croatia to Bora Bora, French Polynesia. In the 3 years and 8 months she spent on the road, she’s crossed over 70 000 kilometers and visited 25 countries. Her only rule was: no paying for transportation. Hitchhiking only. Lana interviewed Ana to hear her fascinating story earlier this year.