It doesn’t matter whether you’re admiring an alley on your left, peeking around the corner of an apartment building on your right, or just observing across the street in front of you. No matter where you look: spend a weekend in Rome and you’ll discover something new and beautiful every hundred meters. Rome simply breathes history. When walking on her streets, you can feel all the stories that have been taking place here for ages and ages. Personally, I think it’s a bit overwhelming. It feels like Rome is yelling at me. Rome crushes me with her over-the-top appearance. She keeps getting more grandiose, bringing me to the point of yelling things like “isn’t it enough now?”, “not again”, or “ah, come onnnnn!” 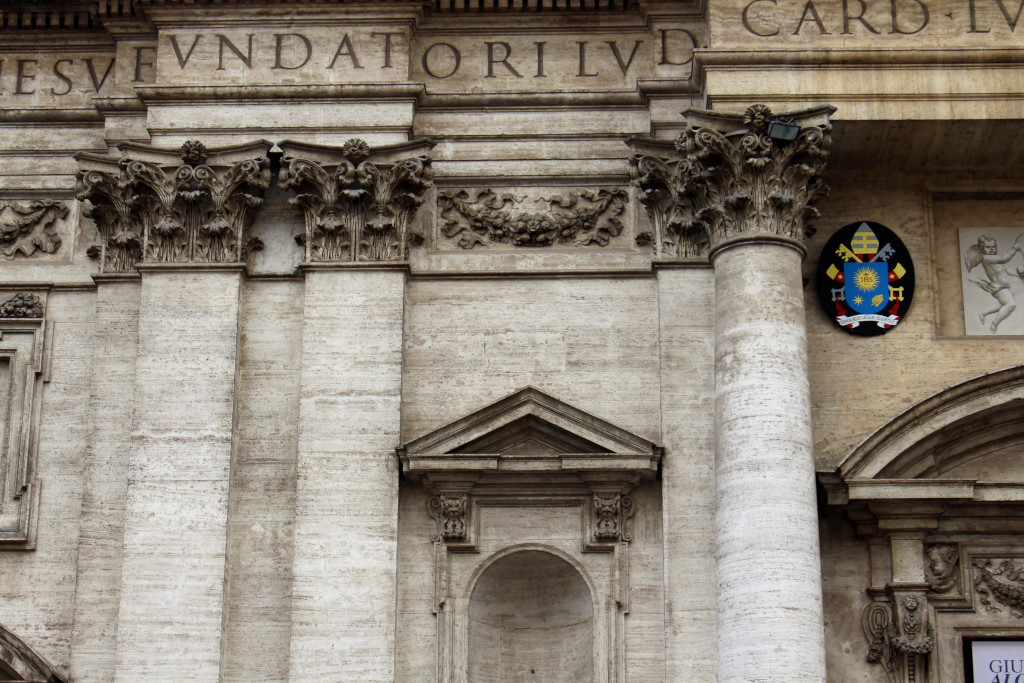 A Weekend in Rome, but Without the Tourist Traps

That’s why I decided to take things a little differently this last weekend I visited Rome. I was in Rome with my parents, whom I promised to show around, including the more famous things like the Spanish Steps, the Vatican and the Colosseum. Therefore, I couldn’t completely skip all those highlights. But at least, I could control the way we were going to visit them.

I decided to change my ways: not walking in a straight line from highlight to highlight (or even worse: taking the metro from point A to point B). Not trying to take the perfect picture of the Colosseum or the Forum Romanum, just like a thousand others. Instead, I made up routes taking us just a little further away from the crowds. Picking smaller streets and trusting my senses rather than my navigation: if left on a crossing looked more appealing, we went left (and adjusted the route later on).

I couldn’t completely skip the highlights, but I could control the way we were going to see them. This time, I decided to trust my senses rather than my navigation.

Rome Beyond the Tourism

We exchanged the goal-oriented tourism for a little bit of wandering through the city. Meandering alleys rather than crowded streets. Some extra walking and a slightly more tired feet rather than only seeing the typical postcard pictures. And so, in between the sightseeing, I went searching for the Rome beyond tourism. The quiet, small, and cosy Rome and the dreamy Rome that awakens your imagination. The Rome of which I can still imagine what it would be like to live there. And what Rome would be like without all the tourists.

My quest for the quiet side of Rome has succeeded. Of all pictures I uploaded on my laptop after the weekend, at least over half of it were pictures of things most tourists would probably pass by without noticing. Little scenes, a beautiful front door, a piece of street art. And more importantly: by looking at Rome in this way, she became a lot less overwhelming and a lot more kind to my sensitive soul.

Let me take you to the Rome beyond the tourism.