Do you know a place where the flowers are always in bloom, even when it snows? A place where you kind find bouquets of tulips in every colour of the rainbow? Well, I do! It’s the Bloemenmarkt: Amsterdam‘s iconic flower market. Has the Bloemenmarkt become a little bit of a tourist trap? Yes, I have to admit it: slightly. Still, there’s a lot to learn about why the Bloemenmarkt became a floating market and how the tulip became such a celebrated symbol of Holland. Here are 5 facts about the Amsterdam Bloemenmarkt!

1. It is the Only Floating Flower Market in the World

You might not notice it at first, but when you look a little closer, you can’t really miss it: the Bloemenmarkt is actually the only floating flower market in the world. The historic streets along the canals tend to be quite narrow, so the flower stalls gain much more space by moving onto the water. However, there is one more important reason why the Bloemenmarkt became a floating market. 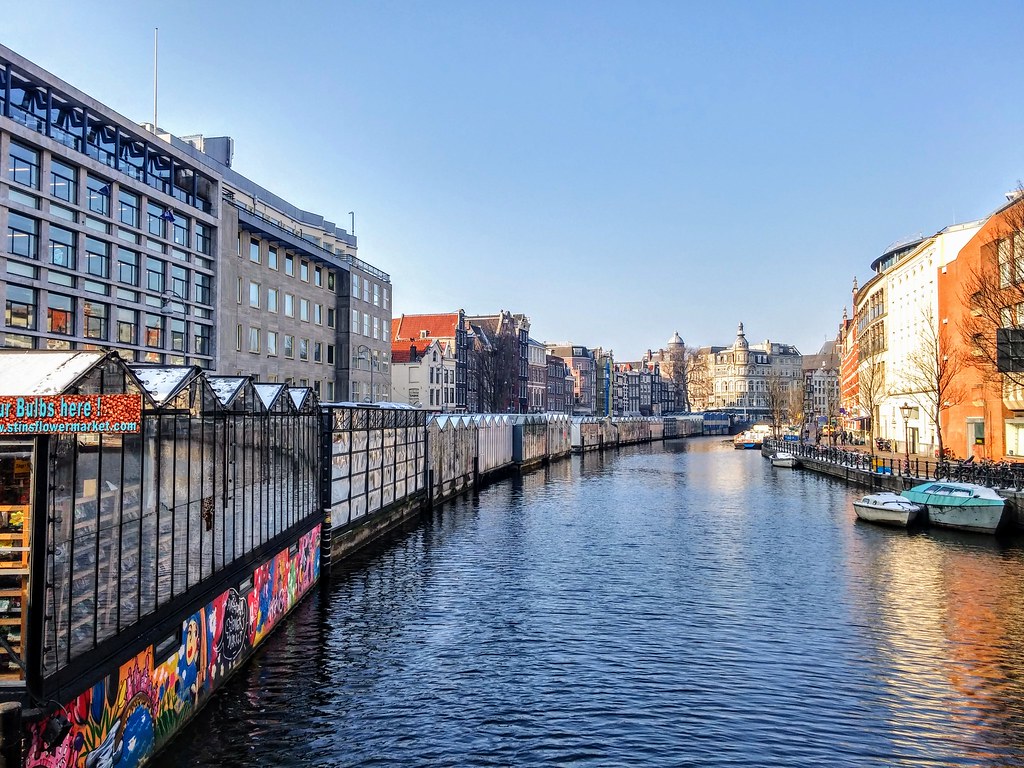 2. From Flower Boats to a Floating Market: The History Behind the Bloemenmarkt

The origin of the floating flower market has a lot to do with the characteristic canals of Amsterdam. There are so many canals in the city that these waterways have always been primary routes for urban navigation. The Bloemenmarkt began in 1862, when all of the flowers were still supplied by numerous smaller boats. The flowers used to be brought in from Aalsmeer and other nearby areas in Holland.

They may be the most popular flowers sold at the Amsterdam Bloemenmarkt, but did you know that Tulips aren’t actually Dutch? Although these colourful flowers have become a symbol of Holland, Tulips were actually imported from Turkey in the 16th century. This eventually kicked off a veritable Tulip Mania in the Netherlands, also known as the “Bollengekte” in Dutch. The prices got so high that a single tulip bulb could cost as much as an entire house in Amsterdam. Eventually, prices radically dropped and the Tulip Mania became one of the first major economic bubbles in history. 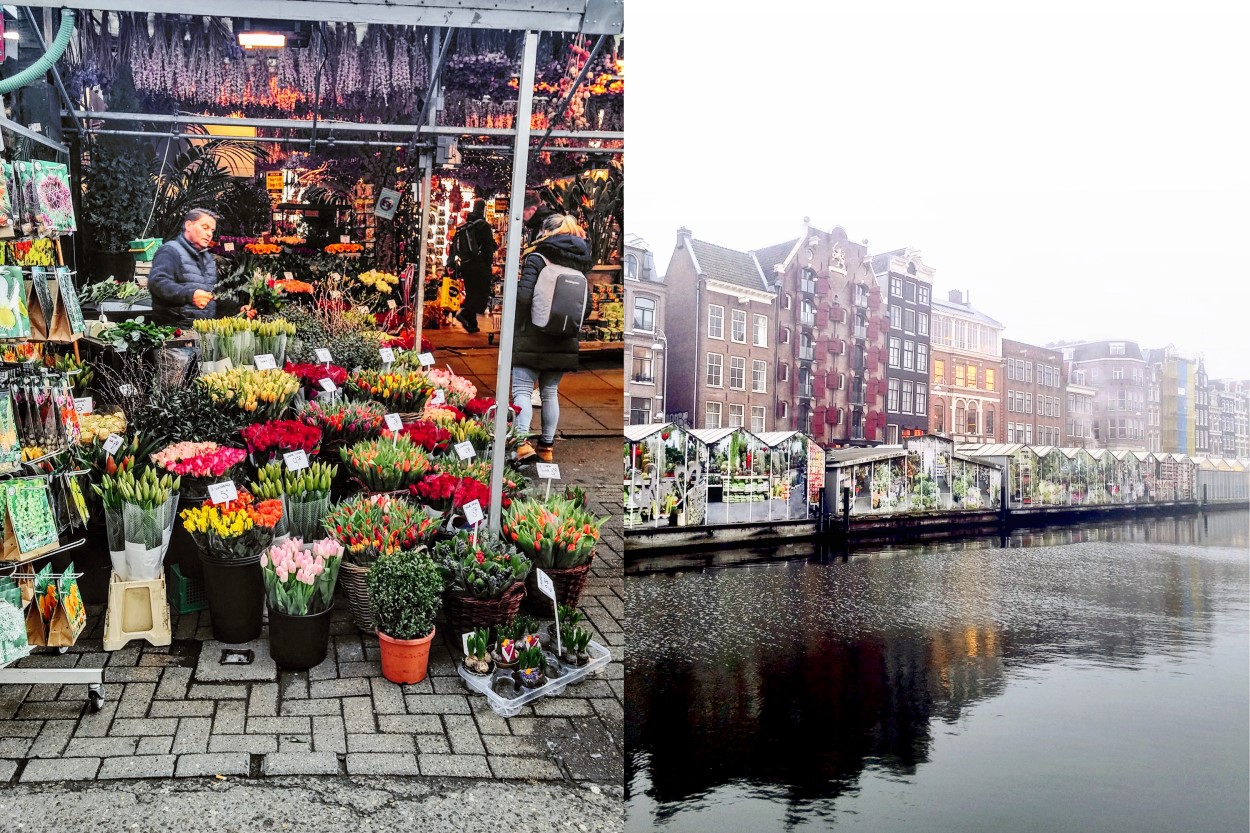 4. Sold from the Singel, the Medieval Border

The Bloemenmarkt moved places a few times, eventually ending up in the Singel. The Singel is a well-known canal in the historic core of Amsterdam. It is part of the “Grachtengordel” (Canal Belt), which is listed as UNESCO World Heritage. In late medieval times, the Singel formed the outer border of the city of Amsterdam. The city has grown so large that, nowadays, the Singel is located in central Amsterdam.

Over the years, the tourism industry has slightly altered the Bloemenmarkt. Most significantly, the range of products has somewhat “diversified.” There are now also various types of souvenirs for sale, including so-called cannabis starter packs. I’m not too sure whether taking that on a plane back home would be the absolute best idea for most international tourists. Nevertheless, since it’s a plant-related product, the starter packs can still be legally sold at the Bloemenmarkt.