If you’ve ever visited Holland, you must have noticed that Rotterdam is a city like no other. You won’t find a similar urban vibe anywhere else in the Netherlands. Undeniably, a large part of that is due to the city’s straightforward, passionate, and culturally diverse inhabitants. But Rotterdam’s architectural evolution is also a remarkable case. Have you ever asked yourself why Rotterdam looks nothing like Amsterdam, Utrecht, or Leiden? Well, this is because Rotterdam experienced extremely heavy bombing during World War II. The historical centre was simply blasted into pieces. This tragedy happened almost 80 years ago and the city has obviously made an incredible recovery. Yet, I often can’t help but wonder what Rotterdam looked like before World War II. How would Rotterdam have taken shape if history had run a different course?

The Blitz and Reconstruction: Letting Go of What Rotterdam Looked Like Before

The bombing of Rotterdam or the Rotterdam Blitz occurred on the 14th of May in 1940. The goal of the invasion was to break resistance and force the Dutch to surrender. Since thousands of inhabitants had already fled the city, the number of deaths was relatively small. Still, nearly 900 people lost their lives and roughly 85,000 Rotterdammers became homeless.

The destruction of Rotterdam transformed into an idealistic opportunity to create a new and improved metropolis.

The reconstruction of Rotterdam started gaining momentum after the liberation in 1945. Since only a handful of historic buildings remained, it wasn’t an easy project. Nearly everything that was left of the city centre, mostly rubble, was demolished to make place for a better Rotterdam. Indeed, it seems as though the citizens of Rotterdam refused to drown in nostalgic self-pity. Instead, the city’s destruction transformed into an idealistic opportunity to create a new and improved metropolis. Yesterday was history and the future looked brighter than ever. 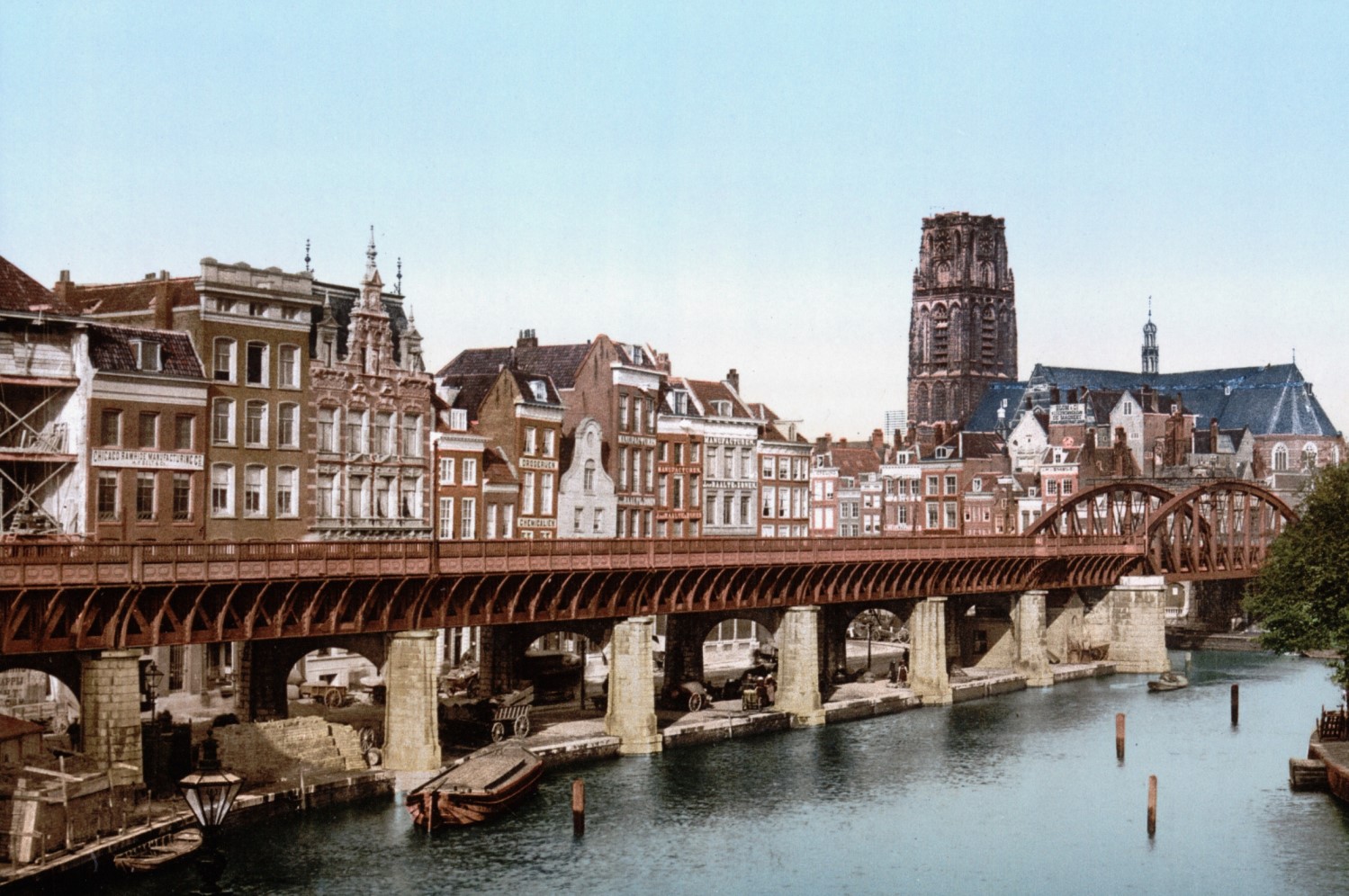 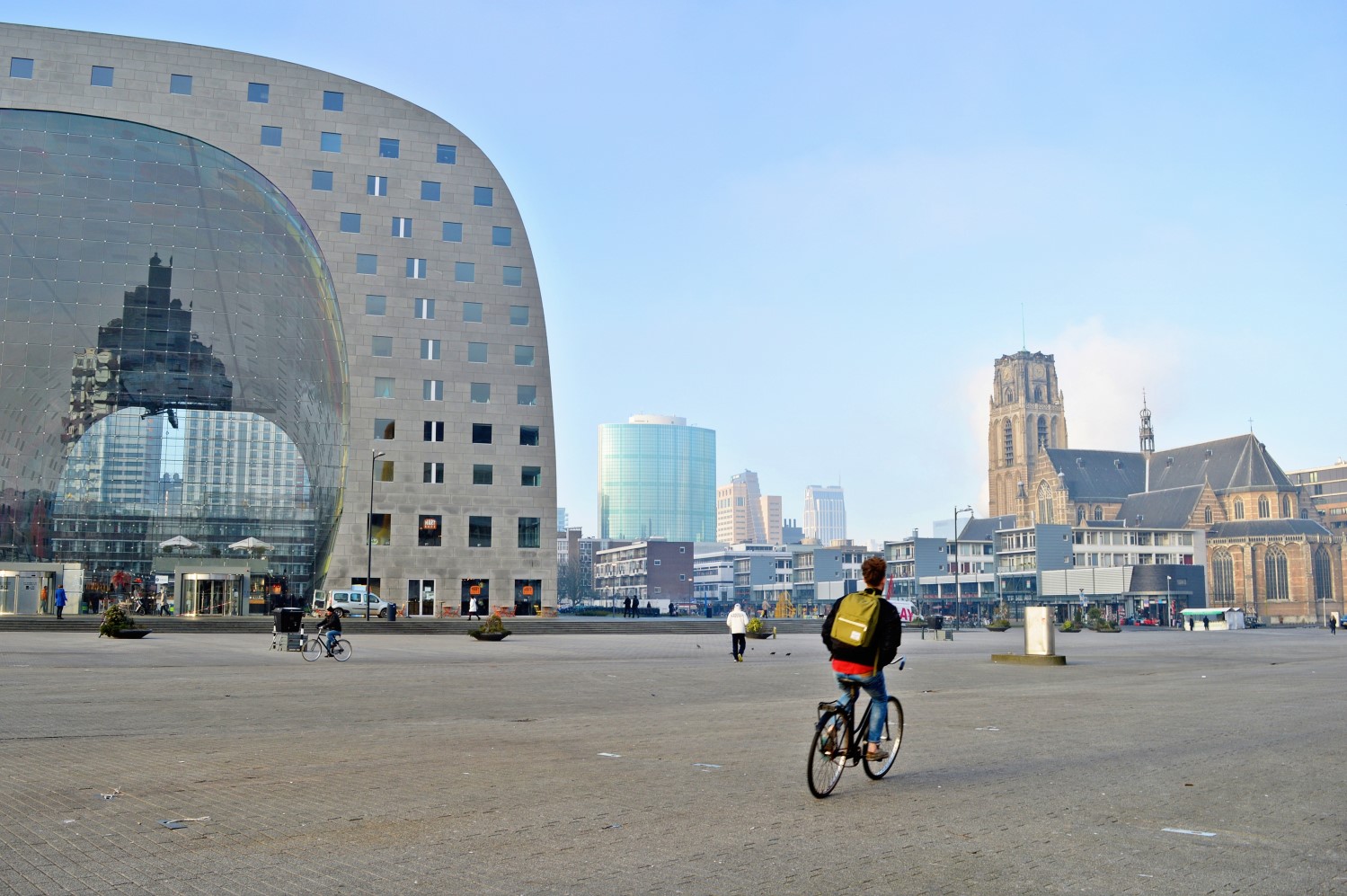 One location that has made an extremely radical transformation is De Kolk. The area used to border an urban waterway, lined with rows of elegant houses. The charismatic Laurenskerk adorned its pre-war skyline; the only medieval building in Rotterdam that survived the Blitz. As you may notice, when you compare it to what Rotterdam looked like before, the area looks nothing like its former self. The typically Dutch houses have disappeared. Additionally, the municipality filled up the water with rubble collected from bombed buildings.

Nowadays, the area’s most distinguishable landmark is the innovative Markthal (market hall) with its unbelievable ceiling design. You might call it something like the Sistine Chapel meets the 21st century. Although de Kolk has evidently found a new urban balance, the dynamic has radically changed. 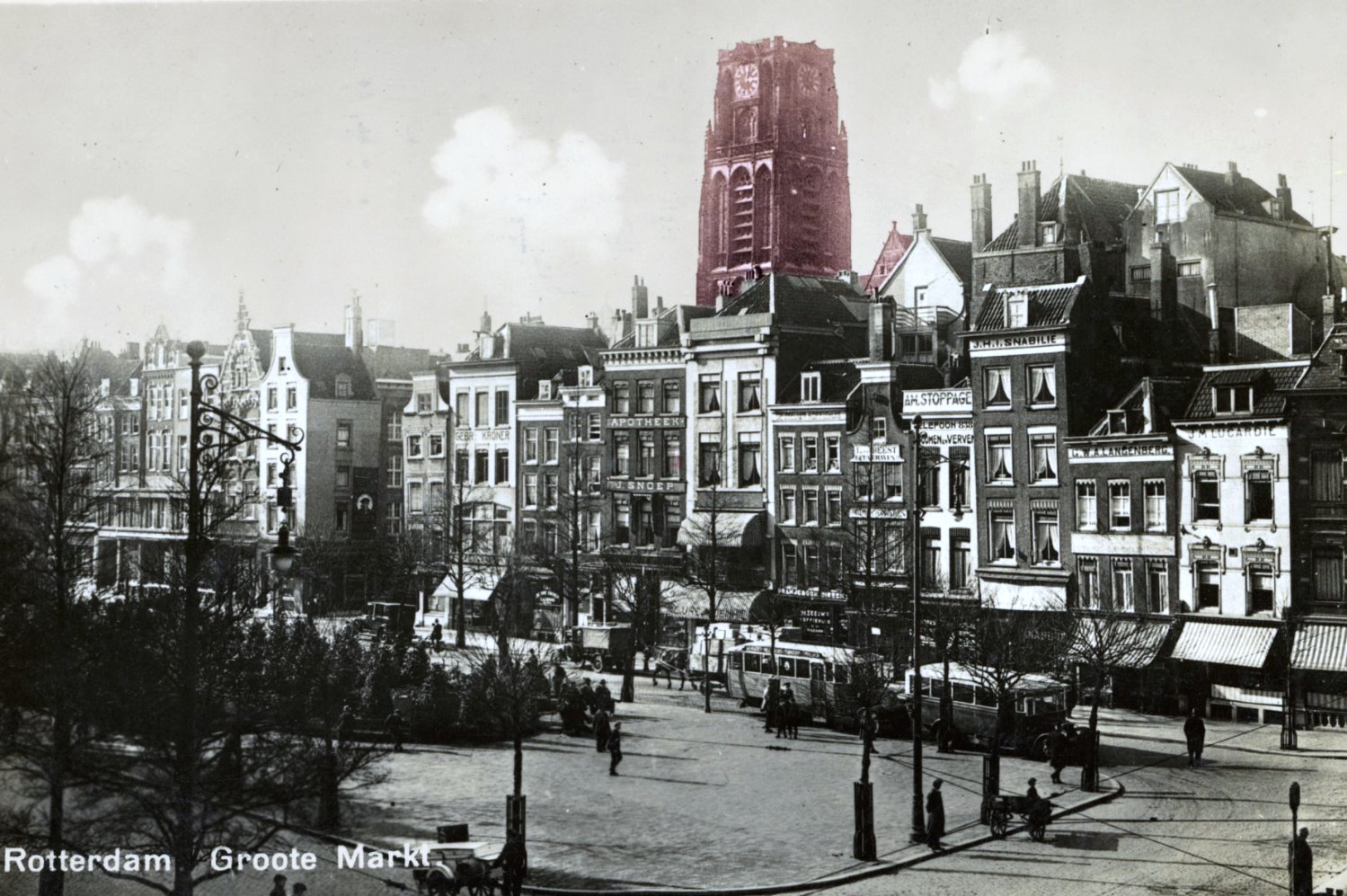 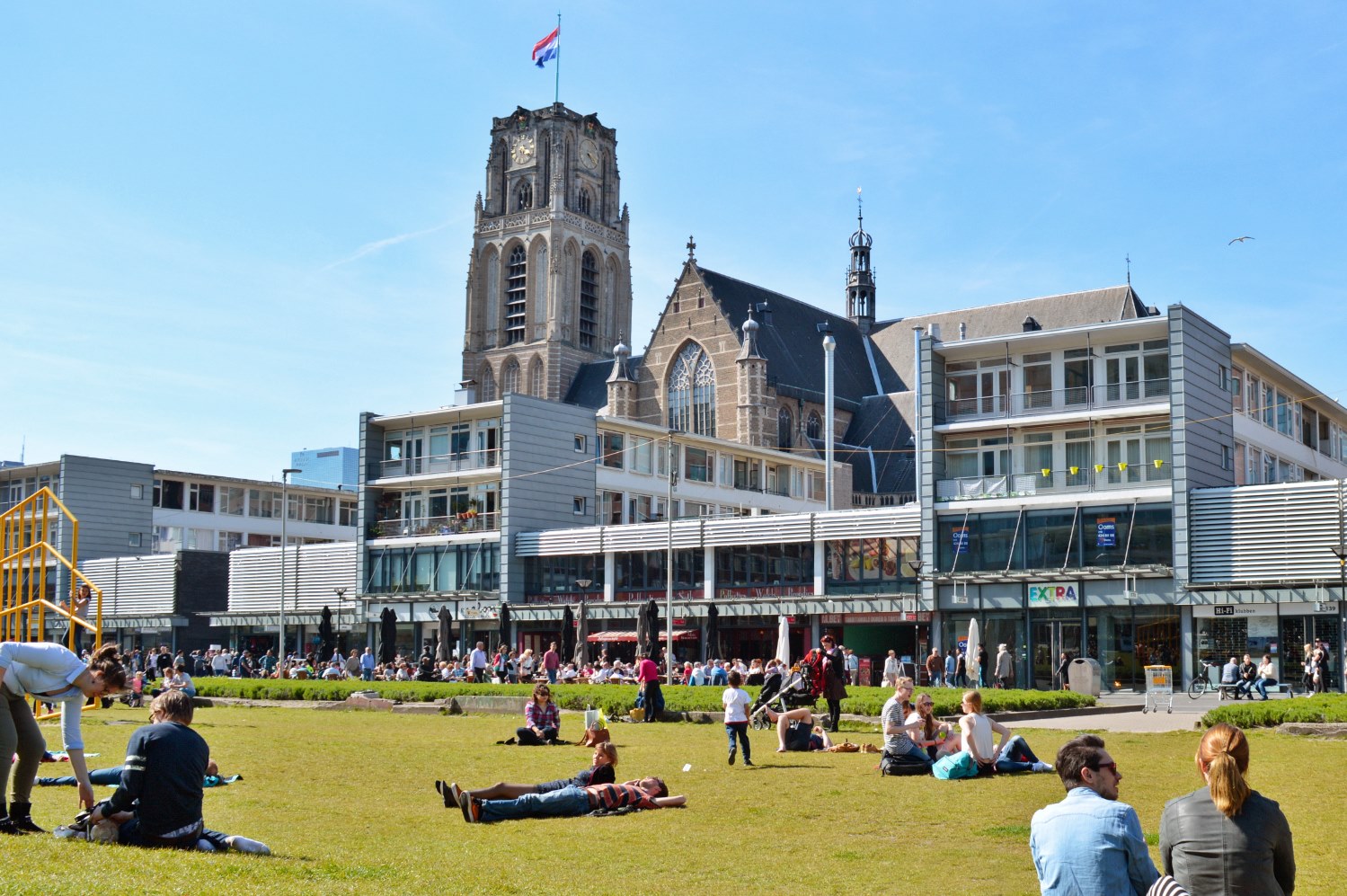 The Groote Markt was a large market square, just a stone’s throw away from the former Kolk area. It used to be a bustling neighbourhood, full of all types of stores and traditional urban housing. Unfortunately, almost nothing remained intact after the bombing. De Groote Markt has clearly made a total metamorphosis, but its lively character persists. Today, a smaller part of the square between the Markthal and Laurenskerk has turned into a grassy space for public art and relaxation. It’s a great place to have an urban picnic and enjoy a sunny summer’s day. 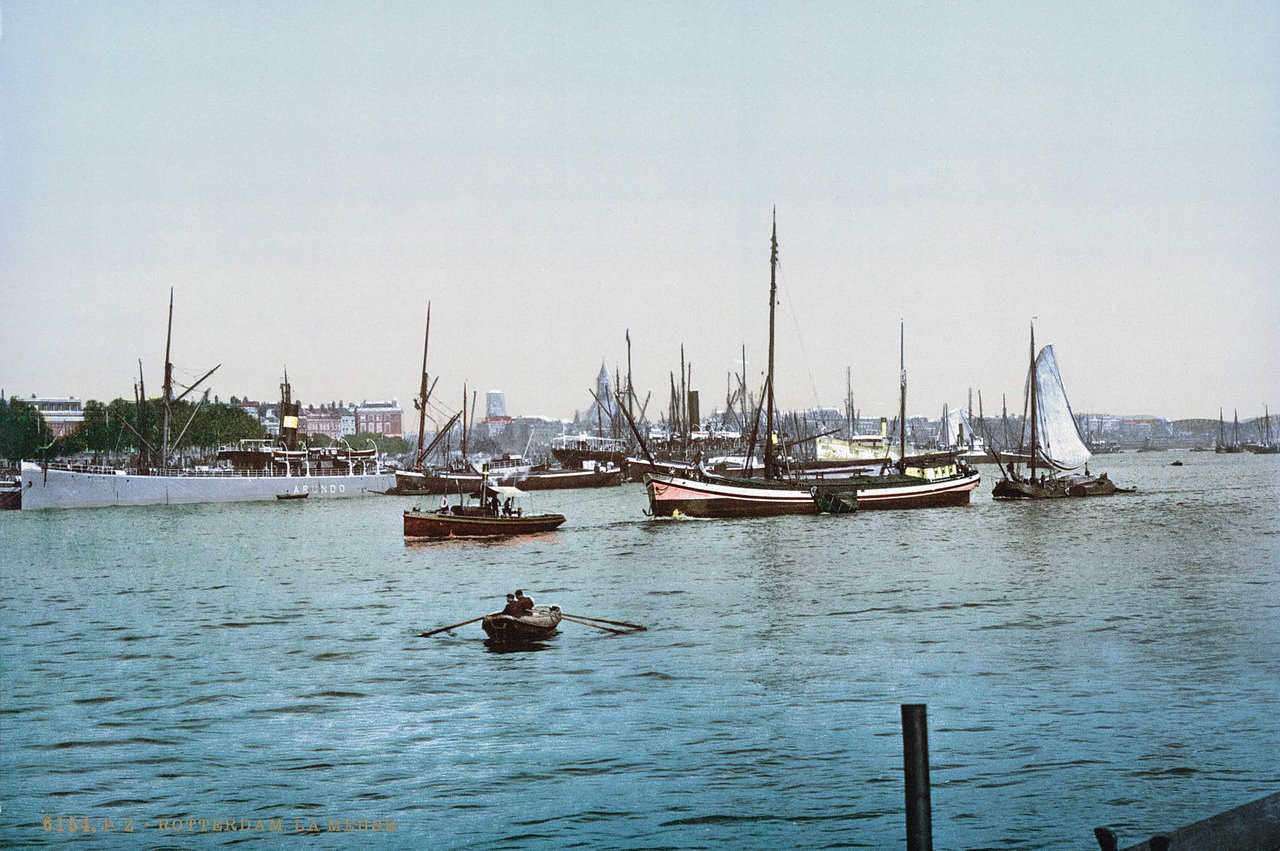 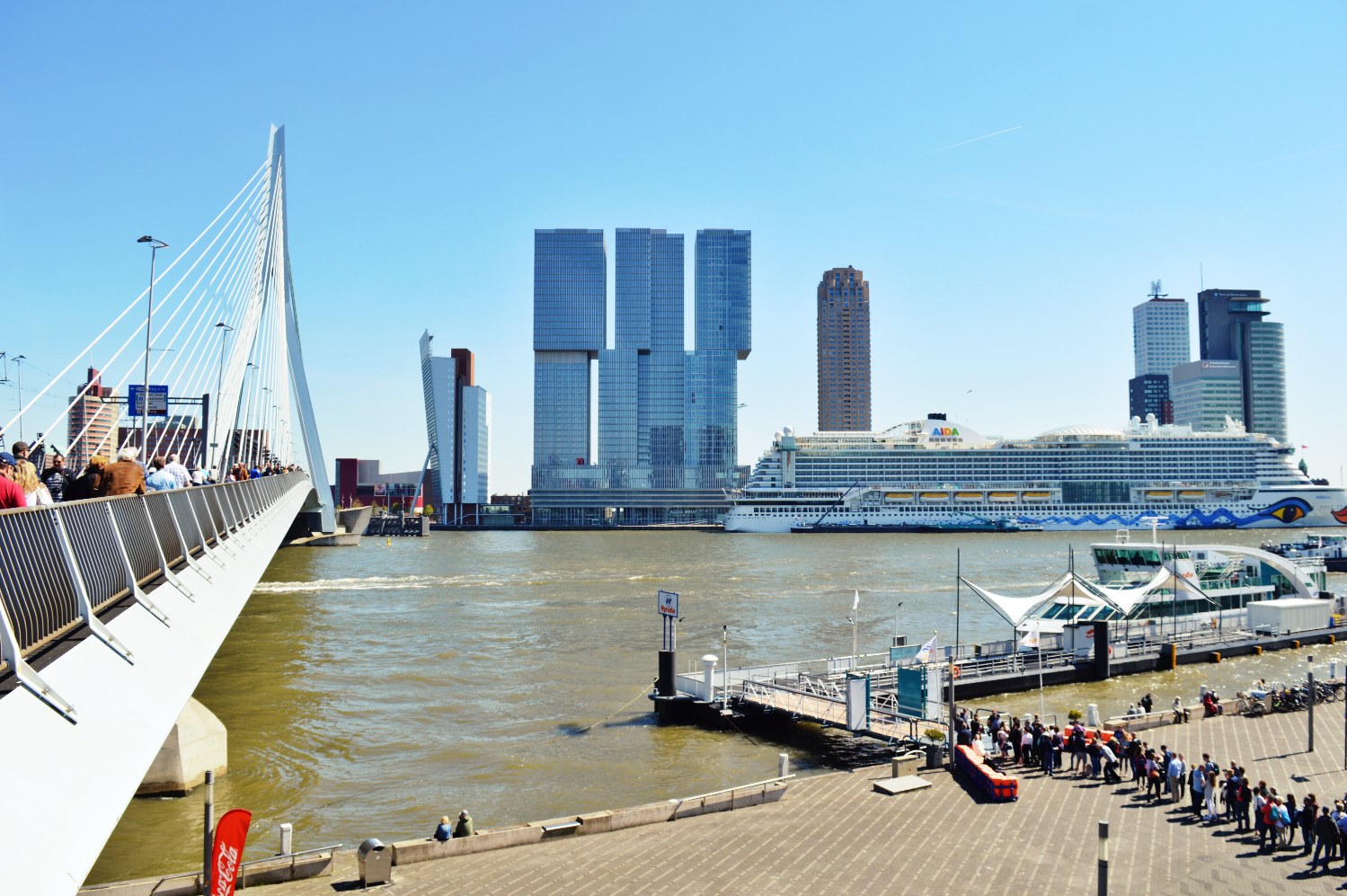 The Port of Rotterdam

The city’s most iconic feature is its main harbour: the Port of Rotterdam. When you compare this major feature in the city to what Rotterdam looked like before, the urban transformation is most visible. The seaport is the logistic core of the Netherlands and functions as the commercial gate of Europe. Moreover, it’s technically the largest port in Europe, catering to roughly 40 million consumers in its hinterland. Originally, pre-war Rotterdam already bore a multitude of harbours and some of those date back to the Middle Ages. As a result of its strategic location, the port experienced an unprecedented growth after the end of World War II. The city then developed into the major financial hub in Western Europe it still is to this day.

Historical images via: Wikmedia Commons and Rotterdamkaart.nl. I reserve all rights to the accompanying images of present-day Rotterdam.