Ah, remember the early 2000s? Life was all about Nokia phones, Pokémon cards, and glittery blue eye shadow I only wore at home. Indeed, it was a precious pre-selfie era, so innocent and blissfully unaware of the onslaught of instafamous influencers that were still soiling their diapers at the time.

Just kidding, I refuse to be one of those sour potatoes that moan about “the good old days” or “being born in the wrong decade”. If you’re one of those annoying people; get a grip pouty Patricia! There is no such thing as “simpler times”, life is just different now: a little bit better and a little bit worse. That’s the only thing that never seems to change. 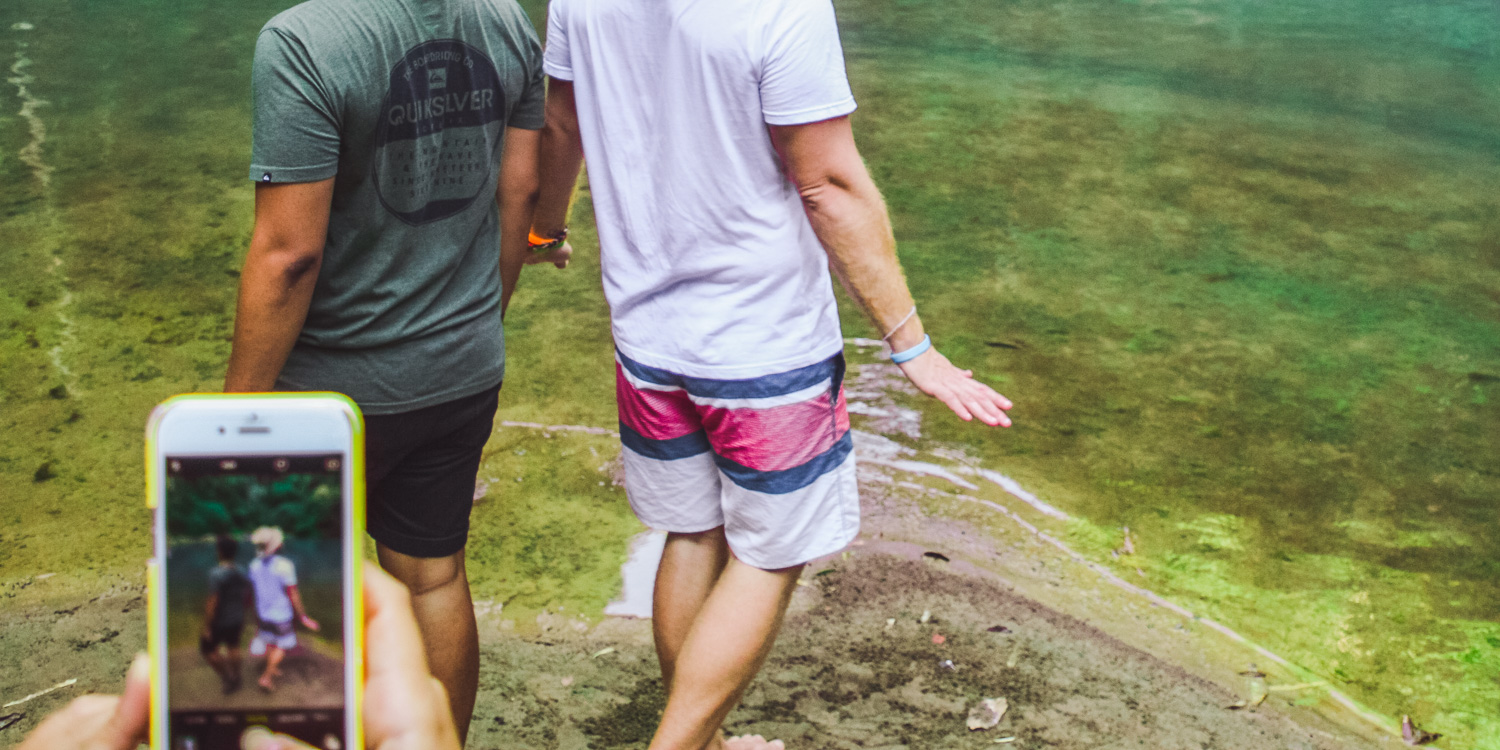 The same goes for travel. Yep, I’ll admit that those retro analogue shots always deliver a rush of nostalgic magic. But let’s be honest: instantly sending a mobile snapshot to my friends and family while standing on top of the mountain I just climbed isn’t half bad either.

I am writing this in the year 2018, on a boring Saturday evening in the late 2010s. I feel like we’ve arrived at a time when we can start to understand what this decade has morphed into. If I had to guess what historians were going to write in the future, it would be something describing the worldwide rise of smartphones and social media. Just have a look at these 8 new travel words that brilliantly describe the current decade.

You know those ice creams shaped like farting unicorns, rainbow-colored pancake stacks, or specialized avocado restaurants? Those moments when you’re 50% eating a snack for its taste, and 50% for its instagrammability? Well, those are the telltale signs you’ve just paid for an Instagram tax on top of the regular price. When a product becomes popular on Instagram, the price tends to climb as fast as the likes.

+  Beautiful Concepts from Japanese Philosophy That Will Enrich Your Everyday Life

We all have at least one of them in our inner circle: that irritating friend (me) that can’t stop mentioning the places (s)he visited whenever they get the chance. Whenever a city (or even just a country) comes up in conversation, they’ll give you unsolicited advice about the hidden hotspots you simply HAVE to visit. You might want to let them know about their preaching problem: they’re an insufferable travelangelist (travel + evangelist).

Backpacking has become one of the most popular activities for young adults, especially college students. God forbid you reach the age of 25 without having gone on a 2 month trip around Southeast Asia. Ok, so let’s be real: most backpackers are alright, fun-loving people with an international awareness. But there is such a thing as a bratpacker: permanently drunk, lives off ultra-cheap convenience store food, and completely disregards the local customs. They couldn’t care less which country they pick as their destination, as long as they can party. 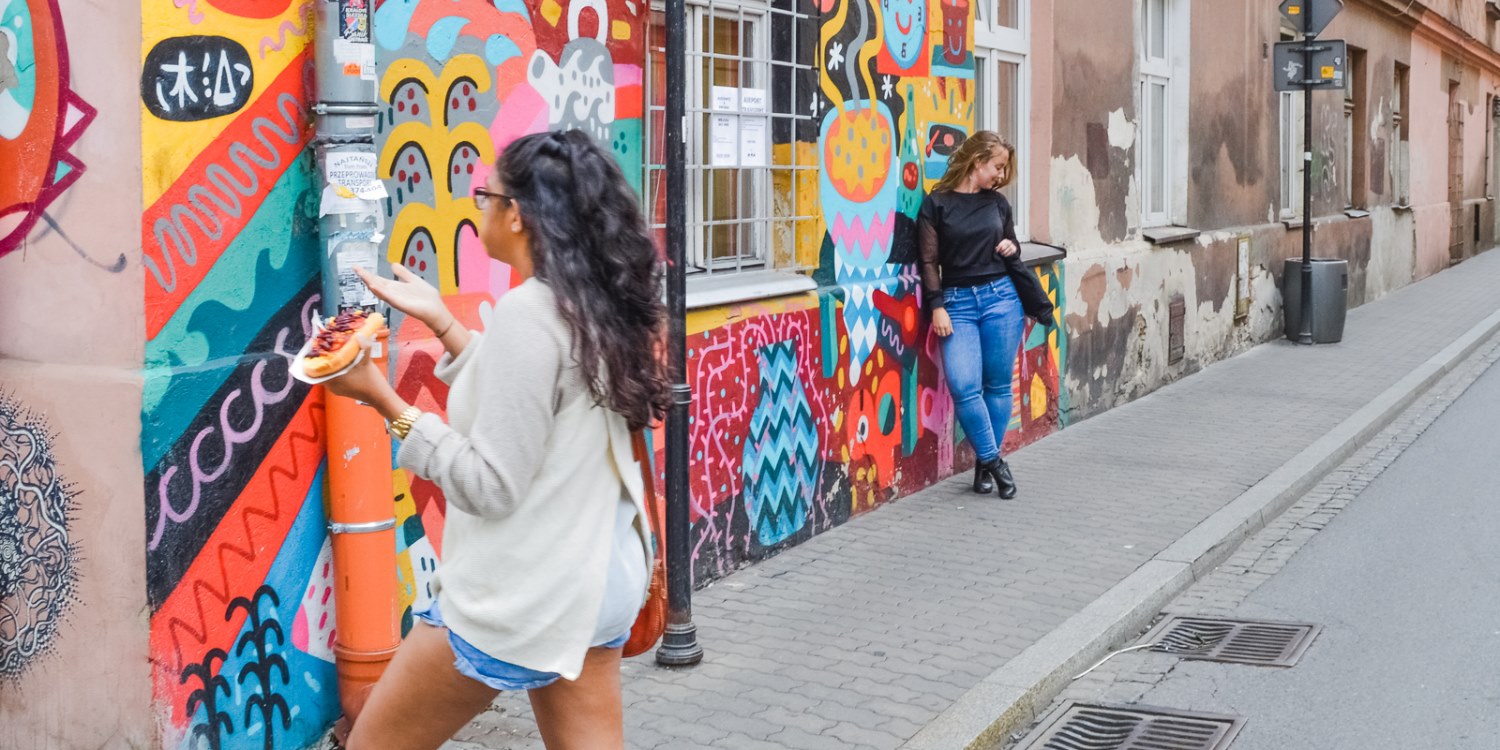 Overcrowded cities like Amsterdam, Barcelona and Venice are plagued by these disappointing establishments: touristaurants. These cities receive such a steady flow of tourists everyday, that many expensive restaurants at popular locations don’t have to worry about the quality of their food. They don’t have to worry about customers never returning, since they can count on a fresh supply of tourists the next day.

When the Museum of Ice Cream opened in 2016, it was pretty clear: the Instagram museum was here to stay. Museum exhibitions around the world have become increasingly ‘optimised’ to visually cater to the smarthpone-carrying masses. Rooms full of vibrant works of art are being paired with hashtags to promote the museums. And understandably, most visitors won’t hesitate to get that gram.

Do you also have that one friend who’s obsessed with uncontrollably pinning all that inspo? Do they spend many hours a day collecting the most fabulous and unrealistic (photoshopped) photos of Mount Bromo, Belgian waffles, and generic waterfalls while slipping in a few cringeworthy travel quotes? Well then, I’m afraid it’s time for a serious pintervention (pinterest + intervention).

Travelistas have been the reigning queens of Instagram for years. Pretty blogger/vlogger girls with beautiful long hair, flowy summer dresses, and oversized sun hats. You’ll find them posing at a temple in Thailand while the sun sets or elegantly lounging near a pool with a flamingo floaty. That’s just what they do best: combining their wanderlust with a passion for fashion (travel + fashionista).

If I’m going to mention the travelista, I can’t ignore her better half: the Instagram husband. Many travel influencers have recently paired up with their partners to run their businesses, often leaving much of the filming and photography tasks to their boyfriend or husband. Nevertheless, even two close friends can function as each other’s Instagram husbands, so gender isn’t a super important factor here. What matters is that those who gram together, stay together.