Twinkle, twinkle little star…could a city sparkle more? Christmas in London is all about the lights and let’s be honest, apart from Wham!’s ‘Last Christmas’ and snowy mountains, what sets a more christmassy mood than a beautifully decorated city starring thousands of lights? If you think the 5th season of the year starts in December, you’re mistaken: highlight early November as the start of your Christmas celebrations, because that’s when the famous lights in Oxford Street are switched on to look down on thousands of Christmas shoppers during the following weeks. 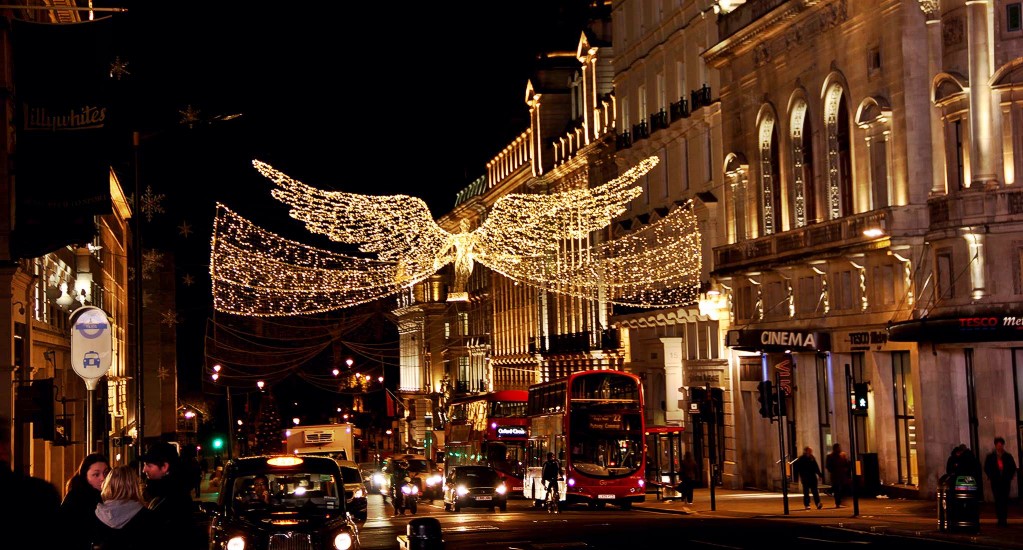 But it’s not only Oxford Street that is beautifully lit: Covent Garden sparkles just as the angels flying above Regent’s street do. Get your old ice skates out to feel the ultimate Christmas vibe at one of the ice rinks: You can re-activate your ice-skating skills in front of the Natural History Museum, at Somerset House, in Canary Wharf, the Tower of London…Just make sure to book your ticket in advance for a wintery experience in the middle of the city! 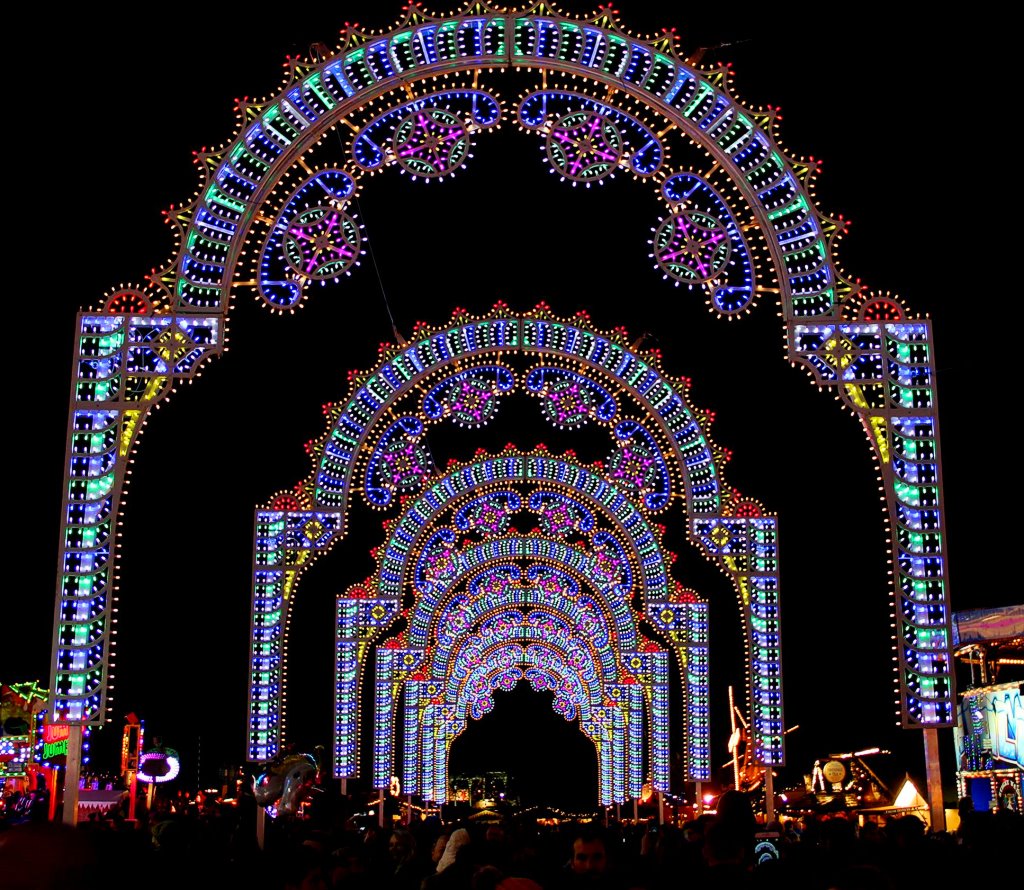 Another ice rink is waiting between food stalls and rollercoasters at Winter Wonderland in Hyde Park. To me, the concept of Winter Wonderland is the most American thing ever…EVER. So you can imagine my surprise when I got told that ’Oh this is a German fair, right? ’. Even though it’s nothing (NOTHING) like a German Christmas market, it’s good fun being surrounded by Sauerkraut, Käsespätzle and Kaiserschmarrn. Apart from that, they’ve even imported the original rides from Octoberfest. There are stalls selling handmade crafts and sweet treats. Of course, you can also warm up with a cup of mulled wine or cider. What else could you ask for?

If you prefer a rather quiet market to busy and crowded Winter Wonderland, head for smaller markets such as Southbank Christmas market: Just a few metres from the London Eye by the Thames are a few little stalls selling fairy lights, crepes and candles, you can try different cuisine’s street food or enjoy the view of the city from a giant chain carousel.

Hey there! I’m Cari, I’m currently living in Germany, but the world is my home. Since I’ve lost my heart in Australia at very young age, I take every chance to go on an adventure, meet interesting people and hear their stories. Apart from that, I’m passionate about filmmaking, photography, sports and cooking! I cannot wait to share my experiences with you on Globonaut , so come and travel with me!