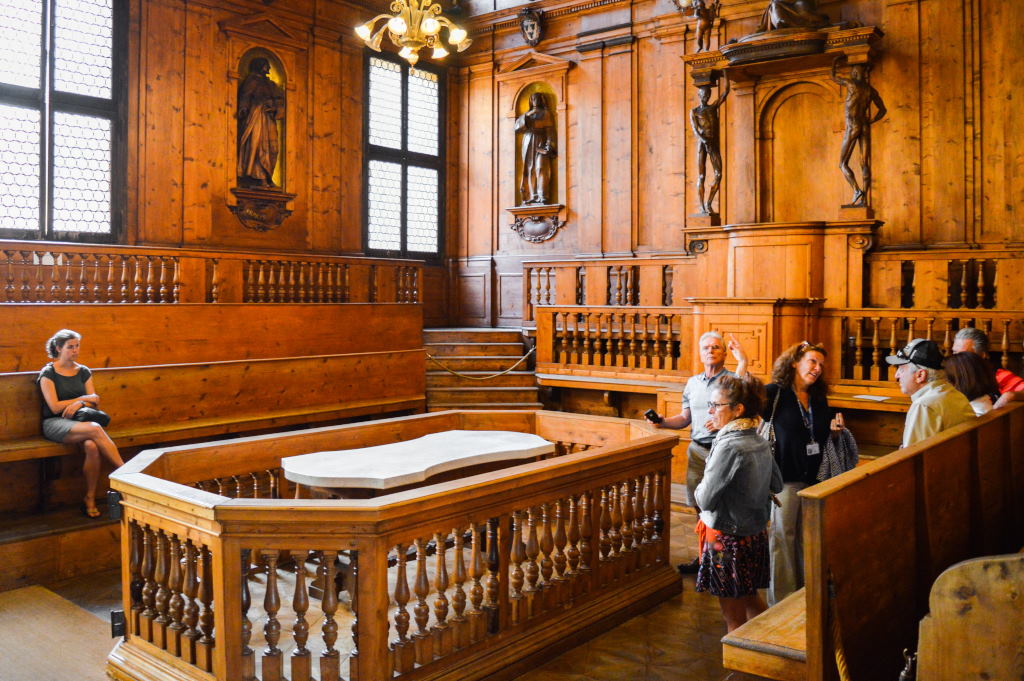 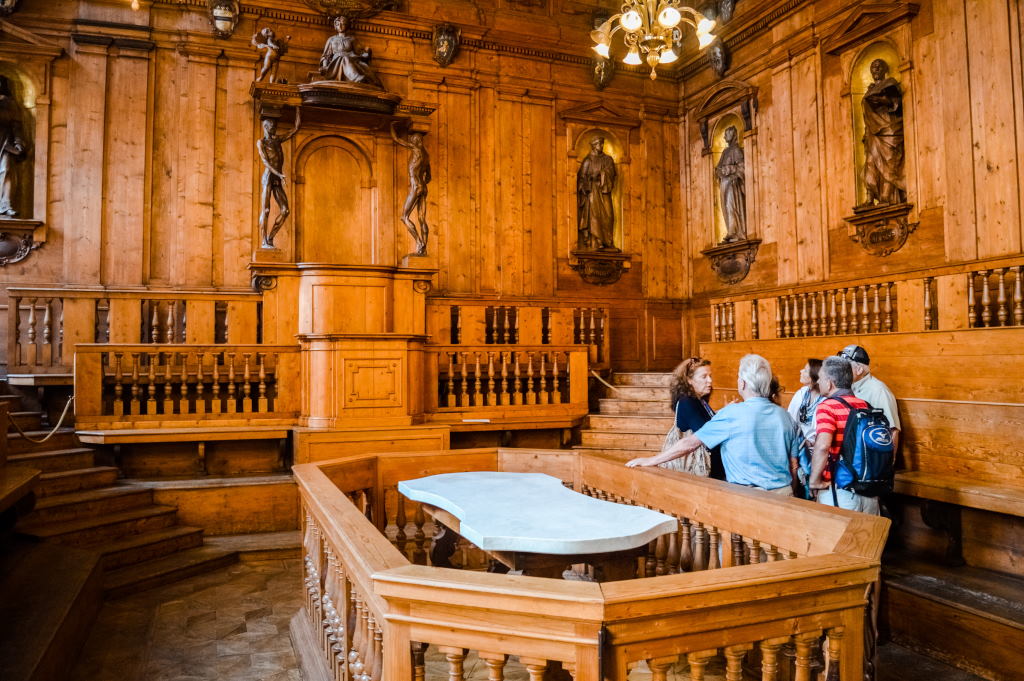 Nowadays, anatomical theatres usually use techniques like digital projection on a model, avoiding the use of organic material. This wasn’t the case is in the olden days. In the early modern period, students would take their seats around the marble table in the middle of the theatre. A lecturer would then take his seat in the teacher’s chair and lead the session. The lecturer would explain methods of dissection and teach the students about human, and sometimes animal anatomy.

The Myths of Public Dissection

Surprisingly, teaching anatomy wasn’t as controversial as you may think. In fact, public surgeries and dissections were highly popular events for a while, attracting spectators who weren’t necessarily medical students. A 19th-century myth, however, persists to this day. This myth tells the story of dissection as a dangerous event, as the Catholic Church had supposedly called it an illegal medical practice.

This 19th-century myth tells the story of dissection as a dangerous event, as the Catholic Church had supposedly called it an illegal medical practice. In reality, the uterus became a religious symbol for the mystery of the origin of life, so the church actually sanctioned the dissection of female bodies.

The opposite was actually true, according to historian Katharine Park, as the Catholic Church was highly interested in dissection of the human body. Leonardo da Vinci never had to hide his dissections, Park explains, as the practice was already an accepted method in the Middle Ages. Dissection research began in Bologna around 1300 and by the time of the Archiginnasio theatre, the church actually developed a special, yet slightly morbid interest in the female body.

+  How Euro Coins are Designed in Paris

The uterus specifically became a symbol for the mystery of the origin of life, so the church regularly sanctioned dissections. Moreover, this interest from the church was one reason behind the development of autopsy as a medical practice. Autopsy itself, she argues, started with embalming, so the link between religion and early medical science has been strong from the start.

A Violin to Ease the Innocent Mind

Legal or illegal, witnessing a dissection lesson was not for the faint-hearted. Dissections almost always took place in the winter months, since temperatures would otherwise be too high. In summer, the corpses would decompose too quickly and spread an incredibly repulsive smell. When the dissections did take place, there would usually be a flutist or violin that would perform during the session.

This musician was employed to ease the minds of innocent students and distract from the ‘unsavoury’ scenes on the marble table. Still, nobody was really allowed to become too comfortable with the idea of death. There were often skeleton models in the corners of anatomical theatres, inscribed with the text “memento mori”, or “remember you will die”.

Usually, a flutist or violin would perform during the session. This musician was employed to ease the minds of innocent students and distract from the ‘unsavoury’ scenes on the marble table. 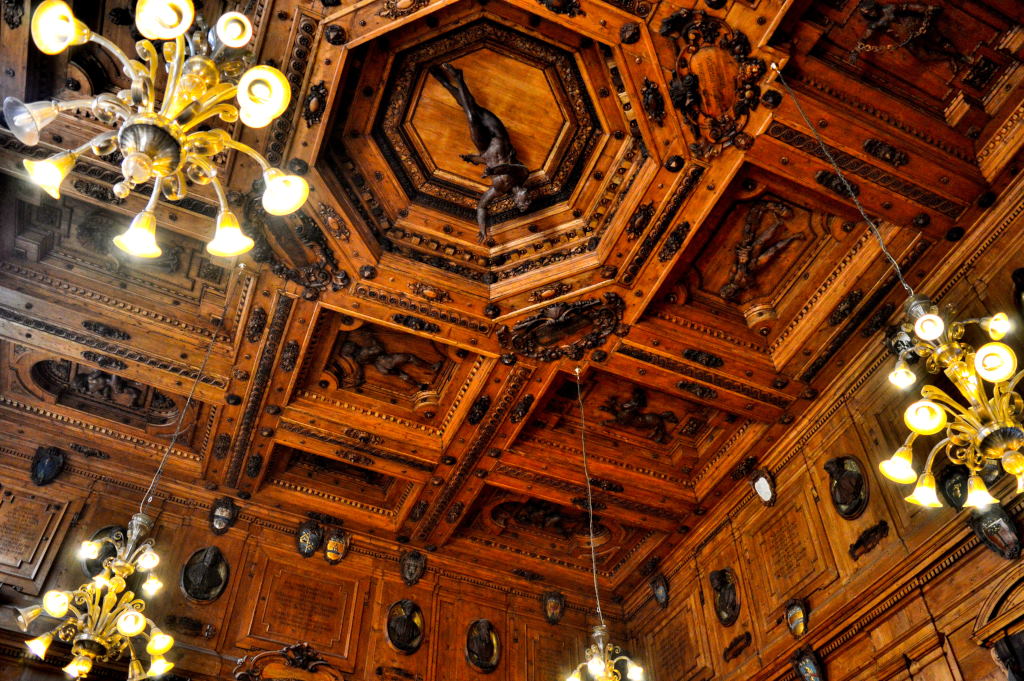 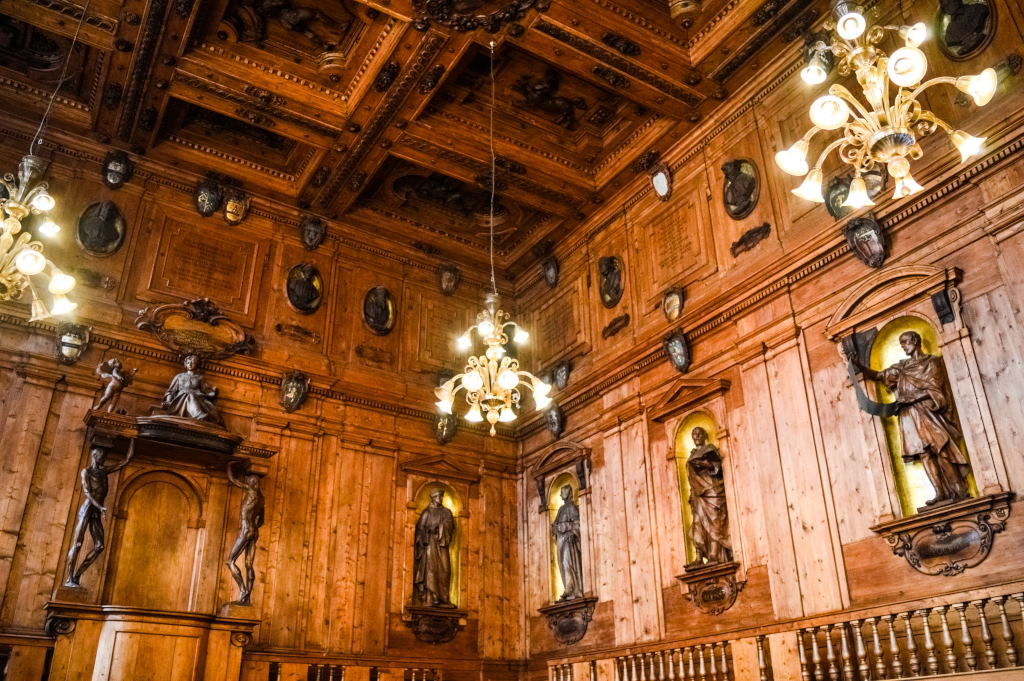 The Turbulant History behind the Anatomical Theatre in Bologna

The Archiginnasio anatomical theatre is a unique architectural piece of historic heritage. It is very rare too see entirely wooden theatres, especially with such skillful artistic design. The wooden statues along the walls represent ancient physicians like Hippocrates, but also medical figures like Gasparo Tagliacozzi, a pioneer of plastic surgery.

Eventually, the Archiginnasio experienced its final days as a university in 1803 and shortly served as a primary school. From 1838 onward, the Archiginnasio became the seat of the municipal library. All the while, the theatre survived in its original state. Then, in World War II, the bombardment of Bologna almost completely destroyed the old university. Thankfully, the city managed to rebuild the theatre by using recovered pieces from the rubble.

+  Tenerife: This is Where they Test Space Robots

Visiting the Anatomical Theatre in Bologna